The future of Hearthstone after the Patron Warrior nerf 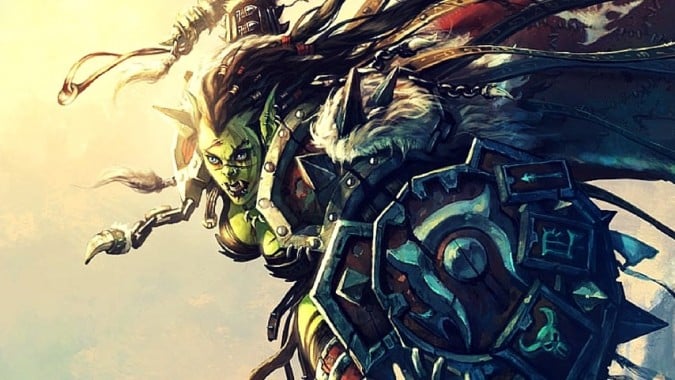 Big news happening in the world of Hearthstone this week. Warsong Commander is being changed and losing the Charge aspect of the card description. It no longer grants Charge to minions, period. Longer term players will remember that this isn’t the first time Warsong Commander was nerfed. There was a time where Warsong Commander granted all friendly minions charge and we saw big minions like Molten Giants being played with Youthful Brewmasters returning them back to hand.

Ben Brode released a video further explaining the reasons behind the nerf on a Developer Insights video on the Play Hearthstone channel.

The problem wasn’t with the multiplying 3/3 Grim Patrons.

It wasn’t even the 20/2 Frothing Berserker.

It was the simple fact that Patron decks had the ability to win games they had no business winning when they were down and their opponent had higher health totals (high 20s). To come back from a completely empty board to winning the game in a turn because their opponent has zero opportunity to respond is crazy. Would increasing the mana cost be enough to save it? Probably not. Sure Grim Patrons couldn’t flood and multiply on the board, but it still meant Blizzard developers would have to keep this card in mind in the creation of future cards. I would’ve liked to see an attack or health buff though.

The Grand Tournament was the next opportunity after Blackrock Mountain for Blizzard to introduce new tools into the game in order to deal with those threats. Chillmaw was the closest thing but it followed a strict deck type for it to be a universal answer and not every class could pull it off. 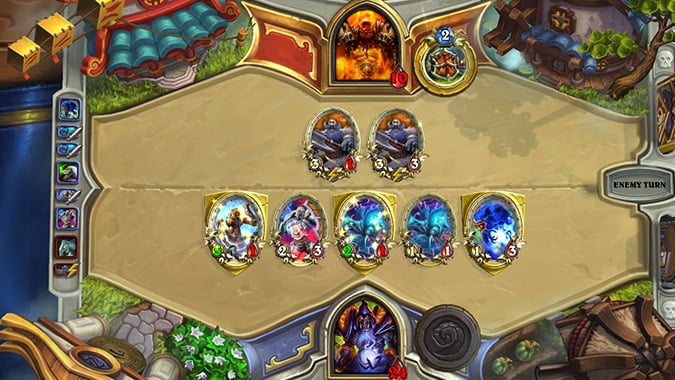 Starving Buzzard and Unleash the Hounds were previously changed. Both of these cards prior to their nerfs created an awesome draw engine powered by your opponent’s board. This allowed players to draw into answers and lead to wins giving opponents no way to respond before they would get overwhelmed.

Remember the old Miracle Rogue before the Gadgetzan Auctioneer and Leeroy Jenkins nerf? The auctioneer allowed Rogues to keep drawing with cheap Rogue spells until they hit copies of their Shadowstep and Leeroy Jenkins which allowed Leeroy to attack for 18 after returning it to hand a couple of times (with Rogue damage spells weaved in before like Headcrack and Eviscerate).

That’s what all of these changes have in common. They all broke those decks because those decks allowed absolutely zero counterplay.

But Matticus, what about Combo Druid? Savage Roar and Force of Nature offer no counterplay either.

Yes, that argument can be made. However, the Druid player needs to have done significant work before hand to whittle their opponent’s health down to 14 health at minimum with an empty board before that combination can be triggered. The other examples listed above provided come back potential where players could be at a significantly higher health total.

Players are scrambling to find ways to salvage the deck. I played a few practice games where both Warsong Commander and Frothing Berserker were removed. I still got my butt kicked but it didn’t seem to happen as often. Yes, the Patrons were still multiplying but either I had a way to deal with them or I didn’t and the games were won and loss on that account. Warsong Commander won’t give Patrons the board sweeping ability but Inner Rage, Death’s Bite, and Battle Rage are still available and interact well. Commanding Shout could be viewed as an alternative. The deck needs to be redesigned so that Warriors can fight and secure board control. Without it, they’ll lose for sure due to the removal of the comeback mechanism that Warsong Commander provided. Three Grim Patrons aren’t something that can be ignored (and believe me, I tried it to see if I could).

Oh yeah, Raging Worgen and Charge used to be a thing. 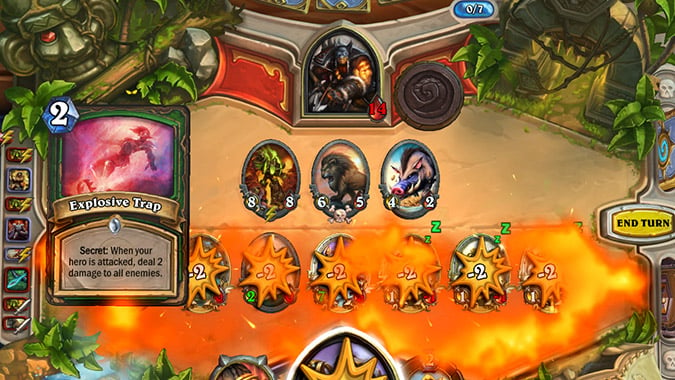 Which decks will succeed and fail?

Paladins seem to be the clear winners here. Both Midrange and Secret Paladins should see significant action on the ladder. Early game minion tricks with Redemption won’t be punished as hard with Grim Patrons being generated over and over again. In most cases, the chain of secrets can be properly played around and dismantled. The deck doesn’t seem to be as one sided these days.

In fact, just about every other class received an indirect buffed. Patron decks did an excellent job of stonewalling aggro decks. The popularity of Paladins (especially Secrets) means the return of Hunter decks, which took a bit of a back seat in recent months. Face Hunter was all but removed simply because it could not compete against an army of minions that multiplied itself (or generated armor from Armorsmith). Hybrid Hunter is another excellent option despite the slower speed compared to Face. They have one of the best anti-Secret cards in the game with Flare. The demotion of Patron Warrior decks might lead to some shrewd players experimenting with the Shaman class again. Is it possible for them to rise up or will Overload problems continue to plague the class? Lastly, Zoo Warlock decks are in the same region as Face Hunter decks with comeback potential. Gormok the Impaler from the Grand Tournament offers intriguing possibilities. I’m also anticipating Tempo Mage to remain a factor. Poor Rogues might even begin to see action against Paladin especially with their board clearing abilities (like Fan of Knives and Blade Flurry).

That’s the beauty of it now. There many different deck options for players and any of them can be competitive at any given moment allowing for counterplay by other decks! I’m anticipating some back and forth action in the meta.

Don’t view this as a setback. Think of this as an opportunity. Can you create a competitive Patron deck with the new Warsong Commander restrictions?