Lightsworn: Taking your Paladin from Holy to Retribution 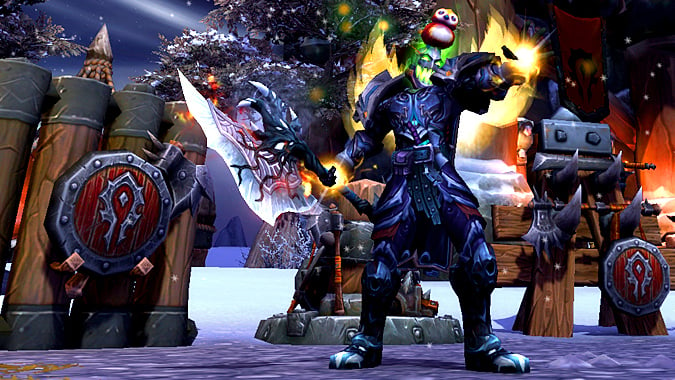 You were always afraid this would happen. The boss dropped a two-handed strength sword, and the Fury Warrior didn’t want it, the Unholy Death Knight already had it, and the Retribution Paladin had skipped raid to watch the baseball game. “Guess it’s yours, you can use it for offspec!” said the loot master cheerfully, shoving it into your inventory. But I don’t have an offspec, you thought fearfully. I’m Holy only. I don’t know how to play Retribution! I wouldn’t even know where to begin!

Chin up, champ! Having a Retribution offspec can actually be pretty convenient! You can do Garrison Invasions, fill a DPS slot in heroic or Timewalking dungeons, check out Brawler’s Guild — the list goes on. Sure, it’s fun to be a Shockadin, but remember, while the Shockadin is okay for soloing dailies and quest content, it’s really not meant for any sort of group activity. Sometimes an actual DPS spec is what you need.

Fortunately, being familiar with the Holy toolkit means you already know quite a lot about how Retribution works! Let’s explore the differences and similarities between these two specs.

Despite being entirely different group roles, it turns out that all three Paladin specs have a lot in common! They’re all designed around generating and spending Holy Power, and while each spec has their own unique spells, there are also numerous abilities that are shared across the board. We’ll only be looking at Holy and Retribution here today, but if you’re making the jump to Protection from one of the other specs, you’ll quickly see the similarities and ability overlaps I’m talking about.

Keep in mind that this is not intended to be any sort of in-depth Retribution guide — for that, I’ll direct you instead to Dan’s expertise. My hope is that after reading this, Holy Paladins who are maybe a bit apprehensive about trying Retribution feel a little more comfortable about giving it a shot, after seeing how similar the toolkits are. 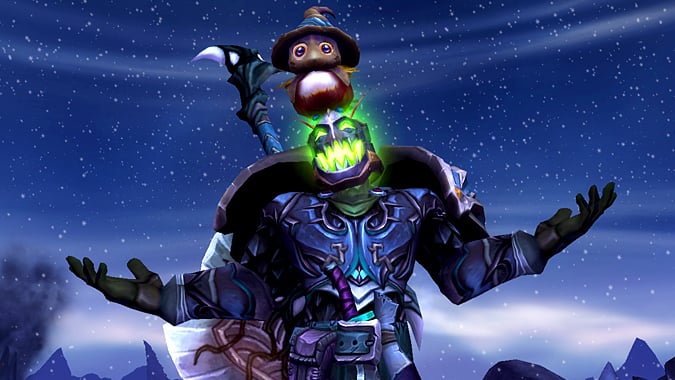 Besides the convenience and versatility of being able to fill a second role, there’s actually a very good reason to try out Retribution in your spare time — it will make you a better player. In my opinion, the best World of Warcraft players are those who have experience playing different group roles, and have seen the game from both melee and ranged perspectives. As healers, it’s all too easy to get frustrated at melee teammates who seem fond of standing obliviously in fire, cheerfully burning away. But as the old adage goes, spend a few hours in their shoes staring up at a huge boss butt while spell effects explode blindingly around you, and you’ll quickly come to realize and better understand the different sorts of hardships melee players face during a fight.

Another reason to give Retribution a try, especially for us Holy Paladins, is to become comfortable with standing in melee. While we can certainly stand at range with the other healers, there are many fights where it’s advantageous for us to be in close so we can contribute interrupts and/or stuns. Hellfire Assault, Shadow-Lord Iskar, Socrethar the Eternal, Xhul’horac, and Tyrant Velhari are all fights where interrupts are essential, and that’s only in Hellfire Citadel! 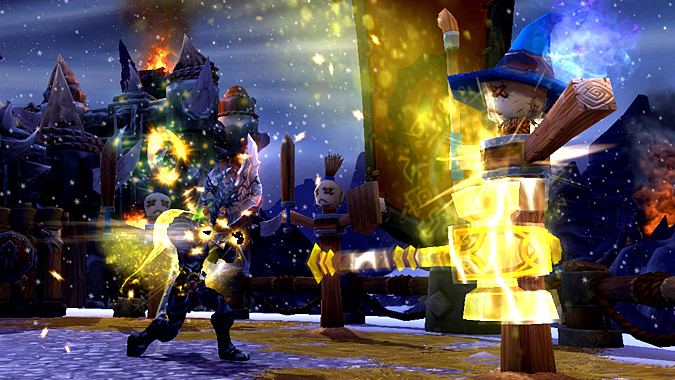 Unlike some of the other hybrid classes, all three Paladin specs utilize the same primary resource: Holy Power. As Holy, we accumulate Holy Power with Holy Shock, Holy Radiance, and occasionally Crusader Strike, before spending it with Word of Glory/Eternal Flame (single-target heal) or Light of Dawn (AOE heal). Build Holy Power — spend Holy Power! Nice and simple. 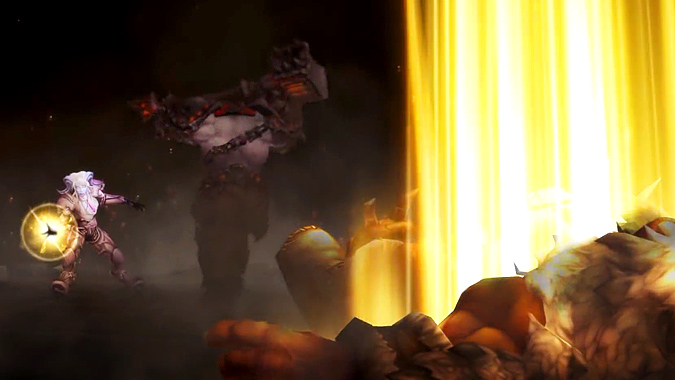 It’s more likely than you think!

Unsurprisingly, Retribution loses access to Holy mainstays such as Holy Shock, Holy Radiance, Light of Dawn, Holy Light, and Beacon of Light. However, in addition to Word of Glory as mentioned above, Retribution does get to also keep Flash of Light and Lay on Hands. Both of these spells can prove quite handy in emergency situations — Lay on Hands is always an amazing panic button, and while Flash of Light isn’t especially spectacular by itself, when paired with Selfless Healer it becomes a reasonably strong instant-cast heal every half-minute or so.

While Retribution will never put out impressive overall healing numbers, being able to chip in with a timely heal every now and then is definitely a valuable group contribution. As healers, we above all others should truly appreciate this.

Here’s where Holy-turned-Retribution Paladins will really see a lot of familiar spell icons. Retribution has access to almost ever utility spell that Holy does, including all three of our Hand abilities (Hand of Freedom, Hand of Protection, and Hand of Sacrifice), our stun, our interrupt, our taunt, and even Righteous Fury. In both specs, Avenging Wrath remains our lone throughput cooldown, we still bring Blessing of Kings or Blessing of Might as raid buffs, and we still get Divine Protection and Divine Shield as personal defensive options.

As far as differences go, there’s only a few. Retribution doesn’t get Devotion Aura, which is unfortunate but understandable, and although the spec retains Cleanse, Retribution’s version only works on Poisons and Diseases. On the other hand, Retribution does gain Emancipate, and brings Versatility as a raid buff. 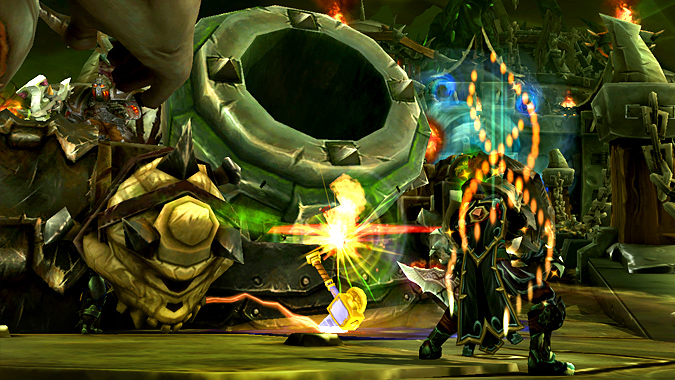 As is often the case, some Retribution talent choices are better than others, while others vary wildly based on the boss encounter and personal player preference. Holy Paladins trying out Retribution may be tempted to stick with the same talents they’re accustomed to from healing, but this is not always a good idea — two of the most popular Holy talents, Eternal Flame and Holy Prism, are in fact actually quite poor choices for Retribution.

Eternal Flame is one of the more popular Holy Paladin talents, since it continually stacks our Holy Mastery shields, and since our other Holy Power spender, Light of Dawn, is quite weak. However, Eternal Flame is a downright bad talent choice for Retribution! Retribution doesn’t get Illuminated Healing, and the heal-over-time effect itself is quite weak. Most importantly, however, is the fact that Retribution Paladins should not be using Holy Power to heal, but to deal damage. While the mental adjustment might be difficult for long-time healers to get used to, when playing Retribution it’s better to let healers worry about keeping everyone topped up, and instead focus on killing the boss as fast as possible.

Similarly, Holy Prism’s beefy AOE healing makes it an amazing Holy talent, but when it comes to damage, Retribution is better off with Execution Sentence or Light’s Hammer. It’s interesting to note that one of Holy Prism’s strengths for Holy spec is one of its flaws for Retribution — having a short cooldown is great for Holy since it allows us to AOE heal more often, but for Retribution a short cooldown means having to devote more global cooldowns to its use, which detracts from overall damage output.

No glyph really performs differently for Retribution than it does for Holy, but it’s worth mentioning that Glyph of Hand of Sacrifice is perhaps even more mandatory as Retribution, since you have less control over your own health. Helping your tanks with a mitigation cooldown isn’t quite as attractive when the resulting transferred damage gets you killed! 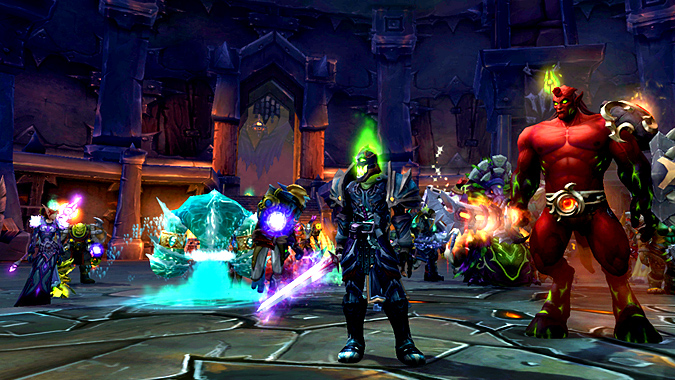 Playing melee isn’t for everyone, and let’s be real — this is the Holy Paladin column, and we all know that being Holy is way cooler. But if a nice strength weapon happens to fall into your hands, or if you want to see how our DPS cousins live, go ahead and give it a shot! The Holy Power is the same, most of the spells are the same, and you might end up discovering that hey, Retribution isn’t that scary after all.

Blizzard Watch is made possible by people like you.
Please consider supporting our Patreon!
Filed Under: Holy Paladin, Lightsworn, Retribution Paladin
Advertisement