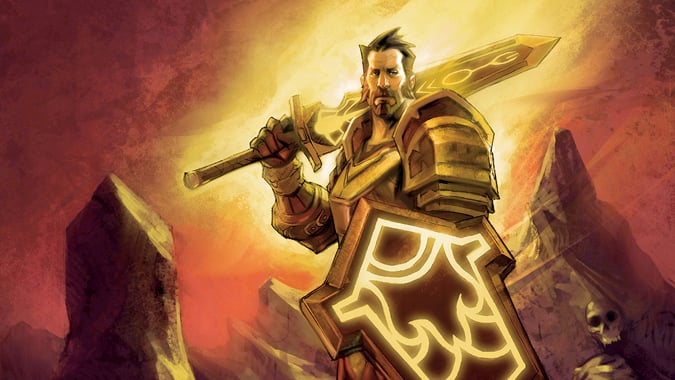 A little more than four years ago — where does the time go? — Ghostcrawler posted a Dev Watercooler that would change tanking forever. In “Threat Level Midnight,” Ghostcrawler outlined what would come to be known as active mitigation, promising to “shift more tank mitigation to require active management.”

We’ve been tanking under this new regime for the length of an entire olympiad now. It’s been tweaked and improved a few times from class to class as the expansions passed, and now the question is: has this new system been an upgrade? Is tanking more fun now with active mitigation than it was before, and are there improvements that still could be made? 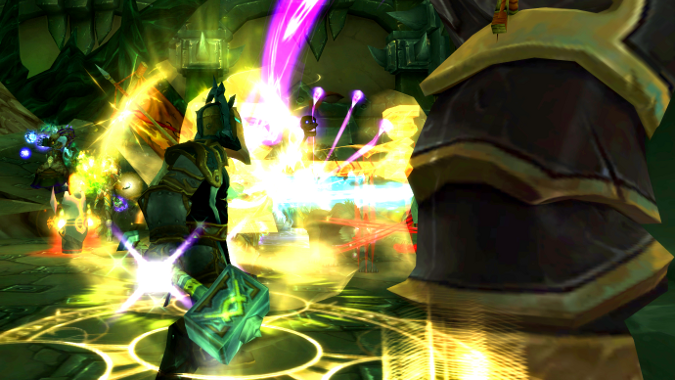 According to Ghostcrawler, the case against having to actively manage threat centered around these five key points:

For the most part, he was not incorrect. Without active mitigation, gearing for hit and expertise did not feel particularly satisfying. Running group content with a tank that did a poor job at generating threat was terribly frustrating. And some tanks could have a bear of a time juggling encounter mechanics with threat generation. I disagree strongly on point four, but that’s my personal opinion. I’m sure there are many others that agreed with Ghostcrawler.

I don’t want to completely re-litigate the removal of threat (at least not this week!) but I do want to recognize what we’ve lost. When threat was something we cared about and had to actively watch, it gave us an angle of interaction with the DPS that we no longer have. With threat, it was up to the tank to raise the threat ceiling as high as possible so that DPS could deal as much damage as they could manage. Without threat, the only way we really interact with DPS is by facing the boss in a direction that advantageous to them.

When that distinction was lost, the line dividing tank gameplay from DPS gameplay eroded substantially. This then leads to my next concern about the removal of threat, which is whether the threat management meta was replaced with something that required a similar amount of effort and mental bandwidth to handle. 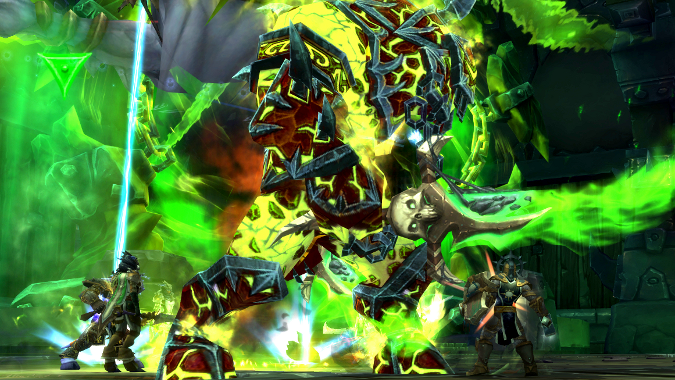 An excess of tanking bandwidth

Personally, I find that tanking an encounter is a lot like driving. I’ve been driving for long enough that my subconscious often takes over in that wonderful and terrifying phenomenon of highway hypnosis. What powers that is apparently called automaticity, where someone does something so many times that repetition has made an action more habit than a conscious activity.

This strikes me a lot when tanking. On some encounters the pattern of behavior that I need to follow to tank the encounter — what fire to step out of, what point to pop a cooldown — is so rote that I can turn off my conscious brain and just autopilot through the fight.

If I am driving on a road with constantly changing speed limits or traffic lights, it’s a different story. The changes in speed and intermittent starting/stopping can bring me back into the moment. There’s a reason we don’t call it “school zone hypnosis,” after all!

I felt that threat kept me more engaged in a fight. I had to keep an eye on that DPS creeping up the meters so that I wasn’t impeding their full damage-dealing potential.

Today, without threat, I am finding myself more and more likely to become bored when tanking certain fights. This is not an issue that Ghostcrawler did not potentially foresee. He himself said in that watercooler post that “We have always been concerned that if threat was not a big part of tanking gameplay that tanks might get bored just waiting around until it was time to use a cooldown.” He immediately dismissed that argument, but I don’t think he should have been so hasty. Four years later, he seems to me to have been accidentally prophetic. 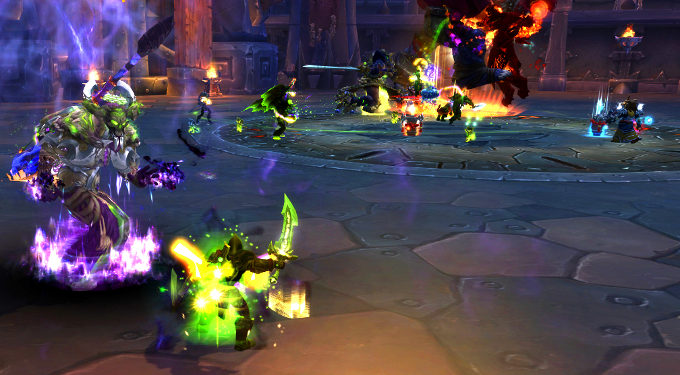 Are we better off now than we were four years ago?

As a whole, I think active mitigation is a decent system, but I also think it is hampered by several issues that keep it from reaching its full potential. For starters, I don’t think that active mitigation was a 1:1 replacement of threat management, and this has left us with a deficit of how much attention is required to tank. As a result, I think tanking has become more boring. We went from juggling threat, cooldowns, and our rotation to only our cooldowns and rotation.

We lost complexity in the tank meta, and as a result, the “specialness” of tanking an encounter is diminished. Realistically, sometimes when tanking I really don’t feel any different from a DPS that has to stand in front of the boss. I’m going through my rotation and improving my defenses as a result, but outside of certain encounters where I am explicitly rewarded by properly timing Shield of the Righteous, I am not specifically timing when I use my normal rotational abilities. Muscle memory makes working through the rotation a habit, like driving down a long straight highway. Boredom inevitably follows.

Threat was a flawed system but at least it required some extra attention from time to time. Active mitigation is equally flawed because it does not seem to have lived up to its promise. The “active” word implies that the tank has to actively spend mental bandwidth in improving their defenses. Instead we have a system where we work through our rotation, generate Holy Power, and then dump Holy Power in one of two options — and that choice does not offer particularly compelling gameplay either.

Do I feel like tanking is better now than it was four years ago? Is active mitigation a success? The answer, for me right now, is no. I enjoyed tanking a lot more when it felt more visceral because I had that additional angle of interaction with the DPS, trying to push the threat ceiling as high up as I could reach.

I am one of those sick individuals that loved that first thirty seconds of combat where you had to scream out of the gates because a Mage could POM–Pyroblast themselves into an early grave. I liked that tinge of stress that went hand-in-hand with tanking a particularly complex fight and the satisfaction of coming out on top on the other side of the encounter, soaked in adrenaline.

But that’s also just me and my opinion. I believe that the success of active mitigation varies from tank to tank precisely because the ultimate virtue of the new system came from the removal of threat that preceded it. As Ghostcrawler alluded in his five-point case against threat, removing threat management from tanking has made that role more accessible to a wider audience. Active mitigation, threat’s replacement, did not add any particularly complexity in threat’s wake, and so the newly gained accessibility of the role was preserved once threat management was itself mitigated.

By that metric, active mitigation has undoubtedly succeeded.

However, how many tanks now feel left behind because tanking doesn’t offer the same kind of gameplay that they once enjoyed?