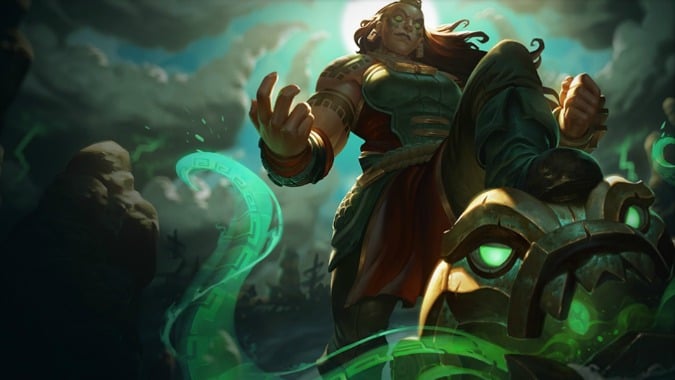 Riot’s latest champion uses her unwavering spiritual belief to knock her enemies into next week.

Last week Riot announced the next champion to enter the fray, and this one is one of the most unique so far. Illaoi, The Kraken Princess, is a brawler-class champion, meaning she is a combination of powerful attacks and a high health pool. Her kit is centered around the use of her god’s idol to attack the very soul of her opponents. In fact, one of her moves is to literally rip the spirit from the enemy.

Her gameplay relies largely on her passive, which summons spirit tentacles in her lane. While her Q is a line attack, her W ability allows her to charge her opponent for damage, and then any nearby tentacles will also attack the target for additional damage. So the longer she stays in the lane, the more tentacles spawn nearby, and the more damage she does with this attack. 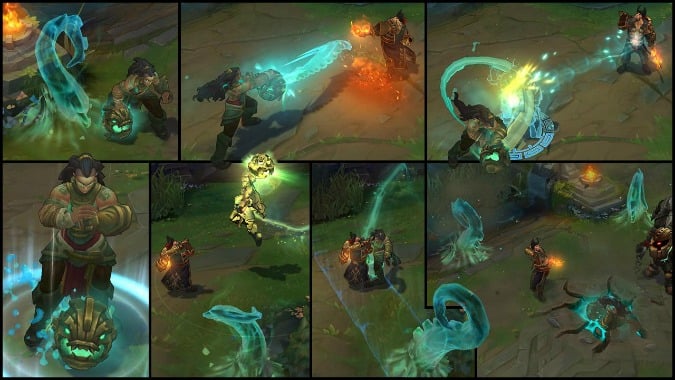 Her E ability is the real signature move. It’s a skill shot that tears the spirit from the target if it lands. Attacks on that spirit also damage the enemy. If the spirit is killed the enemy is slowed, but that’s not all. If the enemy flees too far, they also get the slow applied to them, allowing one of Illaoi’s teammates to finish them off easily. And in either scenario, tentacles will start spawning around the enemy and strike out for damage. There truly is nowhere to run when hit with this ability.

Low on tentacles? Illaoi’s ultimate slams the ground for AOE damage and summons a tentacle for every enemy caught in the damage blast. It also lowers the cool down of her W, which commands nearby tentacles to attack the target for additional damage. Jumping into a team fight with this can position Illaoi to dish out massive damage to every enemy in range.

Once she spawns enough tentacles in a lane Illaoi will be deadly, but she is vulnerable to ranged attackers unless she can steal their spirit and damage it heavily. She can also use that ability to harass an enemy focusing on an objective like a dragon. Ultimately, if she is paired with a support, she can work her way into an enemy group and be an absolute terror.

Illaoi also has a unique aspect to her creation. A champion development spotlight revealed that all female LoL champs use the same model. Not only that, but every bruiser champion released so far had been male. So the devs decided to tackle both of these issues at once with a female brawler who was beefy and confident in her physicality. Representation is always welcome, and it’s great to see Riot pushing the boundaries of what can be done with new champions.

Blizzard Watch is made possible by people like you.
Please consider supporting our Patreon!
Filed Under: Brawler, Illaoi, League Of Legends, Riot, The Kraken Priestess
Advertisement