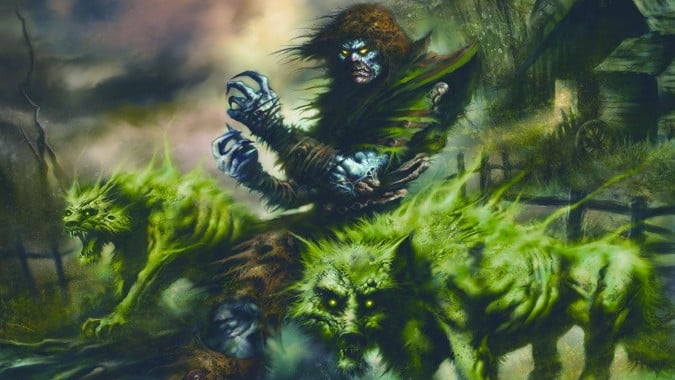 Before the coming of the Scourge, led by Prince Arthas Menethil, only one Human was considered worthy enough by the High Elves of Quel’Thalas that he gained entry into the Farstriders, the elite Rangers of Silvermoon. More than that, only one Human moved through the ranks until he attained the rank of Ranger Lord, one step below that of Ranger General, appointed by the then-Ranger General herself Sylvanas Windrunner. Nathanos Marris was that man. A hero of the Alliance of Lordaeron even after the High Elves left, Nathanos was renowned throughout the kingdoms of man for his skill and cunning.

Yet he still died.

Worse (depending on your point of view) like many other victims of the Scourge, he didn’t stay dead. Risen from the dead as an mindless wretch, Nathanos was just another tool of the Lich King until his former Ranger General found him, and brought him fully into her service. In a faction where fanatical loyalty to Sylvanas is a common theme, Nathanos Blightcaller eclipses others — he cares nothing for the Horde or the Alliance, his loyalty is wholly to Sylvanas.

But who is the Blightcaller? How does he serve Sylvanas, and why did she feel the need to call him out of the Scourge’s grip to be her Champion?

There will be spoilers for Legion at the end of this post. 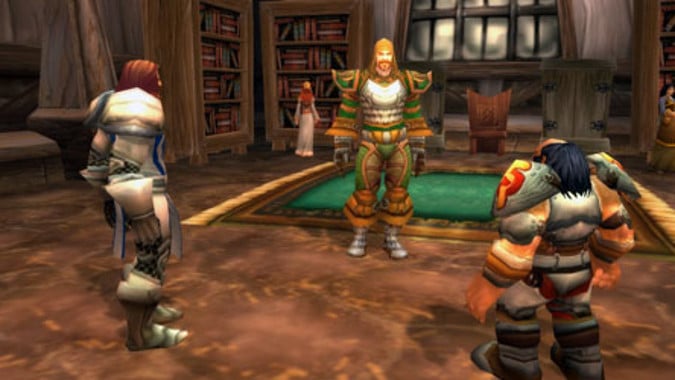 We know that Nathanos Marris spent time in Southshore, and had a family farm (the Marris stead) in what is now the Eastern Plaguelands, but then was a part of Lordaeron south of the Elven lands of Quel’Thalas. We don’t know how he made the acquaintance of Farstriders — perhaps they encountered each other during the Second War when the forces of humanity aided the Elves against the Amani Trolls and the Horde who were attacking SIlvermoon. It was at this time that the Windrunner clan was almost wholly destroyed by Orcs, save for the three Windrunner sisters. So perhaps this gave Sylvanas more of a reason to trust a Human than she otherwise would have had, since it was Humanity under Turalyon who was coming to their aid.

Whatever the case, after the Second War, while Alleria pursued vengeance beyond the Dark Portal, Sylvanas was rebuilding the Farstriders. It seems likely that during the period after the Alliance Expedition to Draenor but before the High Elves officially severed ties with the Alliance in order to retreat back into their preferred isolation (having discharge the debt Anasterian Sunstrider owed to the Arathor bloodline of Anduin Lothar in the process of helping stop the Orcish threat in the Second War) that Sylvanas recruited and trained Nathanos. What’s clear is this — whatever challenges and trials the Ranger General posed, Nathanos met and exceeded them. The two soon became close. Other Rangers such as Halduron Brightwing and Renthar Hawkspear noted that Nathanos and Sylvanas were close indeed, although none could specifically state exactly what their relationship was. But however close they were, Sylvanas trusted and respected Nathanos’ acumen, promoting him to Ranger Lord against the express wishes of then Prince Kael’thas Sunstrider.

When Kael’thas wrote to Sylvanas, demanding that Nathanos (a Human) be denied promotion and indeed be dismissed from the Farstriders, Sylvanas made it clear that she would not follow his orders. She was Ranger General, she would choose who to promote and who served in her order. If the King wished to countermand her, she awaited his command. It never came.

Nathanos was the only Human in the thousands of years of the Farstriders’ existence to ever be so honored. And the Alliance knew it. He was a hero, respected throughout all the kingdoms of Humanity. Even far-off Stormwind knew his name.

The coming of the Scourge

Nathanos’ time as a hero came to an end with the endless waves of undead caused by the Plague of Undeath. Though Nathanos was skilled tracker and stealthy sniper, even he had his limits — and they were exceeded the day Rammstein the Gorger invaded the Marris stead with untold numbers of corpses. No matter how many Nathanos slew, he couldn’t kill enough, and in the end he fell. In death he rose as Scourge, a slave to the Lich King’s will, and as such he remained until Sylvanas fought her way free and in time came to Nathanos, freeing him as well.

With this simple act, Sylvanas reaffirmed the bonds of loyalty between herself and her former Ranger Lord. Seeing himself as a new being, he chose a new name, Nathanos Blightcaller, and began his service to the Banshee Queen as her Champion, her most loyal servant. Whatever their relationship in life had been, in death it was mistress and servant, and there would be no more loyal servant of the Banshee Queen than Nathanos.

Yet after the end of the Third War, enough time passed that the last remaining Human kingdom came to know of Nathanos’ fate as one of the Forsaken. And they would not, could not accept it. In a world where heroes could fall, could die, the idea of the only Human ever to be a Farstrider, the only Human Ranger Lord now an eager servant of the Forsaken was too much to be borne. And so the throne of Stormwind sent a force to do what even the Scourge couldn’t — slay Nathanos once and for all.

They also failed. It appeared that a small army of Alliance descended on the Marris stead and engaged the Blightcaller, but when it was over and the dust had settled, all they had achieved was to force him to relocate to the Undercity. But as if in response, Sylvanas and her Ranger Lord started a new order of Dark Rangers and began the arduous task of recruiting and training Forsaken to wield their arts. In essence, by attempting to slay the Blightcaller the Alliance only succeeded in goading him into becoming even more influential. Ironically, it’s not a path he likely would have chosen on his own, for The Blightcaller finds most others utterly disappointing — his only loyalty is to Sylvanas, and, it seems, most of whatever capacity he has to be even remotely tolerant of others as well. 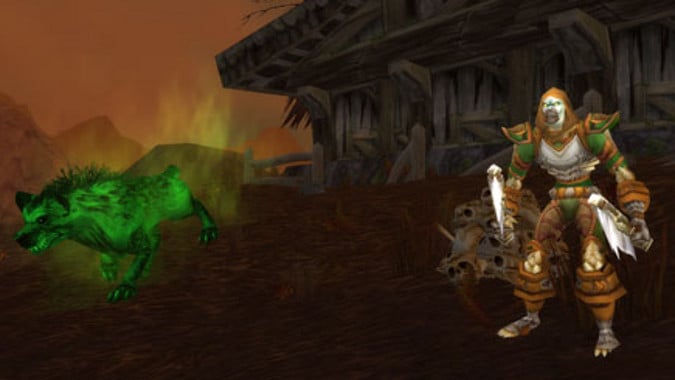 It takes a Legion of demons to hold him back

In Legion, Nathanos serves his Queen with the same ruthless fanaticism he always has. As Sylvanas takes on the role of Warchief, Nathanos is her Champion once more, leading the Forsaken into battle in Stormheim and running into the Alliance forces and their airships. After an aerial bombardment of the Forsaken Navy, it’s Blightcaller who takes the fight to the enemy, climaxing in a duel with Genn Greymane atop the Skyfire that ends when the airship does.

Nathanos then searches the entire region for his Queen, effectively leading the Forsaken as he once led Farstriders as a Ranger Lord, and proving once and for all that if Sylvanas ever sought to leave her position, there is another who can successfully lead the Forsaken, if only because he embodies their ruthlessness, their fanaticism and their utter disdain for the living as few can.

What role does Nathanos ultimately play in Legion? More will be revealed as the expansion goes live. But for now, we know that he’s become essentially the leader of the Forsaken and Warchief Sylvanas’ most loyal servant, and he dealt the Alliance a significant loss for daring to target his Queen. Never underestimate Nathanos Marris, the Blightcaller, former Ranger Lord and current Champion of the Banshee Queen. He does not miss.