Because there is still nothing really new to discuss about Protection Paladins in Legion, I am going to talk about something today that I have never written about in this space: PVP. Forgive me for the outsider’s perspective here and the intrusion into a facet of the game to which I am hopelessly out of my depth, but the next expansion appears to be poised to do something really interesting for Protection Paladins (and all tanks, really) — give them a means of meaningfully participating in Legion PVP.

As a someone who has only really experimented with PVP in the past, this is something that is particularly attention-grabbing. I’ve always been interested in dabbling here and there with the massive, unpredictable battlefields that only PVP can offer — but I’ve always felt excluded because there wasn’t a useful niche for tanks in PVP that would let me enjoy that gameplay in the only spec that I actually wanted to play. If Legion can find a way for tanks to participate in PVP and feel like they are making a meaningful contribution, that will be a massive boon for the role and give tank players a whole new dimension to how they can enjoy their monthly subscription. 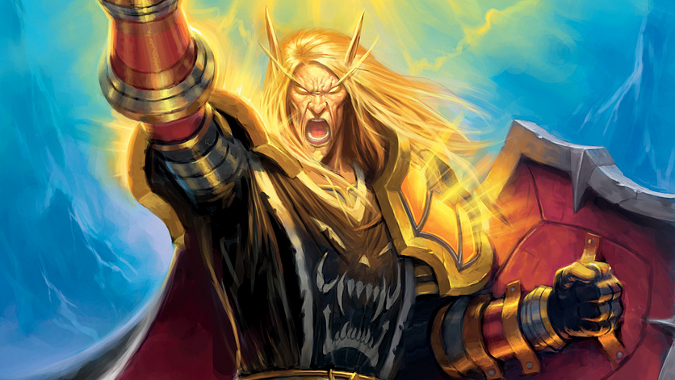 What is changing for tank PVP in Legion

Looking at the PVP talents for Protection Paladins, I see a whole slew of neat ability modifications that I’d kill to get my grubby mitts on during raids. Indeed, the PVP talents seem to do a better job right now of capturing that all important class fantasy than the PVE talents do. Look at talents like Cleansing Aura and Pure of Heart. Both focus on the halfhearted return of auras and put a spin on them that instantly recalls the idea of Paladins in Warcraft 3. The Paladin would gather allies within their aura and then use that holy emanation to protect and shield their allies.

The practical effect of talents like that is that it encourages a major part of the ethos of Paladin combat: allies gathering around Paladins and Paladins seeking out allies to protect. It’s great! Why don’t we have auras with similar incentives in the PVE talents? As of this moment, the only aura we call our own is Retribution Aura and that leaves me wanting more. 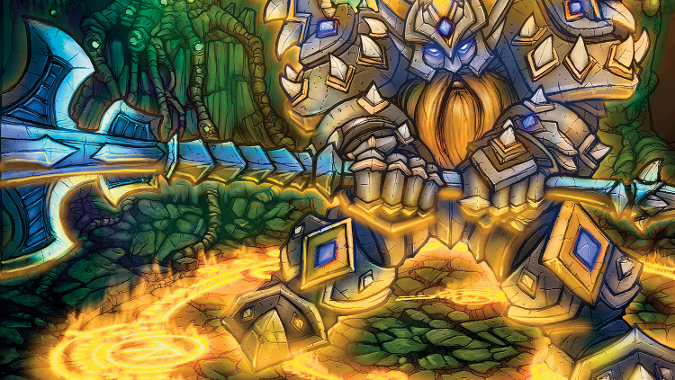 But, I digress! The second tier of talents are where the tanky red meat is, and what we should be focusing on in this discussion. Two of those talents are interesting in how they emphasize the tank role in the context of PVP. One is Relentless Assault, which rewards being attacked by making you more and more dangerous to the enemy (though this bears the stink of essentially being Vengeance for PVP). The other talent is Softened Blows, which incentivizes pushing your hit points as high as possible to reduce how much periodic damage “sticks”.

But the one talent that really jumps out at me, and as a result really gets to the heart of how tanks can meaningfully participate in PVP, is Inquisition. That talent gives one of the major features of tanks in group combat (threat/taunts) a breath of life during PVP combat. Even better would be if taunting was used to “force” an enemy player to attack the tank, perhaps by debuffing damage the enemy players does against anyone except the taunting tank.

One other talent that jumped out to me was Luminescence, which reinforces the idea of a Protection Paladin bolstering the allies around them as they absorb damage. As I mentioned, many of these PVP talents seem to really capture the ethos of the Paladin at War in a way that the PVE talents shy away from. These talents will help make playing a tank role in PVP an appealing prospect, which is something that has been distinctly missing in the past. 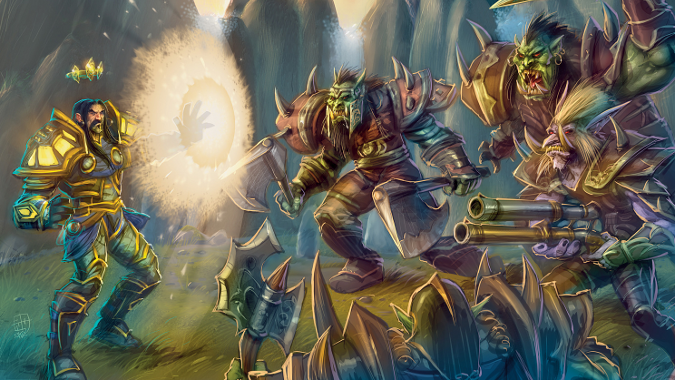 The problem with tanks in PVP

Tanks in PVP have always presented a conundrum to game design. How do you give a player a place in PVP, when the main focus of their role is not dying? That runs contrary to the whole ebb and flow of PVP, which involves players dying again and again and returning to the fight. You can’t allow tank players to be nigh-unkillable because that will upset that flow.

As a result, there are two options available to the designers in how they balance tanks in PVP: tanks can stay almost indestructible but they can’t do any damage, or tanks can be somewhat killable but can do normal damage. If the former, it’s not fun at all because people don’t really play PVP to watch combat with a front-row seat or to stand alone at a flag without ever getting to jump into the fun themselves. If the latter, it doesn’t really seem worth playing a tank if you have middling survivability and middling damage output. If you’re there to deal damage, you might as well PVP as Retribution.

There’s really no easy solution here for the designers. I suppose the best option might be finding a third way where tanks are definitely tanky, but they have a different purpose for engaging in the melee than just dealing damage. As the talents mentioned above indicate, you can experiment with giving tanks a role beyond just damage output or objective guarding. What about giving tanks a role in the thick of it by letting them have a serious effect on the survivability of their team: let them stymie enemies and buff allies with their presence alone. Then tank players can also engage in the roiling tumble of combat and not feel completely left out because they alone cannot kill the enemy.

If that third way is the direction that Blizzard is taking with Protection Paladins and tanks in general in PVP, then I’ll definitely find myself queueing for some battlegrounds come Legion. I’ve always stayed away from the excitement of PVP because I felt there wasn’t really a place for me there, and I was definitely not interested in changing to a different specialization just to engage in PVP. Giving tanks a place in PVP is perhaps one of the stickier design problems in MMOs and other games have done a decent job tackling it. It seems that Legion will be WoW’s time to tackle it as well.