The Queue: Under that Dun Morogh sky 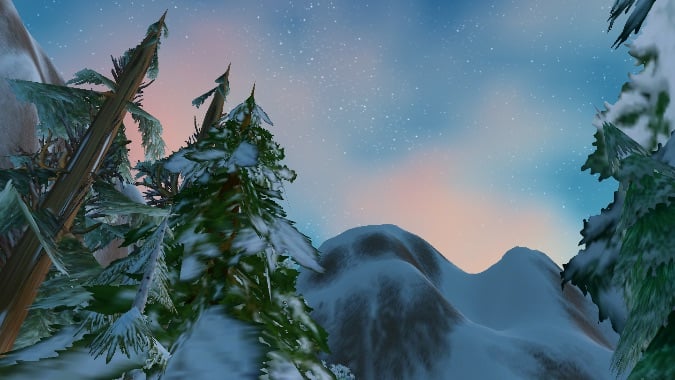 Just a reminder for anyone who might be confused: even though some parts of the country are under weather advisories (including, yes, blizzard watches), our site is not about meteorology. If you are here looking for severe weather updates or road closures, please consult your local meteorologist instead.

But if you’re here for questions and answers that aren’t about the weather… well, you’re probably in the right place.

In DC all the talk right now is about a potential blizzard coming this weekend.

I had blizzardwatch.com’s homepage open on my second PC’s screen here at work and a coworker saw it and said “Wait, is there a website dedicated to this now?” 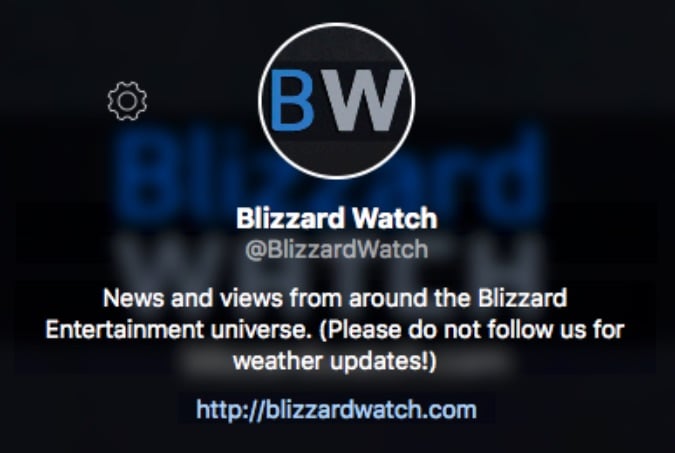 Blizzard watching is apparently a thing this week — but, come on, we were here first!

Hola!! I recently decided to finish up the legendary ring quest and started upgrading my gear with Valor.

What are all the ways to get Valor?

I’ve done random dungeons and LFR, but wanted to maximize the Valor since I’ve noticed the upgrades really help!! My rouge is now a certified badass :)

Also, is the Moose mount on Heroic?? Not sure I’ll be up for that….

You have a lot of options when it comes to collecting Valor, and since there’s no Valor cap you can do all of them if you have the time and the patience. Here’s what you can do:

Remember that each of these only award Valor the first time you do them during the timeframe specified — so you can’t run Foundry daily and keep getting Valor, but you could run it on Monday and then on Tuesday (after the server reset).

As to the moose, I’m afraid it’s true: you can only get it on Heroic and up. But don’t lose hope, because there are a lot of groups working on getting it done. There’s Friendship Moose, which is a group of players working to gear up and DIY Heroic Archimonde — check the #FriendshipMoose hashtag on Twitter for runs. On some realms you’ll find guilds selling runs (but be careful to avoid getting scammed). And you can sometimes find groups that are doing Heroic Archimonde and have room for a few more — ask your guildmates, ask your friends, and ask on Twitter to see if you know anyone who might take you along on a moose run.

Question on DH starter gear- what ilvl is it? Have we been told? Should I start stuffing away leather baleful BoA tokens in the bank to prep? If you boost to level 100 right now, you start with 640 gear, but not sure if this is the same for DH.

Thoughts on changing specs costing gold? Setting aside the fact that the amount is a placeholder, why a cost at all?

For those not following this conversation, currently on the alpha it costs 100 gold to change specs. And, as mentioned, @WarcraftDevs has said this is a placeholder.

While I agree that putting a pricetag on respeccing could be problematic it’s not the gold cost I’m worried about. If it’s 100g, that’s not enough for me to blink at if I want to switch specs — and though Blizzard could certainly price it high enough that I would blink, I feel that’s unlikely. The real barrier, however, is Artifact weapons. When you do your Artifact quest, you get to pick one weapon… and only one weapon. If you switch specs, that weapon turns red and is unusable. And since there are no weapon drops in Legion because you have an Artifact weapon… well, you see the problem.

While Blizzard has said that there will be away to get alternate spec Artifacts, they haven’t specified when or how you’ll be able to do this. So as far as having two specs, three specs, or four specs… this is the hurdle I’m worried about right now.

So what’s up with Overwatch? I haven’t heard much lately, and last I had seen from some beta footage, things were pretty polished. Of course I never got a beta invite and unless I’m mistaken, the beta has been closed at this point, so I’m wondering if we have a timeline for release or open beta or anything more than the ‘spring 2016’ reference (IIRC).

Blizzard closed the beta for a long holiday nap, but has said it will be coming back between late January and mid-February with an updated build. And though we haven’t heard anything official about an open beta, Blizzard typically adds players over time so it’s likely the new build will come with a new invite wave.

You can pre-order Overwatch now for a June 21st release, which just gives us five months until launch — and before then, Blizzard will definitely want to do some server stress-testing which would mean a lot of players getting beta access.

Hang in there, beta will be back.

Is it currently possible to create a new level 1 character in the Alpha using the newly iterated classes (at least those that have been included so far)? More than anything else, if I were to be able to participate in the Alpha/Beta, I would be most interested in getting Blizzard feedback on how the new classes feel to level from start.

Yes, you can create low-level characters on the alpha. I hadn’t given it a try yet, but you asked, so here it goes. My verdict after playing a Gnome Hunter to level 6?

I expect that this is highly unfinished. It has to be highly unfinished, because it doesn’t offer much in the way of gameplay. At level 1, my Hunter has a pet and autoshoot. I got my first new ability, Aspect of the Cheetah, at level 5 so… yeah, I’m still stuck with autoshoot.

Level 10+ is where skills start to pick up, but that would mean playing ten levels with autoshoot as your only combat ability. Even though levels go fast when you start from the bottom, let’s say there’s a good reason I’m the only player in Dun Morogh right now.

However, let’s go back to the bigger issue: how leveling goes after Blizzard has revamped or redesigned classes. In my experience it can be expected to be terrible (though hopefully not quite as terrible as it is right now). As we’ve found on the leveling stream, leveling on live is a bit of a mess. You get abilities and talents that modify skills you won’t get for a dozen levels. The power curve is very strange — at lower levels characters are difficult to play because they have so few pieces of their skillset.

With Legion removing even more pieces of that skillset — my level 100 Legion characters max out at about a toolbar and a half of abilities — I really have to wonder how Blizzard will make the game work at low levels. I made a level 100 Hunter on the alpha and set up a talent build to see just how many skills I’d have — it totals at 19 non-passive abilities (though not all of them are combat skills). That would come out to about one ability every five levels… making that Hunter who only has autoshoot seem terrifyingly within the range of possibility.

So we’re back to this. In the past Blizzard hasn’t paid much attention to low level players when they’ve redesigned for max level players. Will this change in Legion or will Blizzard leave low levels just playable enough and focus on the end game? Right now we just don’t know. 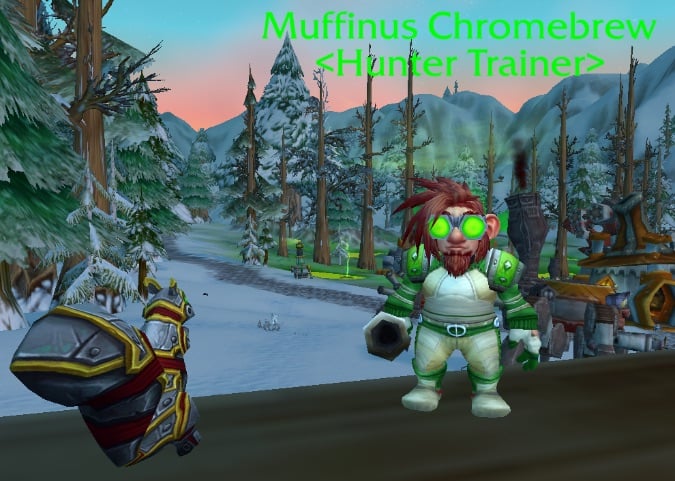 Also, this is the Gnome Hunter trainer in the game. I just thought you all would like to know.

Blizzard Watch is made possible by people like you.
Please consider supporting our Patreon!
Filed Under: MitchWasHere, Whammyshimmyshammy
Advertisement