Welcome to another installment of Arcane Sanctum! The Legion alpha is available once more and we’re starting to get information about changes to talents, Artifact Traits, and even datamined images of our Tier 19 set! Although Fire is still the only playable spec in the alpha, Celestalon has specifically asked for feedback regarding our talent changes and adjustments for all specs. Though it’s a bit trickier to gauge without being able to play them, if you have constructive feedback and you’re in the alpha you can leave it in the alpha forums for the devs to see. They will definitely be reading.

As for us, let’s get right into checking out the alpha additions and changes!

I think it’s fitting to look at our Tier 19 first of all. It’s not entirely a fair comparison right now, because only the images of Mythic gear have spell effects included. So if you feel that the normal/heroic color versions look a bit drab, they’ll definitely be different in person. You can see every set here. 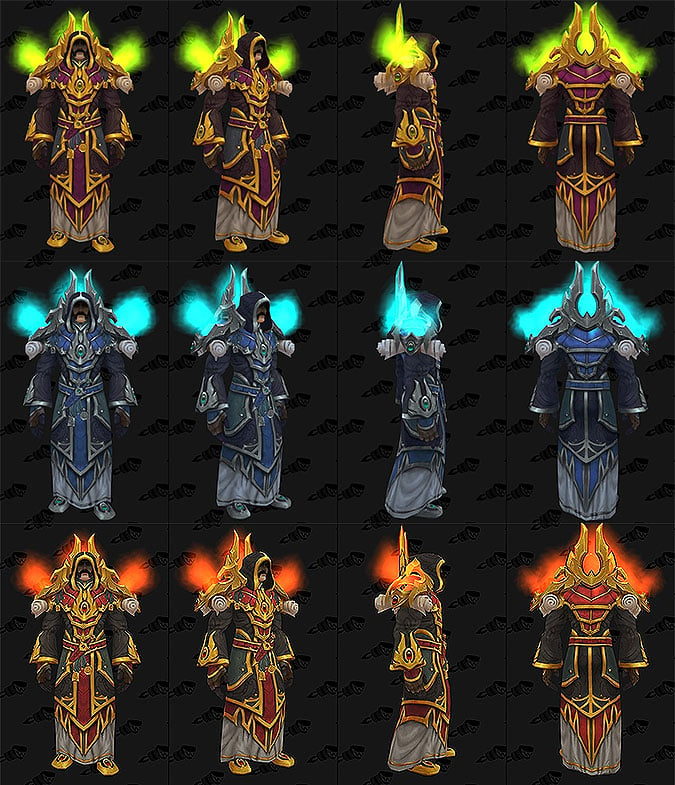 Another change here is the presence of three unique colors for each of the Mythic sets. Each spec has its own color scheme. I’m really happy with the sets themselves. The helm model is definitely going to be popular, I love a good hood — and the Cowl of Tirisfal is still one of the most popular helms to transmog so I’m guessing you all do, too. What really stands out to me here are the little details that make this set very nice — the scrolls tucked into the shoulders, the gem accents, and even a small dagger tucked at the waist. The only complaint I really have is the choice of a green glow with the purple Arcane set here. It gives it a “fel” feel normally reserved for Warlocks and other miscreants.

If you’re a Mage who likes to coordinate from head to toe, there’s also good news for you in the form of datamined matching cloaks for these tier sets! There’s one in each color, and the pattern echoes the motif found on the front and sleeves of the robes.

Arcane is seeing some balancing adjustments to their talents particularly in the first tier where every talent sees some change. It seems that the Tier 1 talent Arcane Familiar in its old incarnation may have been considered too powerful. The original tooltip stated that the familiar wouldn’t be targetable or damageable by enemies and also its attacks had a chance to grant an Arcane Charge. Now it’s no longer invulnerable and instead increases your maximum mana by 10%. It’s important to note that the original tooltip gave a duration of thirty seconds for the familiar on a one minute cooldown. This new version will last an hour, taking on role closer to Frost’s Water Elemental.

Another Tier 1 talent being changed is the formerly named Static. While its effect hasn’t changed, it will still allow you to cast four instant Arcane Blasts in a row once activated, it’s now called Presence of Mind. It seems clear that the previously baseline spell Presence of Mind is going away in favor of this talent.

Erosion in Tier 6 is being adjusted. The talent originally instantly increased damage taken by all arcane spells by 20% for ten seconds and had a one minute cooldown. The new version is a stacking debuff applied by your attacks that increases to a maximum of 10%. If your target doesn’t take damage from your spells for five seconds, the debuff begins to decrease at a rate of 1% per second. This seems to have a good feel, although it will function at only 10% instead of 20%, you can expect its uptime to be fairly high if you’re attacking consistently, rather than having an activated cooldown for it.

The Tier 7 talent Quickening sees a minor clarification. Its effect of allowing Arcane Blast and Arcane Missiles to grant 2% Haste for six seconds will stack up to 100 times. Before you get too giddy imagining yourself with 200% Haste, remember that its effect is cleared every time Arcane Barrage is cast. 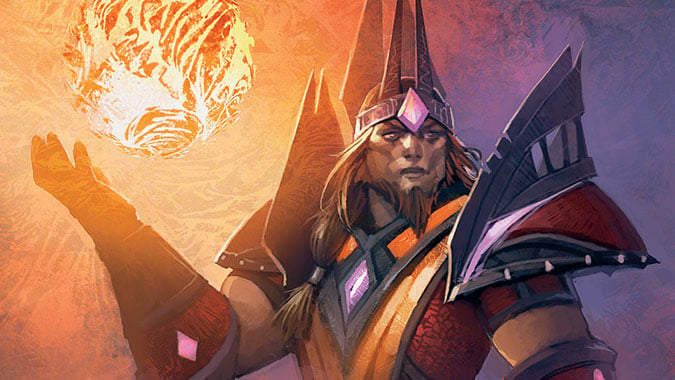 It makes sense that Fire is seeing more talent adjustments than either Arcane or Frost, since it’s the only Mage spec available to play on the alpha currently and more data is available. Every talent in the first tier has seen some change.

First, Pyromaniac gets a very early nerf. Its first incarnation was that casting Pyroblast while Hot Streak is active has a 50% chance to reactivate Hot Streak. We had a feeling this wasn’t going to last, and now the chance for this to happen is only 10%. Despite an initial reaction of dismay, reports from the alpha suggest that this isn’t as severe a nerf as it might have seemed on the surface and that Hotstreak generation still feels consistent.

Conflagration’s changes are more in the order of a clarification and actually a buff. Enemies affected by Ignite have a 10% chance to flare up and deal damage to nearby enemies. The chance of this happening was unspecified before, and the damage those nearby enemies take has been changed from an additional 20% to 40% of spell power.

The final tier 1 talent, Fire Starter allows Fireball to chain to one nearby target, and has been adjusted to include the effect of Fireball always dealing a critical strike when the target is above 90% health. It’s hard to imagine this talent being very desirable for most raiding content even with this change, it’s still somewhat underwhelming.

Controlled Burn from tier 4 of the talent tree has had its text reworked for clarification. The new text reads “When you gain Heating Up, you have a 10% chance to instantly activate Hot Streak.” The old text included “This chance is increased by your critical strike,” which seems to no longer be the case.

Flame Patch in tier 6 has been rewritten so that the tooltip is neater, but nothing about the talent itself has been altered. Finally, two of the talents in tier 7 have been changed. Cinderstorm is getting a nice little bump. Its initial effect isn’t changing at all, but the damage it deals will be increased by 30% if the target is affected by your Ignite. Meteor is also being balanced. The initial damage of its strike has been buffed from 375% to 562.5% of spell power, but the burning ground effect has been halved from 37.5% to 18.75% of spell power.

One of the previously empty spaces in Felo’melorn’s artifact tree has been filled out with the new trait Blue Flame Special. It simply gives a 5% damage boost to your Flamestrike. 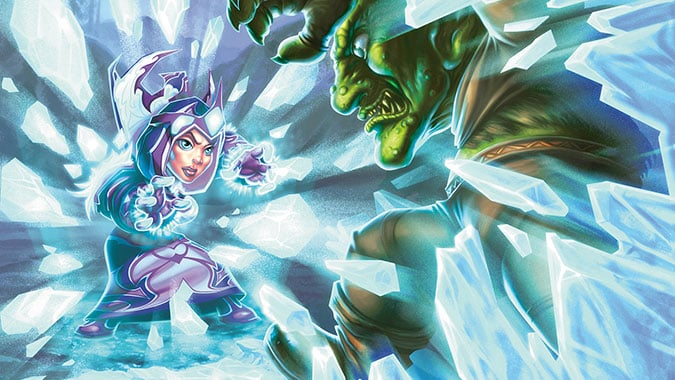 The most notable change here for Frost Mages is a small but important alteration to the tier 1 talent Lonely Winter. You’ll remember this as the talent that lets you leave your Water Elemental behind. This seemed like a fair tradeoff as taking the talent granted you a 10% increase to Frostbolt, Ice Lance, and Frozen Orb plus the ability to cast Freeze yourself. This new version of the talent adds an extra 10% damage to your Icicles as well but removes the ability to cast Freeze. I have some reservations about this talent in its current form — will that 10% damage increase to Icicles be enough to compensate for reduced Fingers of Frost generation lost without adequate means compared to Frost Mages who retain their elemental? It’s an interesting playstyle adaptation but we’re going to have to see it in action to see whether it remains sufficiently balanced.

Also in tier 1, Bone Chilling is being changed from its original form. The first iteration of this talent granted the effect of an additional 1% damage every time you attempted to chill a target, stacking up to 100 times. It’s not surprising that this didn’t last. The new version of Bone Chilling increases your damage by 0.5% for each attempt at chilling and stacks to a mere 16 times.

Finally, Comet Storm gets a nice little buff with the swap of a few words. Everything else remains the same, but the comet’s damage will be to all enemies within four yards, and not “split between” all enemies.

On the PVP front, the talent Ice Form has had a 12-second duration added to its tooltip but otherwise remains unchanged.

That’s all the alpha news that we have for now, hopefully we’ll have more to talk about soon as the other two Mage specs become playable.