The Queue: Would you like to join my guild? 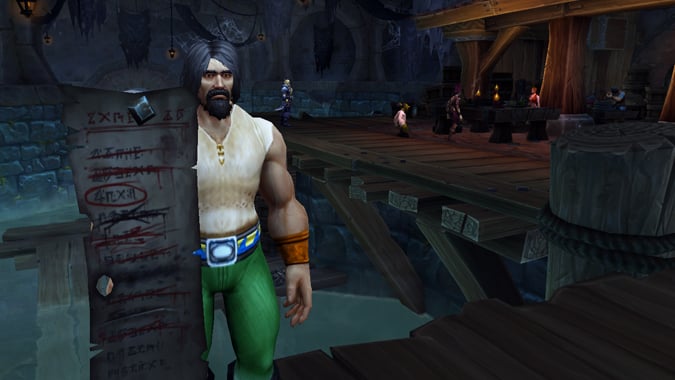 What comes after a Beta? I’d like a … Delta? … for players to sample the new content under the new standards needed for our computers. Perhaps a Kazz type experience to see if it hits a lag spike or a zone (off in some corner) that shows us the features that will strain our machines.

I’d like to know sooner that the day of the launch if my machine is up to snuff. I also don’t understand all of the sliders offered for physics and stuff, if there was a visual test area for us players and maybe even some tips on what we are looking at — I think that would be a handy-dandy type of thing.

Usually it’s an alpha that is under an NDA (which means you don’t hear about it, because nobody is allowed to talk about it), closed alpha, closed beta, open beta (where everyone is invited), and then release. I don’t know if we’ll see an open beta for Legion — if we do, it likely won’t be until near the tail end of testing, when everything is largely hammered out. We did put together a column about system requirements for the new expansion, though, maybe that’ll help you out?

QftQ — Do you think it’s in the realm of possibility that Hearthstone adds Demon Hunter as a new class to coincide with marketing hype for Legion’s release this Summer? Follow-up question: would that enrage the DK and Monk fans who are hoping for those classes to be added and set their own expectation of new classes in HS should be added chronologically according to WoW?

I find that highly doubtful, for the reason you just stated — they haven’t added Death Knight or Monk, I doubt they’d jump the line and add Demon Hunters. I believe the developers have said already that they feel there are enough classes with just the originals at this point. I don’t think they’d add any more classes until they really thought they could work them into the system and balance them with everyone else. I’m pretty sure that’s not high on the priority list right now — people are enjoying the game plenty with the new adventures and expansions they’re releasing.

Q4tQ: What is one race/class combination that isn’t in game that you would die for?

I don’t think there’s any I would die for, but I’d like to see Draenei Rogues. We saw the introduction of the Rangari in Warlords, and they seem pretty stealthy — I don’t think implementing a Rogue would be too far of a stretch.

Q4tQ:  What zone do you feel had awesome potential but was under utilized?

While my curmudgeony old self would love to say a vanilla zone (and I could think of a few), I can’t think of one more fitting than Kun-lai Summit.  I thought that it was such as cool zone as you ascended from the steppes up into the mountain,  I know it had one decent instance and a rare daily hub, but in general I felt like there was never much reason to go back. (I never played a monk high enough to go to the training grounds on a regular basis)

I’m going to go way back and say Azshara — not the Azshara we’ve got today, the Azshara pre-Cataclysm, which had a handful of tantalizing quests that never really felt like they went anywhere significant. The place was loaded with potential, because it was sort of implied that this was the edge of ancient kaldorei civilization — the part of Zin-Azshari that didn’t quite crumble into the sea with the Sundering. I sort of wish we’d gotten more Night Elf history out of the place, it always felt like it was ripe with opportunity for that.

Don’t get me wrong, I like the Goblin-centric feel of the zone right now, and I think the quests flow really well through the zone, it’s just…the zone had an otherwordly, mysterious and quiet feel back in vanilla, and now…well, now it’s Goblin central, and nowhere near as quiet. Or lovely. I miss it. I wish it’d gotten more.

With all the news of paragon no longer raiding, I was looking at their site and their old kill shot pics. and I realllllllllly starting missing all the old gear I had in vanilla and TBC that I once had and deleted  and can now no longer get. (some day Ill have my full T3)

you guys and gals missing any old gear? 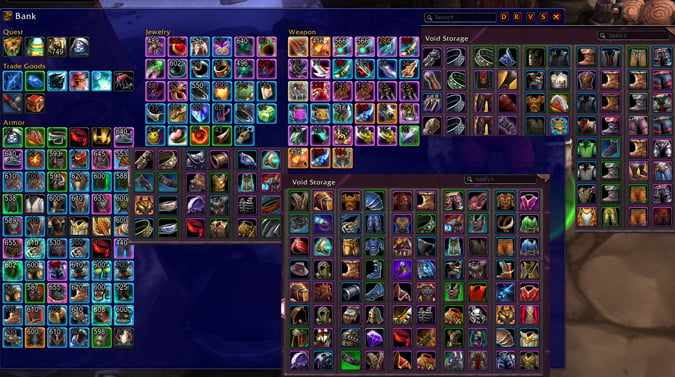 If you could design the perfect Warcraft zone, what would it include? Would there be factions to rep? Quest hubs? PvP? Would you tie a dungeon to it or scenarios? What would the story be?

I don’t know if I’d call it the “perfect” zone, because that’s kind of a subjective label. But here’s what I’d like to see: The creep factor. Eastern and Western Plaguelands used to be deliciously creepy, just because it was undead territory, plague territory, and crazy scary ghost territory. We don’t really have that anymore — there’s a few zones that are a little unnerving, but nothing that gives me the same “there is something lurking around every corner and it’s going to jump out and scare me I just know it” fun feeling of chills up my spine. I know, Warcraft isn’t a horror game, but part of the fun of Warcraft has always been how it incorporates aspects of all kinds of games — at least for me.

So I’d love a sub-zone that is environment heavy. One in which the environment itself is out to get you. The point of the zone isn’t just traveling from hub to hub, it’s running from hub to hub. Running as fast as you can, because if you slow down, if you stop, the world itself will devour you. No pausing, no alt tabbing out of the game, because if you do either of those things the environment will catch up to you and you’ll die….sort of. Rather than the traditional flop over and die screen, it’s just a slow fade to black, and then you reappear at the only spirit healer — back at the beginning of the subzone.

I feel like something like this would fit within the context of the Emerald Nightmare — the Nightmare will consume you if you pause to think about it too long. Or something like a long-forgotten city of the Old Gods, that kind of thing. The reason I keep calling it a subzone is because ideally, I don’t think it should take too long to get through. The point isn’t to take your time getting through it, the point is simply to run and plow through the thing as fast as you can. Screaming, if you like!

It would be hard to pull together a lot of story from a subzone like that, however. But I think it’d be an interesting kind of challenge we haven’t really seen before.