The Queue: Playable Vrykul and other things WoW should have 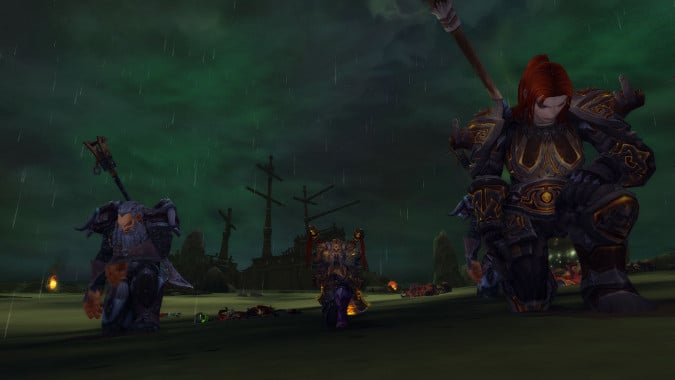 Ever since the introduction of the Vrykul I’ve thought we should get them as playable characters. In a perfect world they’d be Alliance, to counter the Horde having Tauren (or perhaps Ogres, if the Horde ever gets those) and they’d look like the ones in the header image. Honestly, while I don’t really care that much for male Vrykul models, I’ve always dug female Vrukul models.

I’m listening to Killswitch Engage’s ‘Always’ as I type this. Let’s do the Queue.

I believe it was said there would be artefact power catch-up mechanisms for alternate artefacts. Any traces of that on alpha yet? I have actively avoided playing too much, because…well, Legion’s not meant to be released for another four and a half friggin months… Don’t want to wear myself out playing a character that will get trashed anyway in a while. :P

At present my level 109 Warrior has the Arms and Fury Artifacts and switches between them based on mood. It’s rough and if there’s a catch up mechanic in the alpha I have not seen it — I’m forced to simply split my Artifact Power items between Artifacts, and as a result neither is as progressed as it should be.

If they do implement such a mechanic, I’d be all for it. Right now, you basically can be a dilettante like me, or you can have focus and get one of the Artifacts leveled at a reasonable pace, but you can’t have both.

QftQ: What would WoW be like in your ideal world? What features would you add, what systems would you like to see? From quality of life all the way up to mechanics or how the game works, if you could add/change anything, what would it be?

Q4TQ: Is anyone currently playing the Legion Alpha with a computer that is substantially less capable than the recently advised Legion system requirements?

I will use my own situation as an example of what I mean: I currently play on a Mac Mini with a Core2 Duo processor, a dual core processor.

The new minimum requirement for Legion for Macs is i5 Quad Core, plus blah blah video card.

Is anyone currently Alpha-ing on something like that which I currently use? If so, does it run ok? Or will it all change when Legion drops, and current capability/performance is irrelevant?

My computer’s about five years old (it was brand new when Cataclysm was released) and it runs Legion fine if I keep the settings in the middle of the quality range. Honestly, even if I kick it up to Ultra for a few SS’s it’s not terrible, but I haven’t tried things like raids like that yet.

I’m no expert on Macs — there have been some weird bugs that have affected people who play on Macs — but I’d suspect that your computer should be able to run Legion, if not as well as someone who hit the technical benchmarks for minimum performance. WoW has always been a very forgiving game compared to others.

QftQ: Any news on raid size and difficulties in Legion? Are they staying flexible 10-30 Normal and Heroic and 20 Mythic?

As of this writing raid sizes and difficulties are unchanged from Warlords of Draenor.

Q4tQ: So, apparently, there are a whole bunch of ettins on the Broken Isles. Does anyone know if this has been explained anywhere, or are we just to assume that the whole “ettins are descended from ogres and a missing link” thing has been retconned into oblivion in favor of the ettins being a native Azerothian

The word ‘ettin‘ is an old English version of the word ‘jotun’ or ‘ Jötunn ‘ and that makes me think that the ettin in World of Warcraft were known of by the Vrykul. Look at this map: 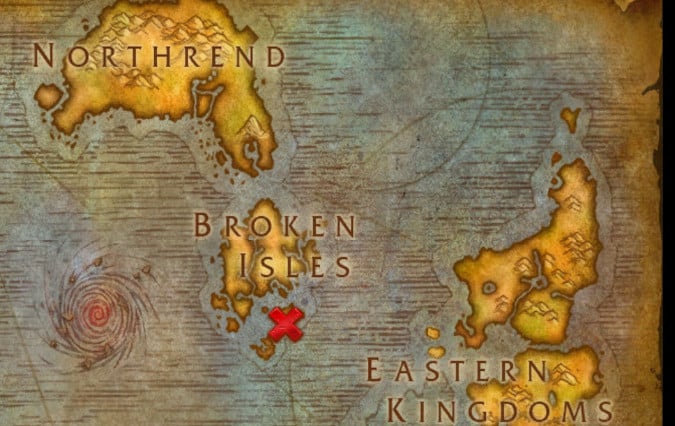 The Broken Isles are directly south of Northrend, specifically the Howling Fjord region, which was home to the Dragonflayer clan of Vrykul (the ones who were ancestral to humans, as it was their King Ymiron who ordered any children suffering from the Curse of Flesh to be eliminated) and are due west of the Eastern Kingdoms, where ancient Vrykul and Humans settled following Tyr and where modern Ettin can be found.

So my theory is that either Ettin are not related to Ogres and were instead some offshoot of the giants of Azeroth (and thus were known well enough by the Vrykul to be given the name ‘Ettin’, a clearly Vrykul name) or that the ancient Ogres somehow at some point came into contact with the ancient Vrykul. Was there at some point a period of time when the Ogres of the Gorian Empire used their magics to attempt to invade Azeroth? Did they find themselves blocked by the equally powerful Vrykul?

I don’t know, of course, but I’m suspicious. The Ettin seem to predate the Ogres. Perhaps they’ve been here all along.

Blizzard Watch is made possible by people like you.
Please consider supporting our Patreon!
Filed Under: Argus, Ettins
Advertisement