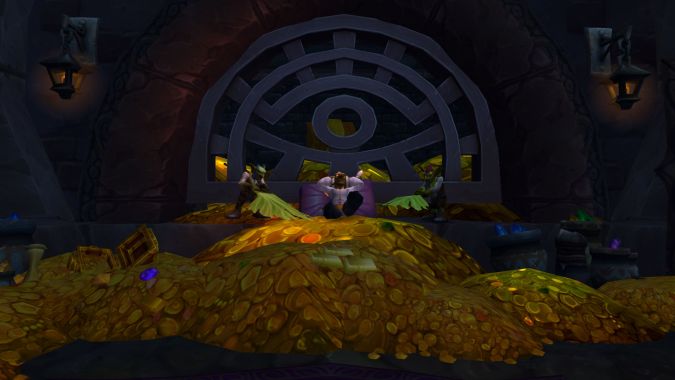 If there’s one thing that’s come from garrisons during Warlords of Draenor’s long lifetime, it’s gold. Lots and lots of gold. So much gold, in fact, that many players have found themselves hitting the gold cap (999,999g) — sometimes on multiple characters. For the one-percenters out there, WarcraftDevs just delivered some exciting news: the gold cap in Legion will be increased tenfold. This change is especially nice considering the recently increased gold cap for realm transfers. Of course, for those of us who don’t hoard gold, this has a few implications.

Primarily, this is going to affect Auction House — Black Market or otherwise — prices on rare goods. That rare mount or Tier 3 armor you’ve been after may end up costing a comparatively higher amount of gold once Auction House barons are able to make and spend more gold doing what they do best. Similarly, there are likely to be more gold sinks added to the game at even higher costs than that silver bike or giant riverbeast you’ve been saving up for.

This is, of course, assuming the rate of gold acquisition doesn’t increase as much or more than the increased gold cap. Given the game’s history, however, this seems unlikely; as easy as gold can be to make, it has always taken effort and dedication outside of normal activities to reach the gold cap. So if you’re after a particularly rare item, I’d find a rich friend and take a loan out ASAP before its price increases even further. (Failing that, you could always learn the tricks to making a million gold on your own.) Good luck!