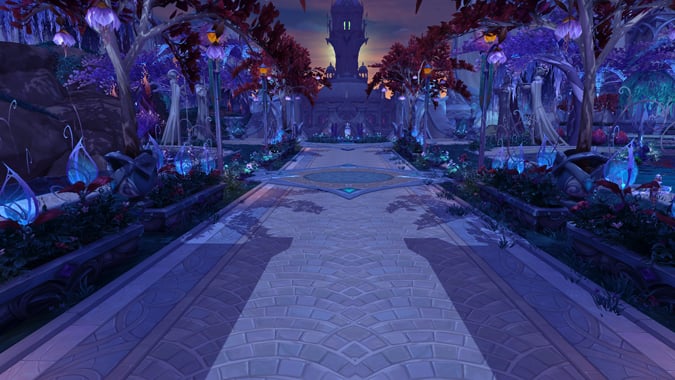 As the Legion alpha transitioned into beta, players were caught off-guard by the return of gold costs to switch specs. Late last night, Ion Hazzikostas hit the forums to announce a reversal: Changing specs would no longer cost gold. However, changing talents has new restrictions.

We’ve definitely heard much feedback to this effect, and this is something we’d been discussing quite a bit internally as well over the past couple of weeks. In an upcoming build (hopefully the next one; if not, then the one after), the respec cost is gone, and players can freely switch between all specializations with the normal restrictions of cast-time, needing to be out of combat, and so forth.

Ultimately, the intent behind the respec cost (which isn’t really a new concept, dating back to 2004 class trainers) was to help reinforce a bit of spec identity through declaring a “primary” spec to which you could always return for free, and to serve as a mild gold sink. But in practice, changing specialization is a pretty significant transformation in terms of action bars, optimal gear in some cases, artifacts, and so forth, and already not something that people were taking lightly. I suspect the cost will not be missed.

An area that has appeared to need a bit more friction, however, is actually talent changes. Especially with no reagent cost at all now, it can be all too easy to activate AoE talents before larger packs of enemies in a dungeon, and then switch back to single-target talents before a lieutenant or a boss. Or someone might switch to a passive movement-speed talent when traversing an area, and then back to something functional before entering combat. At that point, we’re often hardly talking about a meaningful choice at all, but rather a nuisance of extra button-presses or UI navigation before you can use your desired talents.

And so, alongside removing the respec cost, that same upcoming build will also restrict the ability to change talents when away from a safe area (defined as an area that provides the Rested state). We currently plan to give Scribes a recipe to craft a consumable Tome that can be dropped in order to allow all nearby players to retalent freely for a time – particularly useful for group play.

On one hand, I understand where the developers are coming from. Class design over the years has endlessly tried to integrate hard choices into talents. “Cookie cutter” became a pair of bad words to be avoided at all costs. Encouraging players to make hard choices and stick with them has been a goal for a long time.

A couple of clarifications, one of which will probably be a relief and the other likely less so: The Inscription consumable as currently planned would be something that anyone could drop, not a profession-requiring item like a Jeeves. But, in terms of the materials required, we’re thinking of something that’s more aimed at groups, and probably not the sort of thing an individual is likely to carry a stack of and use freely.

This is clearly more restrictive than the way it works in Warlords. Why would we ever add restrictions to something like this? Do we just sit around and amuse ourselves by thinking of things to take away from players? (We don’t.)

Ultimately, for a choice to be meaningful there has to be some associated cost or trade-off in the process. Do you want to eat your cake, or do you want to save it for another time? If you could do both, that wouldn’t be much of a choice.

When it comes to talents, which serve the primary purpose of customization and differentiation, consider two extremes in terms of how they could be handled. Please, take a moment to think through the following scenarios:

First, what if you could switch talents freely, at any time, including while in combat? You’d effectively no longer have a talent system – you’d have a spellbook with another 21 active and passive abilities in it, with keybinds to swap between them as needed. Every player of a given spec would have identical capabilities, with some cumbersome interface management required to swap among them on the fly.

On the other hand, as a player, I’ve seen the evolution of this system put harder limitations on what you, as a player, can accomplish. Players change their talents so often because the new talent system defines your capabilities depending on your choices.

When you have to choose whether you want single target abilities or AOE abilities, you pigeon-hole yourself into specific scenarios in which you are or are not effective. If you don’t have your AOE talents in a boss encounter which requires heavy AOE, you can be dead weight. If you have your AOE talents on a fight with little to no AOE requirements, you can be dead weight there, too. To be specific, I’ll take a moment to discuss my experience as an Affliction Warlock in dungeons.

Affliction Warlocks have pretty good AOE at a baseline not because of AOE spells, but because of multi-dotting — the ability to apply my DOTs to many targets one after the other and letting them all tick away. However, if an encounter is primarily an AOE encounter, multi-dotting might not be enough. If it’s an encounter where you’re dealing with repeated waves of low-health minions, multi-dotting manually isn’t fast enough to handle it. I might choose the talents Sow the Seeds, Grimoire of Sacrifice, and Phantom Singularity to tackle the encounter. These are some of an Affliction Warlock’s most powerful AOE tools in that type of encounter — all of which come from talents, all of which block me from having talents essential to being effective in a single-target situation.

In a single-target encounter, my Warlock wouldn’t use any of the aforementioned talents. In those respective talent tiers, an Affliction Warlock will want Siphon Life/Soul Harvest, a different Grimoire talent, and the absolutely mandatory Soul Effigy.

Originally Posted by Watcher (Official Post)
Second, what if you could literally never switch talents, short of making a brand new character? Choosing a talent would be a far, far weightier choice than any decision you currently make in the game (other than choosing your starting class, I suppose). Some favored cookie-cutter specs would emerge, but with 2187 different permutations of talents, there’d be significantly more variety among players. But some niche talents would likely go almost entirely unused (though players who did choose them would be invaluable when those situations arose). And feeling like you’d made a mistake, and were stuck with one or more talents that you didn’t like at all, might completely sour your enjoyment of a character.

Anyway, we are of course doing neither of those things, but there’s a full spectrum of choice that lies in between. We’ve generally moved away from the second scenario and closer to the first over time (years and years back, respecs were so expensive in relative terms that players often waited for class changes to automatically refund their talents rather than spend the gold to move a point around). Other than the combat restrictions, the live game is not terribly far off from the first scenario.

There’s still a fair bit of thought that goes into which talents to select for a raid encounter, where you’re in combat for several minutes in a row and facing a variety of threats, and you may have to weigh whether you want better AoE damage for minions in the first phase, or better single-target burst later in the fight; whether you want a passive movement-speed increase for higher overall uptime, or an on-demand active movement ability in case you get targeted by a specific troublesome ability; and so forth.

But most other content, whether it’s a single quest boss out in the world, or a dungeon that breaks down to a series of sub-1-minute combats, don’t offer nearly that much variety. And so you take the AoE talent for the AoE pack, and the single-target talent for the lone boss, to the point that you might as well just have both of them all the time, which might be powerful, but wouldn’t be a choice.

Is every encounter only AOE or only single-target? No. While many lean one way or the other, not all of them do. In those scenarios, I need to think carefully about which talents will serve me best. I need to make careful choices about which abilities I want available to me in that encounter. If there’s still a beefy boss in the mix, I probably want to keep Soul Effigy to DPS him down. If I need to keep DPS on the boss, but also spend a lot of time helping deal with adds, maybe I should go back to the level 30 talent tier and swap out Contagion for Absolute Corruption. Never needing to worry about re-applying Corruption would take a lot of pressure off of me, and…

What I’m driving at here is there are still choices to be made when there are no gold costs simply because our talents define our capabilities so dramatically on an encounter-by-encounter basis. When the Legion alpha test had no gold costs, I’d never put more thought into my talent choices than when trying to take a boss down for the first time. I had to think about what I needed, what my particular group composition needed, and which abilities I was willing to sacrifice. Hell, maybe a specific encounter is really tough on healers. Maybe the best decision would be to sacrifice some of my own DPS for survivability. Dead players do no damage. The change-for-free system lets me make that decision when and where necessary. 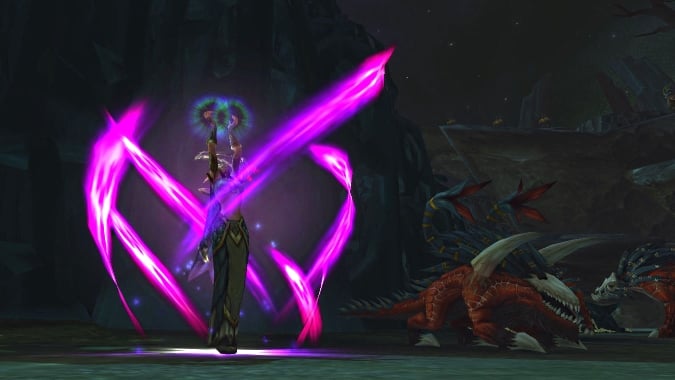 The developers are trying to enforce long-term choices, but I think that’s folly — they haven’t created a system which supports long-term choices. They’ve created a system of meaningful short-term choices. If I come to a situation where I need to pay exorbitant gold costs to change a talent in a 5-man dungeon — perhaps repeatedly to figure out what works best for my group composition — I simply won’t change my talents. (And if you aren’t a scribe or don’t have one in your group, acquiring the item needed to change talents is a gold cost, as you’ll need to buy the item.) If that means the group doesn’t progress and we disband, then so be it. There’ll be another dungeon later and maybe that group won’t need me to do what my current talent choices can’t do. Hey, don’t ask me to AOE — I didn’t talent for it. Oh, none of you did, either? Guess we don’t beat the dungeon today!