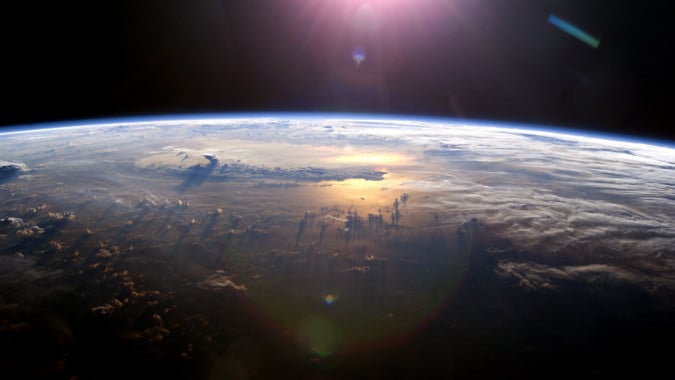 All Earths are Earth.

This is the Queue. Let’s talk Blizzard and games.

Q4TQ: I feel like profession categories are a bit messy right now. Cooking is neatly divided into expansion recipes plus a few categories for “specialties”, but most crafting professions are just divided into “Draenor <Profession>” and “Classic <Profession>” which also includes things like MoP recipes. I know Blizzard are working a bit more on the professions in Legion, is there any attempt at organizing things?

As of right now, I checked Blacksmithing and it appears unchanged from live, in terms of its organization and categories. Whether or not it will be different in a later build, I expect but cannot definitively say.

In yesterday’s Breakfast Topic, talking about new specs, I mentioned that I’d really like an archer spec and ‘stealthing with a bow’ describes exactly what I want! Ranged rogue spec, please! (Though at least Overwatch will scratch the itch a little with Widowmaker. Scoped & dropped!)

Honestly, I find sniper archetypes kind of hard to implement properly in MMO’s. I mean, a headshot kills people. That’s why we do that. But it’d be horrendously unsatisfying for your level 110 Prot Paladin to get taken out in one shot.  So while I actually like the idea of a ranged Rogue (In fact, I’m debating having a leather clad, shortswords and shortbow using character in the book I hope to finish this year) I do think it would need a lot of work to differentiate it from Hunters and also keep it from being overly effective. Maybe make it less of a sniper and more of a harrier, let it whittle down whole groups at once.

There are a lot of things I’d like to see in WoW that I don’t know if I ever will — renaming Arms to Blademaster and making it much more focused on weapon mastery, as an example. Splitting Fury into Berserker and Juggernaut archetypes, one of which uses two 1h weapons while the other uses two 2h. A Spellsword combat spec for Mages. Sword Saint Rogues.

Q4tQ: I saw Rossi making a plead to see a new Bloodthorne game the other day, so here it goes: Do you think Blizzard should do a single player, puzzle game, based on the old The Lost Vikings one? Or (and I’m not sure who has the creative rights on it) a new RnR Racing game, that would totally blast me. With new graphics, maybe something to the mobile people… IDK… I think they have a chance to recall these old characters now that they’re all appearing on the HotS nexus thingy…

(If you think you’re read this before it’s because this is a totally awesome question, not because it was posted before or something like that…)

Blizzard has released ports of various versions of Rock n’ Roll Racing from time to time (the last time was in 2014) so it’s probably safe to say they still own the rights to it.

I still think Blackthorne should come back, and it would be fun if the Earth that Kyle Vlaros hides on turns out to be the Overwatch Earth, but I’d be okay with a revamped Rock n’ Roll Racing or The Lost Vikings. Or get Clancy Brown to do the voice of Blackhand in a whole new movie tie in Monkey Island style game all about Orc Adventures.

Q4TQ: With Overwatch taking place on a Earth that plays Warcraft, Starcraft, and Hearthstone, do you think we’ll ever see a Hero added that is a direct emulation of a Warcraft hero? For example, someone so inspired by Illidan that they use a blindfold and warglaives? Or do you think any similarities will be left to the optional skins?

While I am completely making this up, it’s just feasible.

So – how’s Diablo 3 Season 6 treating everyone?  Have you met your goals?

For me, I’m almost to Paragon 800, which I’ve never done before, and I broke the GR80 barrier yesterday.  Unfortunately (as the title of this Queue mentions), Overwatch arrives today, and I’m not sure how much time D3 will get from me, at least for the next week or two.

I do still have to level a Hardcore character to complete the season journey; the completionist in me will probably demand that I do so…

I’m leveling a brand new Barbarian. She’s level 16 and just got her first Legendary, the Zweihander. I’m playing on the Xbox so I do get to watch my wife play her Demon Hunter and that’s a lot of fun just for the snark the DH lays down.

Alex is up tomorrow. Be sure to ask him lots of Rock n’ Roll Racing questions.