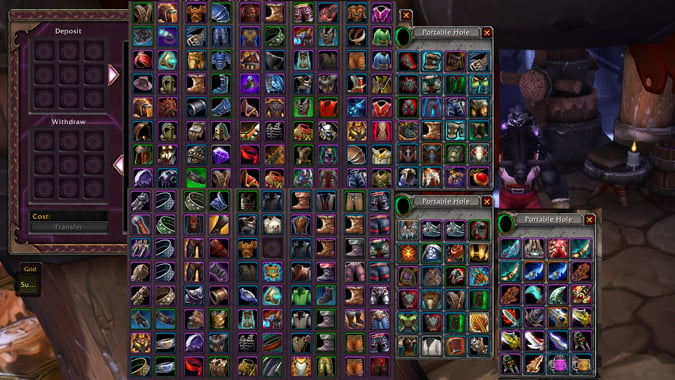 One of the things about games like World of Warcraft is that character progression is very much tied to gear, and gear is tied to the use of your time in the game. Raiding, dungeons, systems like Valor and other purchase based methods of acquiring gear all convert your game play into tangible rewards that make your character stronger. And because of that, each new expansion starts off with fairly linear gear progression during the leveling game.

But once you hit max level, things explode.

Wrath of the Lich King really started this trend, although both vanilla WoW and Burning Crusade had aspects of it before Wrath. The reason Wrath is often seen as the culprit is twofold. First, it was the first expansion to have hard modes in raiding, and it went through several different design paradigms for those hard modes.

We had the Sartharion model of increasing drake difficulty, and then the Ulduar model of specific fight parameters (from XT-001 to Algalon), before finally settling on the toggle method seen in Trial of the Crusader and Icecrown Citadel. Each of these modes created a situation where gear ilvl increased, meaning that the next raid level needed to be better than the current hard mode, and then that tier’s hard mode had to be better than that.

But add to that the catch up mechanisms — five man dungeons introduced at Trial of the Champion and the ICC 5 player — and you create ever expanding levels of gear. This paradigm survived into Cataclysm and helped lead to the current setup of LFR,  Normal, Heroic and Mythic raid difficulties (and gear for each) that we have even today.

Frankly, I think it’s time WoW really went for it with cosmetic rewards, especially with the Wardrobe system coming in Legion. Special recolors, special skins for weapons and armor only available from the most challenging content — we’ve seen this and we should see more of it in the future. Make rewards that don’t automatically increase stats, and we’ll see less stat inflation overall. What do you guys think? Is stat inflation overwhelming? What kind of alternate reward systems would you like to see?