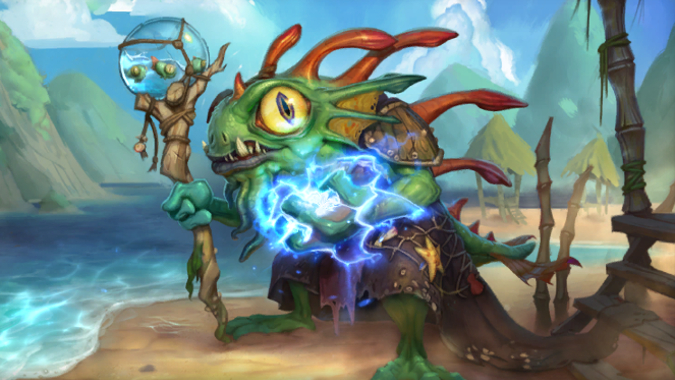 Hearthstone dropped a surprise patch during today’s maintenance — its highlight feature being the addition of a new Shaman hero, Morgl the Oracle. Morgl the Oracle, with his rockin’ tentacle-beard, is … a murloc. He absolutely, without question, without any doubt whatsoever, definitely ranks up there with Uther, Gul’dan, Jaina Proudmoore, and Khadgar in terms of pivotal Warcraft characters. Morgl the Oracle is earned through Hearthstone‘s new recruit-a-friend package, the details of which you can find in the patch notes below.

Originally Posted by Hearthstone
Blizzard Watch is made possible by people like you.
Please consider supporting our Patreon!
Filed Under: Hearthstone Patch, Morgl The Oracle, Patch 5.2.0, Recruit-a-friend, Shaman Hero
Advertisement