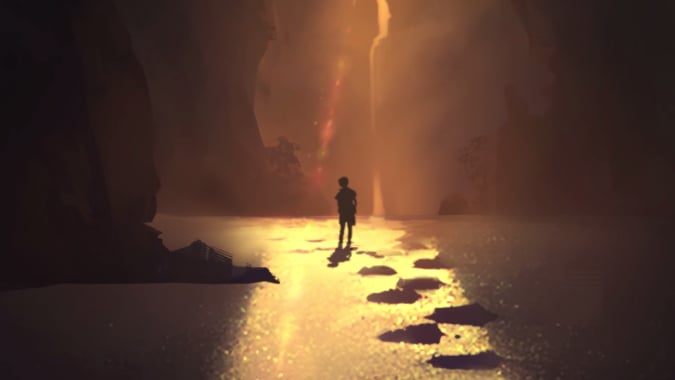 If you’ve been looking forward to World of Warcraft Traveler, you have less time to wait than we though. In a tweet earlier today, the official World of Warcraft account revealed both the cover art and release date for their upcoming young adult novel. We haven’t heard much about this anticipated partnership with Scholastic since the original announcement last March (which said the book was due out in November).

The concept art shown then in a video was beautiful and evoked a strong tie to the Warcraft universe we all know so well… but the cover art is a little less inspiring This joint venture was penned by Greg Weisman, and sent hopes soaring that a new generation would fall in love with Warcraft.

Mark your calendar for October 25th, then go behind the cut for the cover art and the original trailer.

Now, compare that to the book trailer, which was done in a very different style.

We have to say we really loved Samwise’s original art, so the cover is a bit of a disappointment. What’s your take?

Blizzard Watch is made possible by people like you.
Please consider supporting our Patreon!
Filed Under: Greg Weisman, Scholastic, Warcraft Novels, World Of Warcraft Traveler
Advertisement