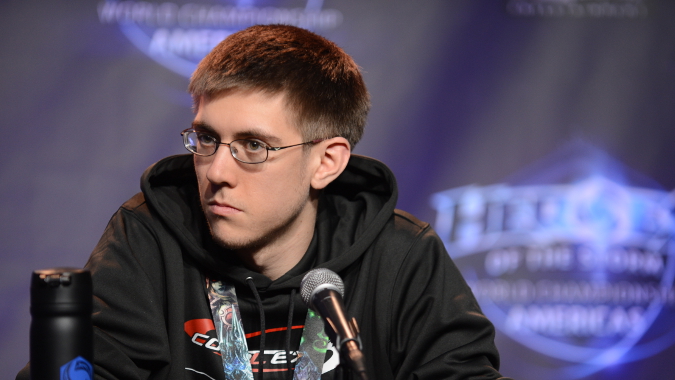 After a surprising showing at the PAX Prime Heroes of the Storm North American regional tournament last week, the only pro games this week are in Korea. However, a few great grassroots tournaments have sprung up to fill the gap. Bloodlust is sporting an impressive array of talent for their first outing, and an impressive prize pool to match.

Here’s a look at what happened at PAX, plus the eSports matches you’ve got to watch this weekend.

Even after winning the last regional, nobody expected Murloc Geniuses to do too much in this one. Instead they went on to take it all again, proving they belong at the top of the North American heap. Meanwhile, previous favorite Gale Force Esports didn’t make it out of the group stage. They still had to face Denial Esports for the privilege of representing North America at BlizzCon in the final match of the day, a privilege Denial Esports won.

After last weekends wins and losses, we’d expect to see a rosterpocalypse right now, but so far NA seems to be restraining themselves.

The major obstacle to either Murloc Geniuses or Denial Esports taking home the BlizzCon trophy for NA is the Koreans. This Sunday at 5 a.m. CST, one of the most anticipated matches of the season takes place on Day 12 on the OGN Global official Twitch page. Previous global champion MVP Black is taking on the current global champion Tempo Storm. If you only wake up early for one Super League match this season, this the one to set your alarm for.

The community-sponsored tournament Bloodlust begins with the open qualifier on Saturday at noon CST. With a prize pot now over $9,000, fundraising for the prize pool succeeded in a big way. Team Blaze, Dumpster Tier Superstars, Vox Nihili, and others have joined the competition as a result. You can watch over on Solid Jake’s Twitch page at noon CST on Saturday.

Heroes United is coming back for season two, but first they’re undertaking their own Matcherino prize pool campaign. Even if you don’t want to give your hard-earned cash, you can contribute a dollar by entering the coupon code “heroes” at checkout. Look for season two to begin September 24th.