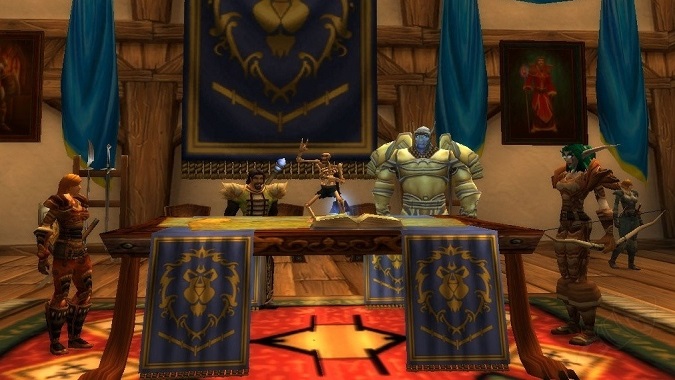 Legion’s Class Halls offer a huge variety in Champions, from faerie dragons to titan watchers, a sludge belcher, a primate monarch, and even a giant talking, shambling rock. They span the entire history of the Warcraft universe, dating back to the RTS games of the 1990’s. Many have deep roots from the early days of World of Warcraft. Today, let’s look at some of the Champions who hail from classic WoW and The Burning Crusade. 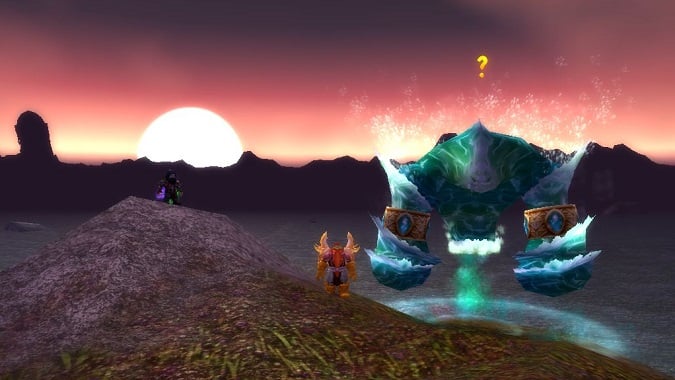 In classic, the Duke was the leader of the Hydraxian Waterlords, a group of water elementals who opposed Ragnaros. They were the first raid-based faction in WoW. Reputation with them was linked directly to Molten Core, but they weren’t the standard “upgrade a ring” faction like Karazhan’s Violet Eye or Icecrown Citadel’s Ashen Verdict. Your raid needed Hydraxian rep in order to make progress through the zone. Defeating certain elementals out in the world gave you Hydraxian reputation up to a point, but the only way to increase your rep beyond that was to kill Molten Core’s bosses.

The Duke hung out on an island in Azshara, and was one of very few reasons to venture to that zone in classic WoW. He looked…very different than Legion’s model. He had the basic, beaky water elemental model from classic. Every week, seven players in your raid had to make the trip to visit him and obtain a single-use item called Aqual Quintessence. Its purpose was to douse the Fiery Runes in Molten Core. You had to douse all seven runes before you could face Majordomo Executus. If you didn’t have enough reputation to obtain all seven Quintessences, your raid couldn’t face Ragnaros and clear the zone.

In order to unlock the item, you not only needed enough reputation, you also had to complete a quest line for the Duke. For the final step, he ordered you to bring him the hands (literally) of four early MC bosses: Shazzrah, Gehennas, Lucifron, and Sulfuron. Blizzard later patched in a permanent version of the Quintessence in 1.11 to save players the hassle of retrieving one every week. Those who had a Quintessence eventually received a Feat of Strength called The Fifth Element. If you want to pretend to be an overworked classic-era raider, you can always grab the counterfeit version from the Brawler’s Guild.

The original Duke was removed from the game during the Shattering, and you haven’t needed a Quintessence to summon Majordomo since Wrath of the Lich King. It’s great to see Duke Hydraxis make a return to the game as a Shaman Champion — only this time, we give the orders. 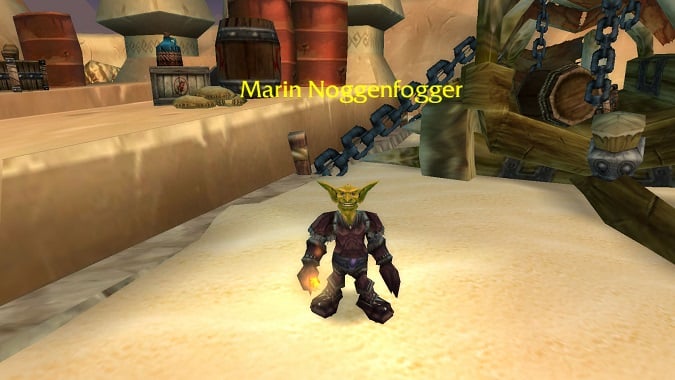 During the pre-expansion invasion event, Noggenfogger had a prominent role defending the city of Gadgetzan from the Burning Legion. But in classic WoW, Noggenfogger was just a goblin with a dream: to create the ultimate thirst-quenching beverage for the perennially parched denizens of Tanaris. He sent you out on various quests to help him create that drink. Like many quest lines of that era, this one sent you to the other side of the world and back in order to complete it.

The final result was called Noggenfogger Elixir, and you could only purchase it after you completed the quest line. The item’s tooltip read only “Drink me,” an allusion to Alice in Wonderland. Like Alice’s potion, the elixir had some unexpected side effects. Drinking it had one of three outcomes. It turned you into a skeleton — with the side effect of being able to breathe underwater, or it shrank you, or it gave you short buff with a slow-fall effect. You could stack these effects if you kept chugging.

In classic, only a handful of items could change your appearance, such as Savory Deviate Delight and the ultrarare Orb of Deception. The Toy Box and its plethora of transformation items was a decade away. Noggenfogger Elixir was thus a very popular item with players. Cities were full of players running around as skeletons. In the very early days of WoW, however, before people knew about this item, you could really blow other players’ minds with it.

The popularity of his elixir allowed Noggenfogger to rise to power in Gadgetzan and marry his long-time friend Sprinkle, the chef who helped him make the drink. In Legion he hangs out in the Vault in the Rogue Class Hall and occasionally lets you select a valuable item from the vast resources of the Uncrowned — if you bring him the proper paperwork. 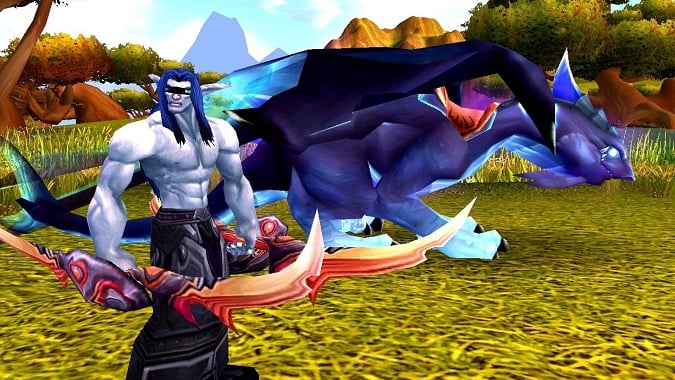 Despite Illidan  featuring heavily in Burning Crusade‘s promotion and supplying its famous catch phrase, he and his Demon Hunters were absent from much of the expansion, especially if you weren’t in a raiding guild capable of tackling the Black Temple. Blizzard realized that players needed more interaction with major bosses and their lore outside of raid zones. That’s why Arthas popped up everywhere in Wrath, to the point where we couldn’t get a cup of coffee without him asking us if we took it with sugar.

One of the few quest lines that tied directly into Illidan was that of Altruis the Sufferer. Altruis didn’t really agree with Illidan’s methods so he quit the Illidari, but he still opposed the Burning Legion in his own way. He sent players on a long series of dangerous but memorable quests that often required multiple players to complete.

At Altruis’s request, we destroyed Legion Forge Camps by turning their own weapons against them. The quest chain had us assassinating some powerful demons. We subdued a drunken, elite mo’arg in Shattrath’s Lower City — and then shook down that mo’arg’s debtors for hard cash in order to obtain his help. We also retrieved an item called the Book of Fel Names from the Shadow Labyrinth dungeon and then used it to wipe out Illidan’s most prized students. This included Varedis Felsoul, whose death plays a role in Legion‘s Demon Hunter campaign. Ironically, they would all probably be Class Hall Champions now, if we hadn’t murdered them.

The Burning Crusade version of Altruis lacked the tattoos and horns that are the hallmarks of Demon Hunters, though he was still rocking the signature blindfold and warglaives. In Legion, Altruis is one of the Demon Hunters freed by the wardens and recruited as a Champion for the Demon Hunter Class Hall, now complete with tattoos and horns. You can fish up his coin in the new Dalaran fountain, and the inscription reads simply, “Think for yourself.”