The Queue: Grash is the best 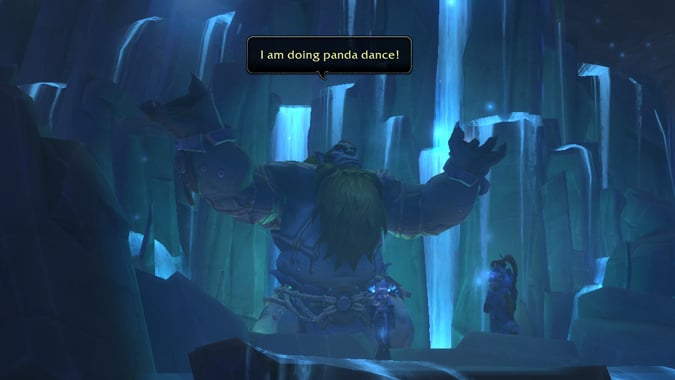 I managed to go pick up Sharas’dal, Scepter of Tides this week, and had a wonderful time in the process. It wasn’t due to the quests or my abilities as a healer (which are…poor), but because of Grash. Grash is the best. Although he didn’t initially show up in my Class Hall, he finally made an appearance this morning, and it was everything I could have ever wanted. Can I keep him forever?

Q: At the risk of sounding slightly ignorant… when exactly is one’s order campaign finished? I ask because I’ve accumulated a couple of relics that would go into the third relic slot on my artifact (BM hunter, if that matters). However, according to the tooltip, that slot is locked until I finished my order hall campaign. Okay, fine. Well, the other night I wandered into Violet Hold, and with the help of Khadgar and a host of other hunter NPCs, I took down the Houndmaster. This got me the achievement “A Glorious Campaign,” the title of “Huntmaster,” and a lovely little scene back at the order hall where a bunch of NPCs celebrated what a cool guy I was.

And yet… that third slot is still locked. Is there something else I need to do, or is my artifact bugged out somehow? I haven’t filled out the weapon talents yet, nor have I made it to the final tier of upgrade research for my order hall. So… what gives?

When it’s finished (and it’s a little different for every class), you’ll get the achievement A Glorious Campaign. You already got that, so you’re good to go — but after you’ve gotten that achievement, you should have another quest that will unlock the third relic slot. Head to the Lodge and look around, you should see someone hanging around. And grats on the achievement!

So…how are World Quests distributed? Is the given mix of quests unique per character? Per account? Per server? Or is it some standardized stuff (like reputation quests) with some bonus quests thrown in at random?

It’s per region, but you don’t automatically get every world quest displayed. If you haven’t unlocked certain areas, you won’t see world quests for those areas. Crafting profession quests won’t show up unless you have that profession. I believe gathering professions show up for everyone because they don’t actually require you to physically go out in the world and gather the materials — if you aren’t an herbalist, you can just buy a stack of herbs from the AH, or get them from a friend — as long as you have materials to turn in, the game is happy.

Q4TQ : If a seagull were to enter Firelands, could it solo Ragnaros?

Yes. Yes it could. Those things are evil, man.

Q4tQ: How difficult is it to switch specs if you’ve been dumping all your AP into one weapon?  Can you just transfer all your AP from one artifact weapon to another?  Is there a cost to do that?

You don’t actually get to transfer any of your AP from one weapon to another. If you pick up a second Artifact, you’ve got to start collecting AP for that Artifact. However, with the Artifact Knowledge multipliers in play and world quests all over the place, it really shouldn’t take you that long to get your second weapon sufficiently powered up. It’s just not an immediate thing that’s handed to you — you have to work a bit to fill it out, but it’s not that painful as long as you’ve been regularly picking up Artifact Knowledge in your Class Hall.

Well I was pretty entertained by everything Grash has said so far, including the quote in the header image. …honestly the writing in this expansion has been really on point so far, and there are dozens of characters I’ve quietly fallen in love with.

Why do rogues get Thunderfury as an appearance, rather than warriors? It just seems like such an iconic warrior thing to me, i really don’t understand. Unless it’s supposed to be some sort of in-joke by the devs.

It really wasn’t an iconic Warrior thing so much as an iconic Warrior and Rogue thing — there were endless debates over who should be wielding the weapon. As a one-handed Agility sword that pumped out damage like nobody’s business, it seemed like it was geared more towards Rogues. But at the same time, the proc — and the damage — were absolutely amazing for getting and keeping AOE threat while tanking. Guilds tended to prioritize Warriors for that reason, but it was really meant for both classes.