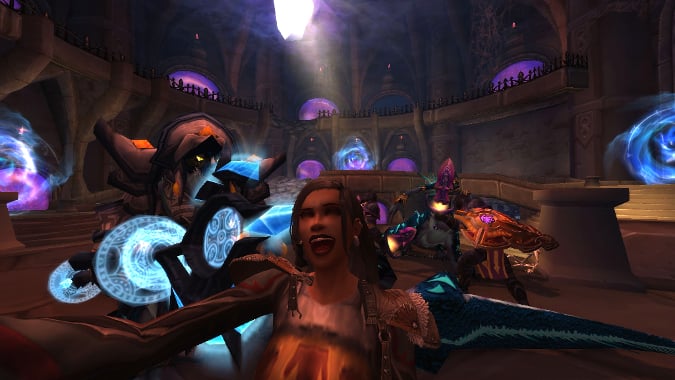 A new change to Artifact Power rewards in Mythic+ dungeons is going to buff AP rewards for some players and nerf them for others. The base AP (before Artifact Knowledge is applied) in caches has been increased — with more AP for higher level Mythics — but bonus chests (rewarded for beating the timer) will no longer contain any Artifact Power; instead just rewarding gear.

If you were stomping low level Mythics to get bonus chests for AP, this is a definite nerf: you’ll now want to hit higher level dungeons to get those same rewards. While players now have a reason to run higher-level Mythics, without AP rewards they may find less incentive to beat the timer. Previously, you received 400 AP for both the cache and any bonus chests. Now you’ll receive the following AP from different level caches:

Check out the full blue post below for all the details.

We’re deploying a hotfix as soon as possible that will change some of the contents of the chests at the end of Mythic Keystone dungeon runs:

The bonus chests you receive when you dominate a dungeon so thoroughly that your Keystone upgrades multiple times are intended to make sure that you don’t miss out on loot. You shouldn’t feel like it’s a mistake to blow away the timer. However, Artifact Power is available in nearly every type of endgame content, so your other reward for going faster is time saved, and that time could be spent pursuing more Artifact Power from its many other sources.

These changes are aimed at aligning the efficiency of the different tiers of difficulty, so that a well-geared group of dungeon experts is rewarded more for tackling a high-level Mythic dungeon, rather than incentivized to stomp an entry-level dungeon.

Blizzard Watch is made possible by people like you.
Please consider supporting our Patreon!
Filed Under: Hotfix, Mythic, Mythic Keystones
Advertisement