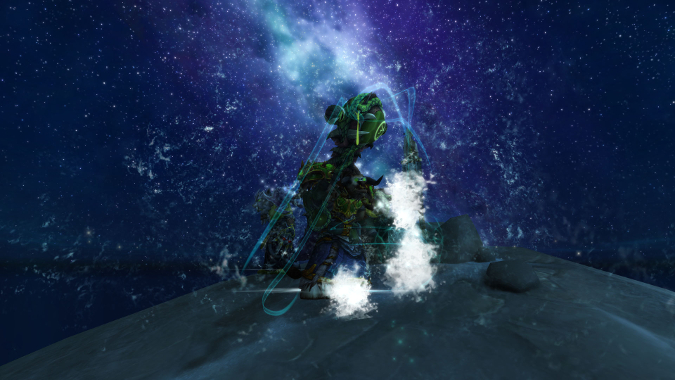 Artifact weapons are one of the key features in Legion — focal points of not only class power, but also class fantasy. One of the concerns that many players had was that if everyone had the same weapon, what would make it so special? Luckily, the developers included some ways to customize your artifact through alternative appearances.

Some appearances are locked behind achievements, others are unlocked by quest chains. Each artifact also has hidden appearances scattered throughout the Broken Isles. These can be found from drops off of mobs while others can be purchased. Many have prerequisites that have to be met before they can be found. Today, we’re going to focus on the hidden Shaman artifact appearances. 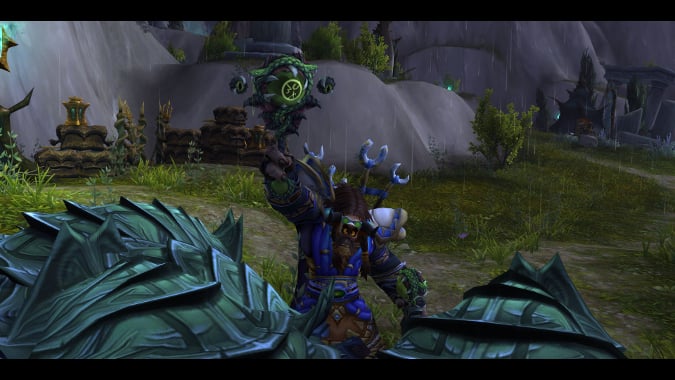 Coil of the Drowned Queen

Restoration Shaman have probably the easiest time finding our hidden artifact appearance. Unlike many of the other ones, Coil of the Drowned Queen can drop at any player level above 100 and does not have any research or achievement prerequisites. The only requirement seems to be actually having obtained Sharas’dal, Scepter of Tides. I was able to obtain this hidden skin at level 108.

This drops in the Eye of Azshara instance, and while data mining suggests that this drops from any boss or mob, I obtained mine from Warlord Parjesh and all player reports seem to support that. Considering that Eye of Azshara is an instance we see often while leveling and questing, having this as a potential drop early on is very nice.

Aesthetically, it transforms our shield and weapon into a nest of serpents. Which,  makes sense considering we get it from Naga. The default color is a deep green with blinking serpent eyes that orbit both the mace and the shield. The center holds a green liquid and has a bright rune on the container.

Considering Restoration Shaman are wielding a mace that was once owned by Queen Azshara herself, it makes sense that we get a naga themed skin. After all, that was the fate of her and her followers. I personally really like the visual, and since obtaining it, I haven’t had any desire to change the appearance. 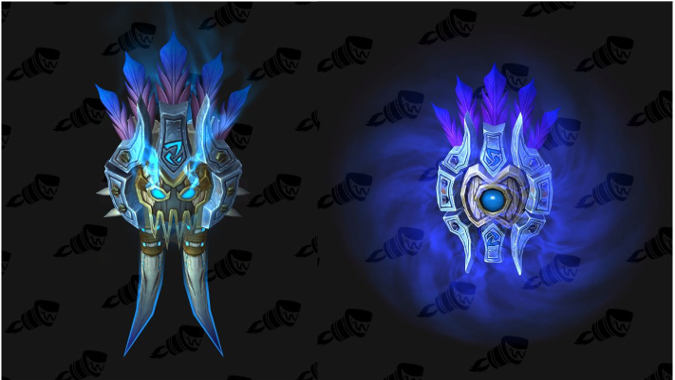 Lost Codex of the Amani

Shamanism has some deep roots in the troll culture of Azeroth, so having a skin that pays homage to that makes perfect sense. Story-wise, the codex details the exploits of a troll by the name of Atai’natha that secured his rule with his magical claw. He isn’t a character in lore yet, but it is a nice little flavor touch.

To obtain the hidden appearance there are a few things we have to do. First: Artifact research. We have to have at least a research level of four. We are going to be doing this anyway to help with gaining artifact power, but each level of research takes several days to complete.

Once we reach that fourth level of research, it is time to head into the Underbelly of Dalaran. We have to wait for the sewer guards to be on duty, and for some of the rare spawns to come up. The codex has a chance to drop from any of the rare mobs in the Underbelly, which makes at least a little sense since we need a magical tome to tell us how to unlock it.

Visually, it’s very troll. The face-plate of the fist is similar to the Troll Shaman totems and the talons are crafted from bone. The metal appears crude and rough hewn and the adornment of feathers on both the fist and shield scream troll. I think it’s very fitting for us elemental shaman, and I know I’m spending as much time in the Dalaran sewers as Rogues and Warlocks attempting to get this appearance. 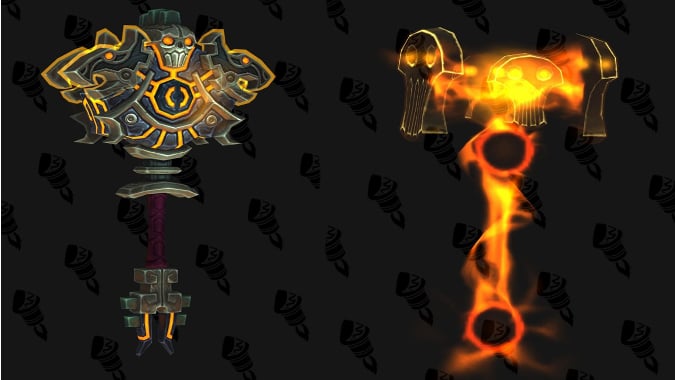 Shirvallah is the primal tiger god of the jungles, a powerful Loa who, as players, we have interacted with many times over through his champion in troll dungeons and even friendly NPCs. It is said that Shirvallah is the reason Troll Druids can transform into tigers. The warmace is said to have been wielded by a high priest of Shirvallah before being lost to the seas.

There is only one confirmed requirement to obtain this hidden appearance, and that is killing a world boss. This can drop from any of the world bosses that spawn each week. In terms of artifact research requirements, I have been unable to find any confirmation. It is certain, however, that it’s not a 100% drop rate.

The good news here is if we are already killing the world bosses for either loot or the world quest bonus, we get a chance at this dropping. My understanding is it will show up as a lootable item on the world boss body and so if we see that sparkling corpse there is a chance that it’s there, but it’s not something we can use a Seal of Broken Fate for.

Overall, I really like the aesthetics of the hidden appearances, and I enjoy their tie to in-game lore. This may shock you, but I am a huge fan of lore and anything that ties into that in-game makes me happy.

What do you think of our hidden artifact appearances? Do you have one of the hidden appearances? If you do, share a picture with us! Show off your artifact and mog in the comments below or ping them to me on Twitter. I look forward to seeing your styling shaman.