Running of the Gnomes on October 15 benefits breast cancer research 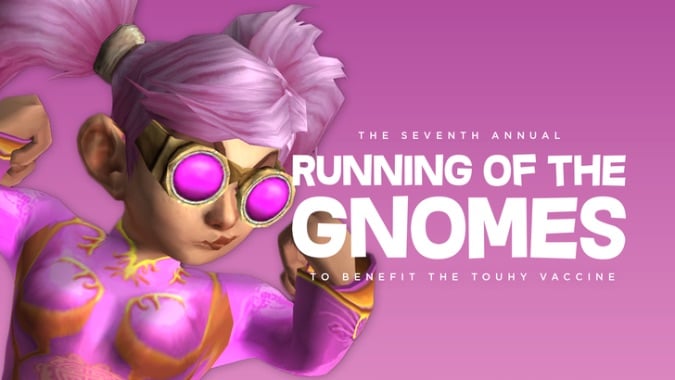 World of Warcraft will be 12 years old this year, and the Running of the Gnomes event has been an annual staple for seven years. This year it’s back again, with a run this Saturday, October 15 at 7PM EST. It’s basically what it sounds like: thousands of pink-haired Gnomes will make a race through Azeroth towards Booty Bay. Last year, 2,450 people participated.

It’s all to benefit breast cancer research, with proceeds going to the Cleveland Clinic. The clinic is working on the Tuohy vaccine, which could end breast cancer for good. Last year they had a goal of $1,500 and smashed past it to raise $4,000. This year they’re aiming for $2,500. The event raises money via donation, and you can help! Either donate what you can or donate based on the number of Gnomes that show up — head to their donation page to chip in, with all cash going directly to the Cleveland Clinic. 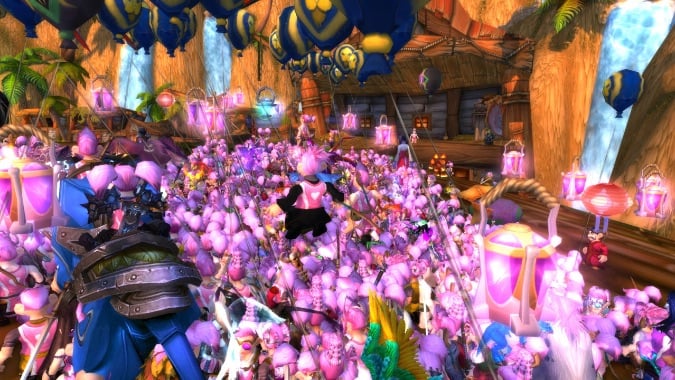 It starts at 7PM EST, but you’ll want to hop online at least a half-hour early for a guild invite and join the /gnomerun channel to keep up with the festivities. While players will be on-hand to give out guild tabards and/or pink shirts, they’ll be available on a first come, first served basis. If you can grab your own (or mail an account-bound guild tabard to yourself), do it so you can be color coordinated.

You’re asked to avoid offensive names and keep your pets put away, as they can cause lag (though with sharding this may be less of a problem this year).

And, last but not least, have fun racers!

Blizzard Watch is made possible by people like you.
Please consider supporting our Patreon!
Filed Under: Breast Cancer, Gnome Run
Advertisement