Lightsworn: How to get the Holy Paladin hidden Artifact appearance 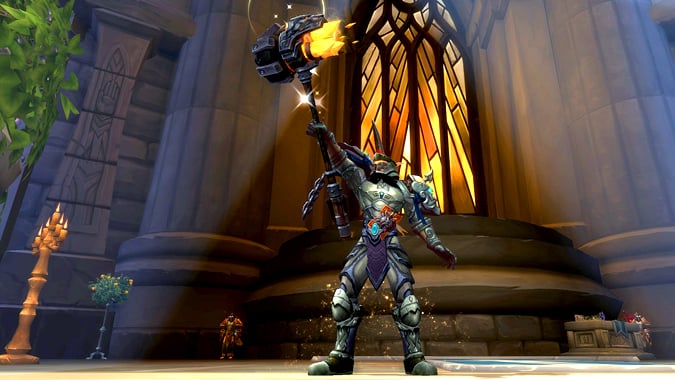 Legion’s Artifact weapons have interesting lore, cool abilities, and unique weapon models, but what if you don’t actually like how they look? Sure, you can always transmog them (a great change over Legendary weapons of the past), but it almost feels wrong not to use your Artifact’s actual appearance. Fortunately, there’s a solution: hidden Artifact appearances, which for Holy Paladins, is the Watcher’s Armament. 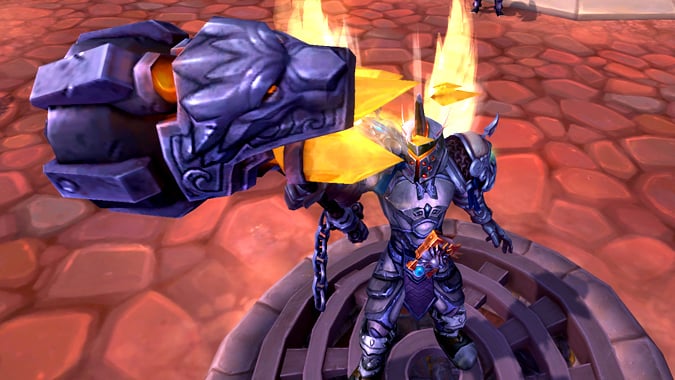 Our hidden Artifact appearance is relatively easy to acquire, though it does take a bit of effort and a bit of luck. Once we’ve reached Artifact Knowledge 5, the item that unlocks the Watcher’s Armament appearance, Lost Edicts of the Watcher, can drop from any demon. That’s it! I actually got mine by accident, and was quite shocked when it dropped from a random demon.

Minor note: When we use the Lost Edicts of the Watcher, it comes with a tiny little scene where we heft the new hammer model into the air. So if you want to take screenshots, make sure you’re in a relatively clear area! 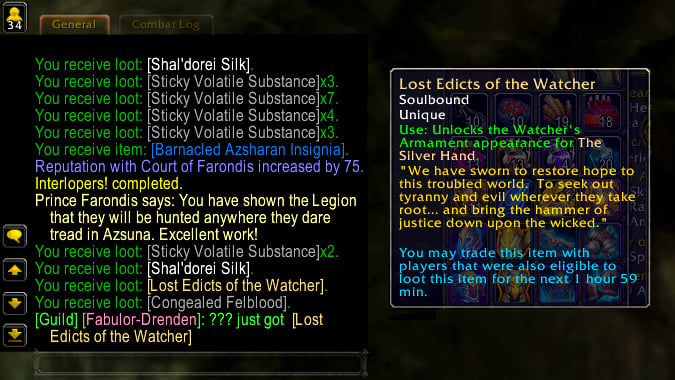 Other things to keep in mind when farming:

If you’ve played any Overwatch, the Watcher’s Armament’s huge, lion-themed look should be very recognizable, as it’s clearly based off Reinhardt’s trademark warhammer. On one hand, it almost feels like this should be a Protection appearance, since Reinhardt is as tank-ish as you can get. However, we’re the spec with the hammer, so I guess that’s why we got it!

Like the Silver Hand, the Watcher’s Armament also comes with an automatic belt libram, a silver lion-crested red-and-gold version. Just the thing for our many red-and-gold transmog outfits! 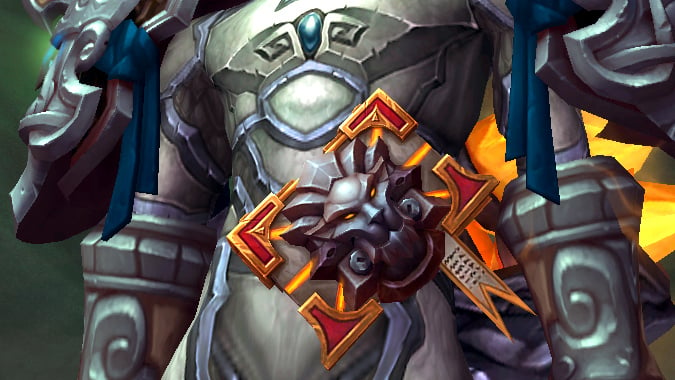 We also get one more extra little feature — when we Divine Shield while using the Armament, a little lion crest and glowing shield appear in the air in front of us, just like Reinhardt’s energy shield! 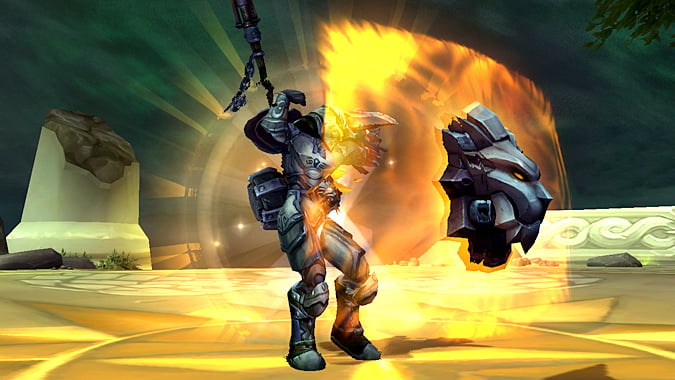 Unfortunately, the crest disappears if you move. Still quite cool, though.

Like all of the Silver Hand appearances, the Watcher’s Armament has some alternate color variants that can be unlocked through various accomplishments.

Lastly, you can track your progress on these three hidden requirements by using this Weak Aura. Alternately, if you don’t use Weak Auras, you can use the following script. Simply copy and paste it into the chat field, or put it into a macro for easy use in the future!

I’m quite pleased with our hidden Artifact appearance, but to be fair, I’m also an avid Overwatch player. I think the Watcher’s Armament looks pretty cool even if you’re not familiar with Reinhardt, but I could certainly understand if it didn’t have the same significance to non-Overwatch players. What do you think? Are you going to devote some time into farming it up? Do you prefer one of the other Silver Hand appearances? Or are you just going to transmog into older weapons instead?