The Sombra ARG made fools of us all 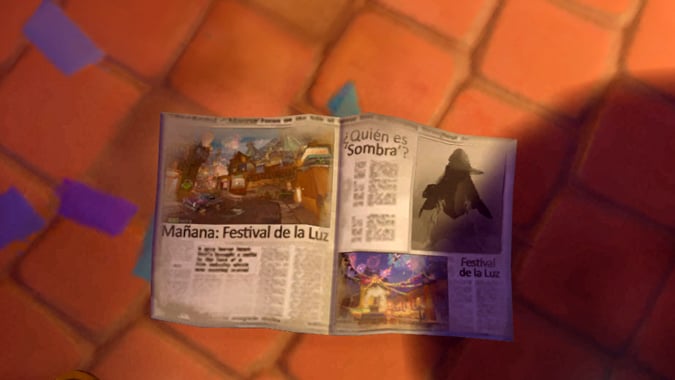 After weeks of waiting with bated breath, the countdown on AMomentInCrime.com finally hit 100% … and nothing happened. If you haven’t been keeping up, Blizzard has been teasing the release of Sombra since before Overwatch even officially launched. The Dorado map includes multiple references to Sombra in the form of dossiers scattered on the map and a Spanish-language newspaper bearing the headline ¿Quién es ‘Sombra’? Players latched onto these hints, wondering if there were more hidden elements to uncover. Fueling players’ interest, the following exchange comes from Eurogamer in an interview with Overwatch game director Jeff Kaplan:

Whilst we’re talking new heroes, how did you find it when people started speculating that a new hero, called Sombra, was about to be revealed around the time of your last animated short? Was that strange, from your perspective?

Jeff Kaplan: No, it was not strange. We have put a lot of hints, all over the game and out of the game, so I would say it’s about time that people are concerned with who Sombra is. I hope they keep researching more and find more hints that are out there.

So they haven’t found everything yet?

Jeff Kaplan: No. No sir.

That interview was published July 6 of this year. On July 12, Overwatch released the origins video for Ana, their most recent addition to the game’s roster. That video marked the beginning of the saga of the Sombra ARG, or “Alternate Reality Game.” Alternate Reality Games are familiar to the gaming community at large: They’re an interactive multimedia narrative. They involve puzzles and mysteries, requiring the player to scrutinize every last hint and detail to organically discover the next part of the story. Alternate Reality Games have been used to great effect by developers such as Valve and Bungie, used to build up to announcements for Portal 2 and Halo 2 respectively. Every ARG plays out a little differently depending on the needs and capabilities of their story and storytellers — the Portal ARG required players to dial into a BBS, practically the equivalent of communicating via smoke signal given the more modern online communications technologies available. Participants in ARGs are well-accustomed to performing strange and bizarre tasks to reach the next stage of the story and were well-prepared to do so for Overwatch. 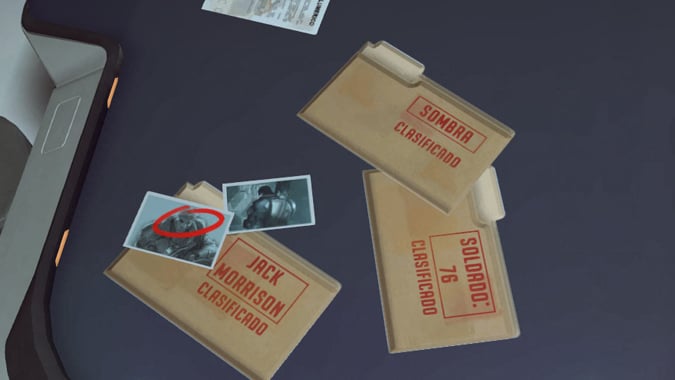 The Game Detectives wiki, a one-stop-shop for ARGs, has documented the entire game thus far. Puzzles involved in the game have ranged from simple freeze frames in promotional videos to restoring datamoshed images or attempting to crack salted ciphers. Every step of the way, solving a puzzle has resulted in nothing but another puzzle — and in cases where players found themselves hopelessly stuck, unable to crack Sombra’s ciphers, players weren’t given much in the way of hints. Instead, they were shuffled off to the next step.

Alternate Reality Games are named such because you, the player, are meant to be immersed in the game’s world. In this game where we pursue Sombra, we are meant to feel as if we exist in the world of Overwatch, tracking her down as denizens of that game’s reality might. Alternate Reality Games provide a trickle of information, dangling achievable rewards in front of its players. Those rewards usually come in the form of worldbuilding: You learn more about this alternate reality in which you’re participating. This may come in the form of encountering new characters or new entities within the game world. Sombra, it seemed, was a perfect fit for this kind of game: She’s a hacker doing tech stuff and the players are also doing tech stuff to track her down. Players expected they’d learn more about her, her background, and her activities by following her virtual footsteps. 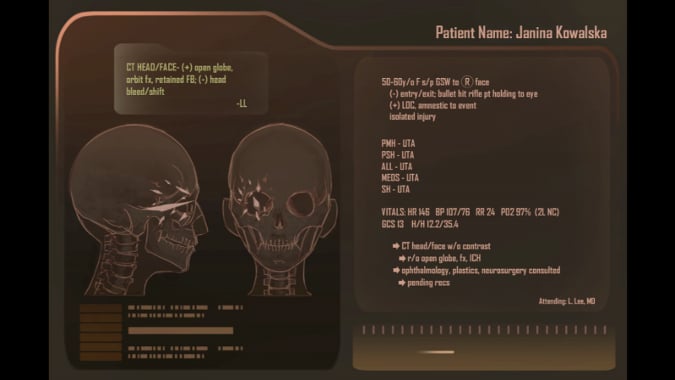 The above image was a jumping-off point for another clue in the ARG. Janina Kowalska, as far as anyone has discovered, has no further role or mention in the narrative. The clue was accompanied by the following quote:

Participants in the ARG roughly translate Sombra’s message to: “You seem to be very interested in these “heroes”. Maybe interested to know some details that I found out about them?”

This is exciting! That’s precisely what participants in an ARG want. But as far as anyone knows, that part of the ARG doesn’t go anywhere. If there’s further information to be found, no one has found it. Further information existing in the context of the ARG seems unlikely, because players progressed past this point in the game without uncovering anything else related to Janina Kowalska or anyone else who might exist in the Overwatch universe.

Players stuck with it, because an ARG must have a conclusion, right? An ARG is a game — it’s in the name. Games progress. Games have a beginning and an end. Surely, at the end of this game, there must be a conclusion.

Ultimately, players found themselves at a seeming dead end: A countdown posted by Sombra herself on the Overwatch forums. That wasn’t exciting … but it was something, right? A countdown meant something would happen when it hit 0. Right? Apparently not. The game continued, directing players to AMomentInCrime.com … to see a second countdown, significantly longer than the first.

Perhaps it was this dead end which resulted in participants going as far as to use social engineering to steal other players’ accounts in the hope they were a further hint for the ARG. After all, an ARG doesn’t simply hit a wall this way. An ARG doesn’t do that. But this one did. 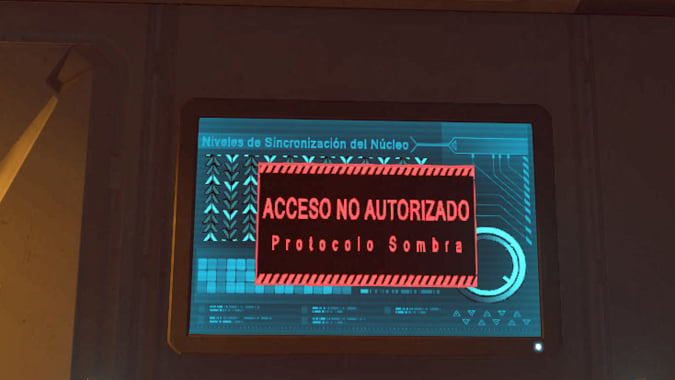 Sombra didn’t suddenly burst into being. There was no new step to the puzzle. When inspecting the source code for the page, the source now included a patch number — telling players to wait just a little longer for another patch. Players, having seen that, had to face the truth of the matter: There’s no actual puzzle to solve. There’s no end to this game. It isn’t even a game. Blizzard is merely baiting people along, its conclusion not even accessible. There is no way to “win.” There’s nothing to be seen here. Sombra will release when she releases and no matter how much time and effort players invested in solving this mystery, there is no solution and there was never a point to it. As of today, Blizzard has already release more material related to the Sombra ARG, but it just doesn’t matter anymore.

Blizzard took the ARG — a proven, interactive way to hype and engage an audience for an upcoming product — and did nothing of note with it. There was no prize. There was no reward. In no way did it contribute to the worldbuilding of Overwatch. Instead, it pulled the most dedicated fans of the game into its grip only to instill them with apathy. Will people play Sombra when she’s available to play in Overwatch? Yes, of course. But only because they’re already playing Overwatch. The Sombra ARG didn’t hype players — instead, it taught them to avoid getting excited at all costs, because this is what happens when you do.

Given Sombra’s nature, it’s perhaps fitting we learned more about her and her character in a recent leak than over the course of this entire game. This ARG taught us nothing and brought us nothing — only illicit actions accomplished that. 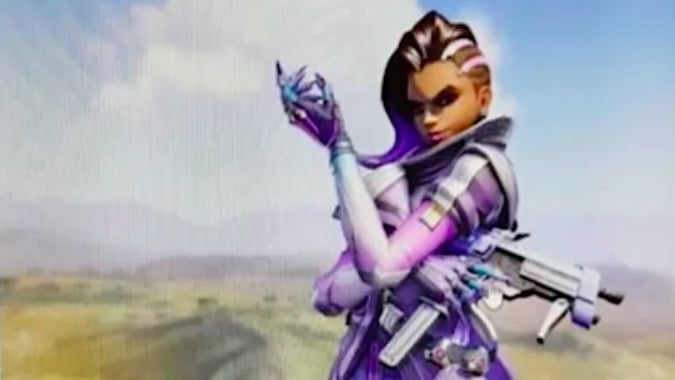 Blizzard Watch is made possible by people like you.
Please consider supporting our Patreon!
Filed Under: Alternate Reality Game, Arg, Sombra
Advertisement