What you need to know about Hearthstone’s Heroic Tavern Brawl 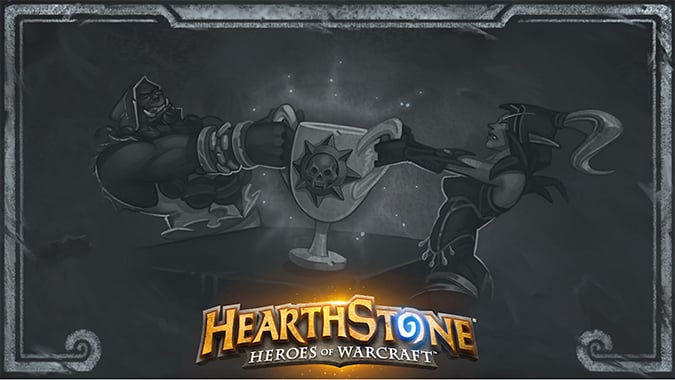 Last week, the Hearthstone team unveiled a new, competitive Tavern Brawl. This particular Brawl is going to be much more Heroic than the Tavern Brawls that we’ve grown accustomed to. In essence, you can think of it as Hearthstone’s arena, except you don’t get to draft cards that go into your deck. You have to put together a Standard deck — consisting of cards from Classic and anything from Blackrock Mountain and onward — and use it to go all the way. The more wins you rack up, the better the rewards. You can’t modify your deck once the run begins. Unlike most competitive formats, matches are played in a best of one.

Like the Arena, you’ll need to pay if you want to play. The entry costs are steep, but the rewards can be worth it if you’re a skilled player with the right cards. Each run in Heroic Tavern Brawl will cost you $9.99 USD or 1000 gold. There will be a limit to the amount of completed runs you can participate in.

The potential payoff is huge, as evidenced by the table below. If you don’t win, you can still earn a pack (which will probably be the most expensive pack you’ve purchased). If you hit 6 wins, then congratulations as you’ll have about broken even by gaining 7 packs, 250 dust, and 250 gold. If you can score 10 wins, you’ll get a bounty with 16 packs, 400 dust, 400 gold, and a golden Legendary. Go all the way to 12 wins and be prepared to feast with 50 packs, 1100 dust, 1100 gold, and three golden Legendary cards. 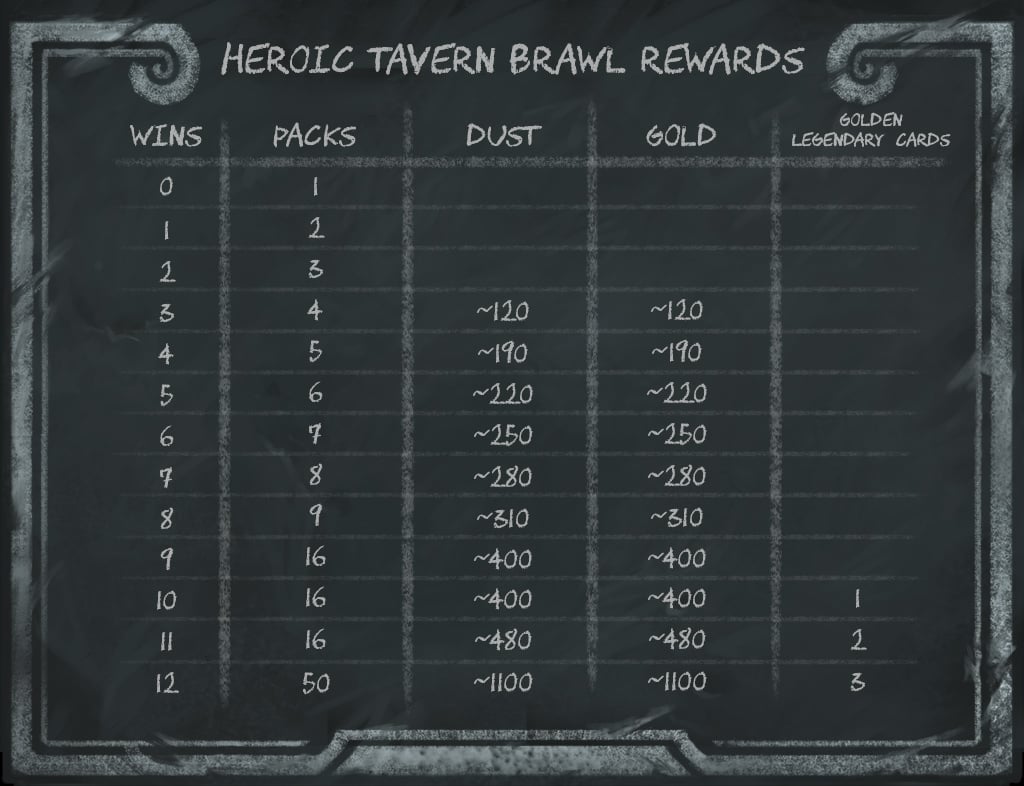 Good luck in there! I’m not quite sure what deck to use. My current game plan is to either try my luck playing Shaman or roll the dice by bringing a deck that is specifically designed to counter Shaman. I would have loved to bring in Tempo Mage but the adjustments to Yogg-Saron mean that I may not have as many chances in stealing wins. Those of you participating, what classes or decks do you plan on using?

Blizzard Watch is made possible by people like you.
Please consider supporting our Patreon!
Filed Under: Hearthstone, Heroic, Tavern Brawl
Advertisement