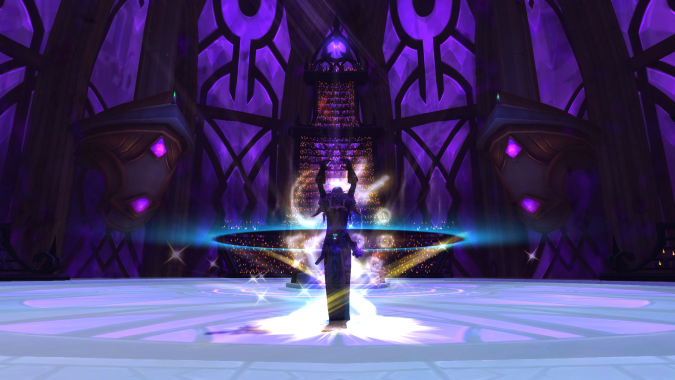 In addition to all the nifty new content added in patch 7.1, Blizzard also added a few quality-of-life changes. Among those, we have a couple new macro conditionals that bring smart-casting to the game after a decade without them. For players who use these in Heroes of the Storm or other titles, this is likely good news. For players that have no idea what I’m talking about, allow me to elaborate.

For any spell or ability that uses some sort of targeting circle — think Rain of Fire, Heroic Leap, Healing Rain, and so on — you can now create a macro that will automatically place the spell at either your character’s location or wherever your cursor is. In doing so, you eliminate the need to click the spell, aim the targeting circle, and then click your mouse to confirm the spell’s location. While some players would understandably prefer to aim abilities the old fashioned way, this can still be useful for dropping something like Ravager at your feet while soloing.

If you can’t wait to change all your aimed spells to smart-casts or just want to take the new macros for a spin, the conditionals you’ll want to use are “@cursor” for casting where your mouse is currently aimed and “@player” for instantly dropping abilities at your feet. For example, if you want to Mass Dispel the melee who are terrible at avoiding debuffs, you’d use the macro /cast [@cursor] Mass Dispel. If you want to quickly drop an Earthgrab Totem at your feet while running away, you’d use the macro /cast [@player] Earthgrab Totem.

Oh, and as a bonus for anyone who’s about to go on a macro-making extravaganza: The size of the macro-icons window has been dramatically increased with this patch. Thanks, Blizz — keep the QOL changes coming!

Blizzard Watch is made possible by people like you.
Please consider supporting our Patreon!
Filed Under: Macros, Patch 7.1, Smart Casting
Advertisement