Patch 7.1 dropped and we’re currently living in it. For me, this has meant switching to Fury for raiding and testing it out. I don’t think the buffs are going to magically catapult Fury to top DPS for several reasons. First, some of the problem with Fury’s poor showing in Emerald Nightmare can be blamed on that old standby, melee unfriendly fight design. Fights with a lot of target switching, fights were you have to break contact from a boss and run to get charged or stand in a charge, fights were you’d love to stand in the middle of the bloods and AoE but you can’t because one of the bloods is targeting you and you have to run away from it… we all know the drill.

Now, we’re all aware that complaining about some things doesn’t really help. Nobody likes target switch fights, nobody likes having to kite as melee. And heck, at least you can spec Shockwave on Il’gynoth, throw a ton of AoE at the bloods, then Piercing Howl and Heroic Leap away if you are targeted. It’s tolerable. So let’s talk about how patch 7.1 changed things for Warriors. 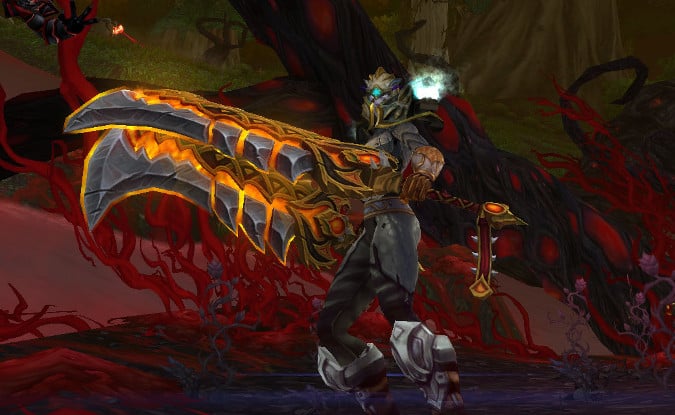 If you’re an Arms or Protection Warrior, nothing really changed in 7.1, so keep on keeping on. To look at the patch notes themselves:

The Inspiring Presence fix doesn’t change how we play at all. The Hamstring change isn’t a huge deal outside of PvP, but letting it proc Tactician is nice. And the Bladestorm buff is nice, should be higher. I’m not sure why Ravager is listed under Fury when you can’t spec into Ravager as Fury.

In fact, I’ll just say it now — these buffs are nice, but they should be higher. Enrage increasing the damage you take should just be gone in the era of widespread damage to all players. If you’re trying to balance it against Fury Warriors having higher health due to the second weapon, fix that. Making it harder to keep a Fury Warrior alive because he’s taking 20% more damage during a high damage phase (like on Cenarius when you get two dragon adds and they’re both AoEing the entire raid) is just a terrible idea. Going into an Enrage is a big part of Fury Warrior DPS, making them also have to worry about their health during Enrage is counter productive. You end up dead because you hit Rampage and caught two pulses of an AoE to the face before anyone could heal you. 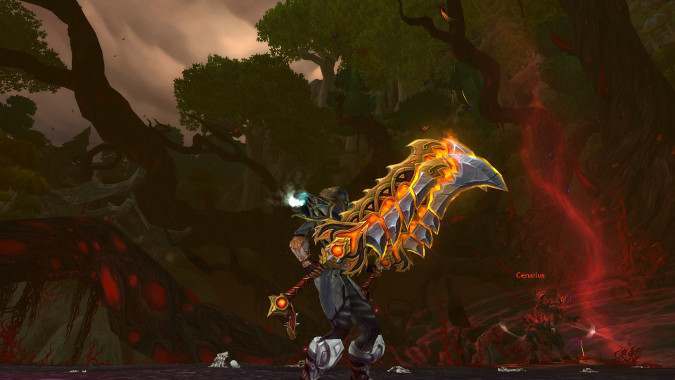 I’m not likely to complain about DPS buffs. Especially on a spec with the main attack — Rampage — being so very expensive, DPS buffs across the board were certainly warranted. The reason I don’t think they go far enough is that they don’t really address Rampage’s exorbitant cost.

It’s not that the rest of Fury’s damage wasn’t low. It absolutely was. The buffs to just about everything were warranted — you could go look at Fury at or near the bottom of every DPS parse, especially when it wasn’t geared yet, and see that. Man, it’s 2016 and I’m still writing that sentence. Just one expansion I want to not write “Fury does poor DPS until it’s geared.” I’m not saying gear shouldn’t matter, but it always matters way more to Warriors.

But the main problem with Fury’s rotation is that it’s absolutely built around Rampage. Rampage does a big chunk of damage and it puts you into an Enrage so that the rest of your rotation does more damage as well. But even with Carnage, the cost on Rampage makes it unwieldy and keeps you from using it as much.

Now, to a certain degree this reminds you to use Battle Cry with it, but it’s still not ideal and I feel like we needed more like a 12% buff across the board. Even Rampage got buffed in this pass because Fury damage was just plain low, and it’s still not where it should be in my opinion. This week’s raiding I definitely felt better, though.

The change to Enrage and Warpaint, well, I’m on record saying Enrage shouldn’t make us take more damage. So I’m not excited by the Warpaint change. I mean, it’s good that we’ll be taking less damage in raids. But I still often switch to Arms on heavy damage fights because I know I’ll stress my healers out less and Second Wind can help take the pressure off for them. On Cenarius I take Defensive Stance, the damage ticks too frequently for Second Wind. But it’s still better than anything Fury has to mitigate incoming damage. 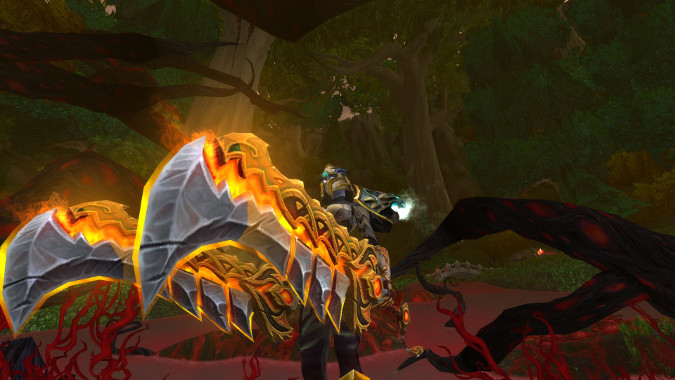 If you’ve been Fury this whole time, the buffs are an unambiguous good, even if they could and should be better. More damage? Less dying? I can’t argue against these. I definitely think it should have been 12% buffs instead of 8%, but Blizzard loves to take baby steps.

But if you deliberately went Arms because Fury was so lackluster, I hope you’ve been keeping up on your Artifact Knowledge and getting lucky on Relic drops. I have the former, but I absolutely haven’t on the latter. Haven’t seen a single Relic drop in weeks. I’m well behind on my Warswords in terms of traits compared to Strom’kar, and my relics are significantly weaker in them as well.

This is something that exacerbates the problem and makes buffing a spec tricky this expansion. Even if the Fury buffs are enough, if most DPS warriors have been focusing on Arms and have put the majority of their Artifact Power into Strom’kar, they’re not going to switch. This will keep Fury numbers low and make determining the spec’s true potential harder, since we can’t parse the DPS of a spec that isn’t being chosen.

So I’ll say this — if you were playing Fury because you like how the spec plays, only to be disappointed by its low damage and felt forced to change, give Fury another shot. Even with a lower ilevel Artifact and lacking traits, I felt reasonably good about the spec following the patch. It still plays fun and the damage is definitely better, plus it’s less ruinous to play for an undergeared Warrior trying to crack World Quests.