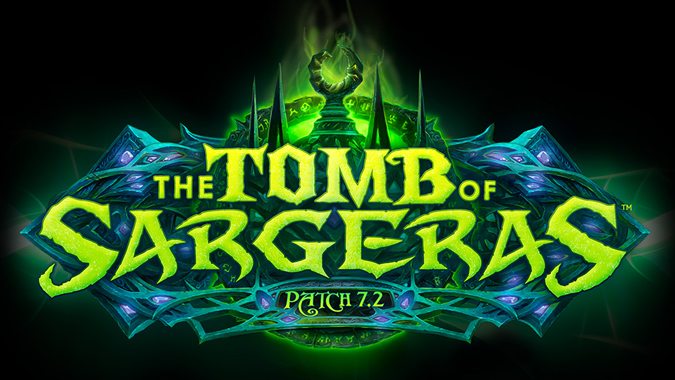 The World of Warcraft Q&A panel for BlizzCon 2016 will begin at 4:00 p.m. Pacific (6:00 p.m. Central) and we’ll be covering it live right here. The panel covers all things World of Warcraft, so anything goes.

4:00 p.m. And it’s kicking off! Panser is currently delivering her intro. Hooray Panser!

Q: Rho from Realm Maintenance is up. Is crafted gear going to scale up in patch 7.2?

Q: How will they address low pop realms and faction imbalance on realms?

A: Not great gameplay to restrict what faction you can play on a given server. They’re going to try solving it with Connected Realms, matching up major Horde and major Alliance realms to create a mega unified realm.

A: Ion says it would make it way too easy for all-Gnome guilds. In all seriousness, they want to continue considering racial identity. Gnomes tinker a lot, they’re handy, and they’re interested in the arcane. They’re not too interested in the spiritual side of things. No Druids/Paladins right now.

Q: PVE vs. PVP class balance. More focus tends to be given to PVE. Why not PVP?

A: PVE is easier because it tends to just come down to damage meters. In PVP, the entire kit needs to be taken into consideration because it’s all used. In Legion, though, they do have a better ability to tinker with class balance in PVP and have tried to do so.

Q: What happened to Me’dan from the comic series? Wasn’t he supposed to be the new Guardian?

A: Certain fiction exists outside of the World of Warcraft that we love, but wouldn’t be considered canon. Me’dan being the Guardian isn’t World of Warcraft canon. There may be a story for Me’dan in WoW, but that isn’t it.

Q: Any chance to pool Artifact Power at an account level so you can use it on a different character?

A: The Artifact Power catch-up mechanics we currently have (and the ones we will have) are intended to address that. Artifact Knowledge provides a huge boost that continues to build. They aren’t account-wide and aren’t intended to be.

Q: One achievement away from the Salty title. Where did the Stranglethorn Fishing Derby go?

A: They had to turn it off because of “tech things” and it’s coming back soon. They’re aiming for 7.1.5. It was intended for patch 7.1 but had to delay it. Realm sharding/phasing meant there was no single Stranglethorn Vale to determine a realm’s winner. They’re going to make the fishing tourney region-wide with 50-100 winners.

A: He was in beta, but they pulled him because there wasn’t enough time to get his full story in. Wrathion is currently wandering Azeroth. We’ll see him eventually.

A: They reiterate they’d rather have effective catch-up mechanics for alts rather than make things account-wide. They understand there’s a lot of content in WoW that can be alt unfriendly. Ion cites they’ve already tried to fix some of this with patch 7.1: Attunement for Suramar dungeons, world quest unlocks, etc are account-wide.

A: Depends on the content being produced. The kodo gets an upgrade alongside Tauren content. No promises, but it will happen depending on what happens around them.

Q: Blood Elf Paladins get their power from the Sunwell, but the Sunwell is on Azeroth. What’s the range on that? Can they use it on other planets?

A: Holy magic goes where it’s needed. It can be accessed anywhere in the cosmos. There’s no range on the Sunwell.

Q: Any plan on turning the WoW Token into an item that can be used on other character services? Character recustomization, etc?

A: Yes. They designed the system to be useful across all of their services, but to ensure it worked smoothly, they started off with 30 days of gametime only. When you use a token, you’ll get the choice of how to redeem it.

Q: Will you revamp the older armor sets? Why don’t you increase the size of the backpack?

A: Unlikely to revamp the older armor sets, but they are used for inspiration for updated sets. As for the backpack, there’s been a “myth” the backpack would be nearly impossible to update. It was apparently brought up at a recent meeting and a developer asked why people keep saying that, because it isn’t true. They will be updating the backpack size Soon (™).

Ion Hazzikostas adds a note that the Tomb of Sargeras tier armor is very heavily inspired by tier 6.

A: They like how professions diversify characters. Some people really love their Druid being an Herbalist. What happens when that isn’t a choice anymore? But they do discuss this a lot and who knows what could happen.

Q: What will happen to our Artifacts after Legion? If they don’t carry forward with us, what replaces them?

A: Artifacts were meant for Legion alone to begin with. It gives them the freedom to go wild with them in this expansion rather than need to consider the future. They don’t want to reach a point where Artifacts have hundreds of traits. At the same time, they know replacing it with a green item in the next expansion wouldn’t feel good. Ion says, at the end of Legion, you will be able to unlock your artifact appearances as transmog options to use in the future. They’re happy with the sense of endgame progression the Artifact offers, though, and we’re likely to see similar gameplay later.

Q: What’s with the RNG on Legendaries? Any way to target a specific one you want?

A: They probably won’t let you set your loot spec specifically for legendaries, but they’re trying to figure out a way to ensure it isn’t punishing to play a secondary spec. They are discussing ways to let you aim for a specific legendary but they have nothing in mind right now.

Q: Now that WoW has a cookbook, can we lend it to Nomi?

Q: How far ahead do they plan character arcs? Did they know what Garrosh would become in the end?

A: Garrosh is an interesting example. They planned him very far ahead. They knew they needed Grom’s kid and he needed a big destiny. They originally planned for him to have a heroic end, but that obviously changed. In the case of someone like Wrathion, though, he had an unexpected takeoff. It depends on who geeks out on a character, how long, and how much.

Q: Back in 2014, cosmetic class accessories were shown off. Was this scrapped?

A: It wasn’t scrapped. They put a pause on it in favor of Artifacts, though. Now that they’ve seen Artifacts play out, they’re going back to those accessories to figure out what to do with them.

Q: Red shirt guy! What’s up with the naga in Azsuna? They aren’t explained very well. Who are they working for?

A: Naga don’t all have the same allegiances. Some naga may be working with the Legion, some may not. Queen Azshara is definitely interested in the Tidestone, but who she’s working for is unknown (by us). Wait and see. 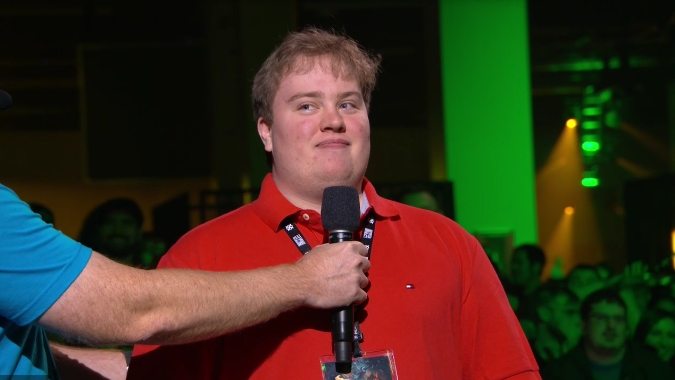 Q: Author of GTFO addon. Are there still any secrets in the live game currently undiscovered?

A: Ion says nothing huge, nothing Kosumoth level, but the answer may be different in a few months. Patch 7.2 teaser?

Q: What’s with the Game of Thrones move on Ysera? Spoilers!

A: Heroes make grand sacrifices in World of Warcraft. Ysera was mortal after Twilight of the Aspects. Alex Afrasiabi says her spirit lives on and we shouldn’t assume she’s gone for good.

A: Players have different social groups in WoW and not necessarily just guilds. They have ideas for guild halls and like the idea, but “who knows.” There’s also the garrison problem of not wanting people in a private instance all the time, but if there’s no reason to go, it’s useless. And for customization, who gets to customize? Just the guild leader? Everyone making a big mess? There are problems to solve.

A: “How not to make this spoilery?” Afrasiabi asks. The audience tells him to just ruin it, he says no. He says there’s more to Vol’jin’s story in time.

A: They’re working on it. Can’t give details, but it’s in progress.

Q: Why is changing talents such a nuisance?

A: They wanted talents to be meaningful choices. They wanted “friction” between what you want or need at any given time. They included the grace period when entering a dungeon after a queue to alleviate some of the inconveniences, but they really don’t want you changing talents between trash pulls, between trash and boss, etc. Having all things at all times via talent swap macro wasn’t ideal.

A: No plans, no need. Titanforged is already meant to indicate something really, really rare. “Metzenforged is pretty good, I’ll admit.”

Q: Any chance to play with friends on the opposite faction?

A: They see faction identity as essential to the game. They want to be careful to maintain what it means to be a member of the Horde or Alliance. No cross-faction play. They’re sensitive to people making friends they can’t play with, but the Horde and Alliance identity is central to the game.

Q: Khadgar’s been part of the lore for a very long time. We still don’t know his last name or anything about his family. What’s the deal?

A: Khadgar might be his last name, Afrasiabi says. Ion says his first name is Archmage. Afrasiabi adds “That sounds like a fun series of quests for someone (not me) to do.”

Q: Engineers can craft motorcycles, choppers, rockets. How about a submarine?

A: That’s a great idea, but no plan for it. Could totally see a gnome or goblin submarine. “First step, make a massive underwater zone.”

Q: There are undead priests, but not paladins. Why?

A: Afrasiabi says priests and paladins use holy power differently. Priests use it for the preservation of life. Paladins often use it offensively. Their biggest enemies are undead and demons, and… Afrasiabi admits he’s making an awful argument. They’ll consider it. Ion adds “the real answer is undead shouldn’t be able to spec holy.” Jokes!

Q: Can hunters tame the unicorns in Legion?

A: “There are no unicorns in Azeroth. What do you mean? The horses with horns?” More jokes. Ion says maybe eventually, but no immediate plans.

Q: Any plans to expand world quests or events to scale like world invasions did? Level 7s playing with level 70s?

A: No reason holidays can’t be level agnostic. Players of all levels should be able to queue for Headless Horseman, for example. They plan to do this.

A: Mythic raiding is the last bastion of server identity and they don’t want to eliminate that.

And that’s a wrap! Thank you for joining us, everyone!

Blizzard Watch is made possible by people like you.
Please consider supporting our Patreon!
Filed Under: Legion, Liveblog
Advertisement