The Queue: My bubble 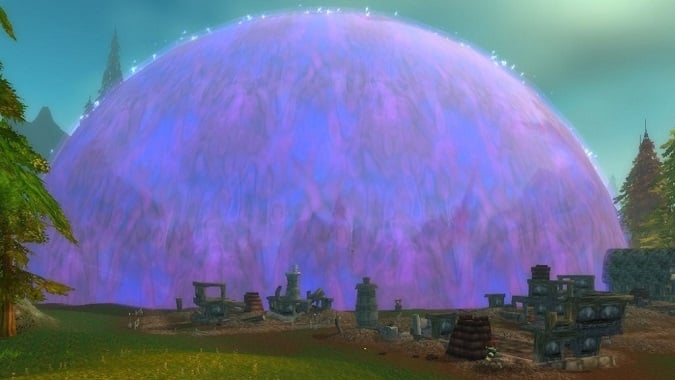 It’s Tuesday. This is the Queue.

Let us talk about Blizzard games.

Q4tQ: so, how does one go about getting the new class mounts?

The dethnugget one is the best but I haven’t played my DK since Panda.

We literally just found out these things exist at BlizzCon. We have no idea how you’ll get them.

Q4tQ: One of the smaller announcements that I’m personally jazzed over is the mini holidays. If you could make your own mini holiday, what would you want it to be about?

Bubble Day. A holiday dedicated to hiding in a bubble and not paying attention to anything going on in the world at large.

QFTQ: so, in watching the “what’s next” video on youtube over the weekend, when Ion is building to the big mic drop about Argus, he says that we will get a new faction, and that is basically our CLASS-based faction, since we’ve learned at that point that the old ones (e.g., Alliance/Horde) didn’t work out in defeating the Legion. did anyone else take this to mean that we will be able to communicate and work with people *across faction*, as long as they are in our same class? i certainly did. if this happens, mind blown.

I don’t believe so. I expect the Legionfall faction will be much the same as any other such faction we’ve had in the past, where members of both the Horde and Alliance can talk to the faction’s NPC’s and questgivers, but not directly to each other. The Molten Front from Cataclysm comes to mind.

Q4tQ: Lately I have been reflecting on Blizzard’s games both past and present (likely thanks to this being the Blizzcon of unending retrospectives). It occurs to me that Overwatch has been their first game in a long time that makes me want to play until my eyes bleed. Sure, I’m having a lot of fun with Legion, and its shaping up to be the best WoW expansion they’ve done (judgement is always reserved until after all the content is in), and I had a lot of fun with SCII, D3, HS, HotS. However I’ve been able to take and extended hiatus from those and not really think much of it (except WoW because…ya know…gotta keep moving those bars from left to right and get my ilevel higher).
Many of those games are executed well, but once I’ve completed the campaign or played for “X” hours then I’m just done.
With Overwatch I get the same feeling of wanting to play for hours on end that I did with older Blizzard games. For awhile I thought my declining engagement was due to maturing, increasing time constraints, or having many more game options to play, but Overwatch just seems to beg me to play it. One more round/just until the next loot box/oh you haven’t played “X” in awhile would that be fun….
So, is it just me? Does anyone else feel similar? Dose something just happen when a game series is around for awhile to make it less interesting? Is there something different about Overwatch, or is it just the new shiny?

Honestly, I’ve never felt that way about any Blizzard game. I definitely don’t feel that way about Overwatch because the game makes my eyes want to bleed within five seconds (too much frenzied movement for my poor old ‘diabetic retinopathy’ eyes and all that) and so I can’t actually play it at all. (I love the lore of Overwatch, but yeah, I can barely even watch Let’s Play’s of it.)

For me, the closest I’ve come to this is World of Warcraft (because I do spend a lot of time playing it) and Diablo 3. And even then, I definitely stop after at most six hours. Usually I play for no more than four.

But I doubt I’m representative of the Blizzard Watch readers.

One way to make gnomes relevant. After Legion, Sylvanas stirs up trouble. She starts plaguing everything. Think when Garry went full orc, but with Sylvanas this time. The alliance turns toward the gnomes, who have spent decades refining robotics, hazmat equipment, and combat in a toxic environment. Keep in mind, regarding equipment design, plenty of what gnomish engineers learned designing combat gear for a radiated environment, could be adapted to plague resistant gear. Furthermore the Forsaken’s ‘plague & raise’ war strategy loses it’s edge versus a military force supplemented with robot soldiers. Goblin’s would serve the Horde in a similar fashion, in a war against Sylvanas. Meaning 2 races that see little ‘serious’ screen time could get some of the spotlight to themselves.

First — Goblins got an entire expansion to utterly ruin the vibe. (I’m sorry, I know a lot of you like Goblins, I really don’t.)

Second — Gnomes don’t need to be made relevant. They are relevant. Gnomes are the descendants of Mimiron’s Mechagnomes, they’re Titan-Forged inventive geniuses. They figured out how to be Priests by studying them.

That said, I don’t hate your idea. I’d definitely like to see the Gnomes get some payback from Sylvanas for her use of Gnomes as test subjects.

Absurdly specific and completely useless Q4tQ: Who are your favorite and least favorite artifact quest antagonists or bosses? Meaning, the NPC or NPCs you kill/defeat/face off against in the last stretch of the quest or scenario to claim your artifact(s), if the quest has one.
Ariden for Apocalypse, Scythe of Elune and Ulthalesh? Gorelix for the Maw of the Damned? Eliza Goreblade for the Dreadblades? Prustaga for Titanstrike? Zakajz for Strom’kar?

My least favorite is Balnazzar from the Ashbringer quest. Just everything about him annoys the everything out of me. Shut. UP. Balnazzar. I’m incredibly tired of enemies who do the whole ‘Yes, you’ve defeated me, but that’s just part of my evil plan, I’ll get you next time Gadget’ like Balnazzar does.

My favorite so far is a toss-up between Zakajz and the Arthas/Ner’zhul double-header to claim the Blades of the Fallen Prince.

Okay, that’s the Queue for this Tuesday. I’m getting back under my bubble now.

Blizzard Watch is made possible by people like you.
Please consider supporting our Patreon!
Filed Under: Arthas And Ner’zhul Sitting In A Sword, Sack Of Jazz
Advertisement