Do you read quest text? 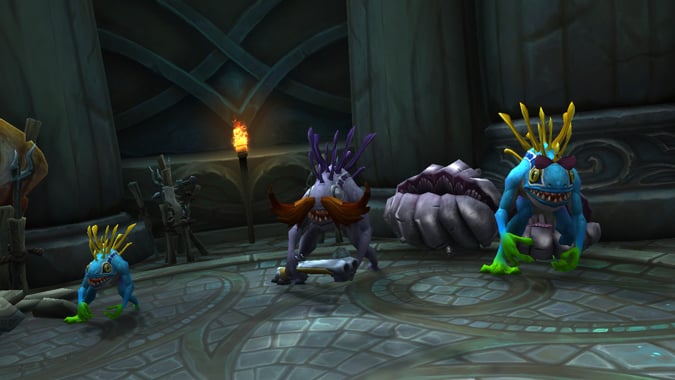 It’s probably not a surprise that I generally read the quest text. But some players have absolutely no patience for it, or for the people who stop and watch in game cinematics or videos, because these things do tend to slow group play down. You can kind of see this if you watch the leveling streams we do. Sometimes some of us will be half way across the map while I’m still reading what I’m supposed to be doing. This is one I’ve actually seen start fights in groups I’ve been in.

For me, reading the quests — even on second or third playthrough — is part of the experience. What are these people asking me to do, exactly? How are they asking me to do it? A lot of my opinion of NPCs in games comes down to how rude they were to me when they gave me their quests. If I can reasonably skip a quest from a rude quest giver, I do. As much as I want to know the lore, I also have an ego. My fictional selves won’t do stuff for people who are rude to them if they can skip it without being penalized. I sometimes have to in order to progress, so I hold my nose and go.

But some of us just click and go, and that’s hardly the wrong way to play. For one thing, they get where they want to go a lot faster than I do. So I ask you, do you read the quest text? Is it something you consider an important part of the game?

Blizzard Watch is made possible by people like you.
Please consider supporting our Patreon!
Filed Under: Leveling, Quest Text, Questing
Advertisement