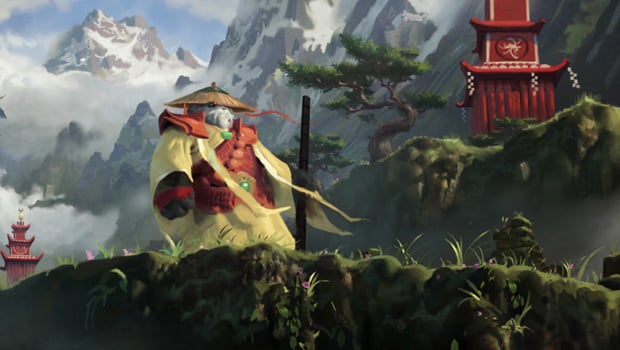 Pandaren as a whole are a little difficult to roleplay. Not only are they the most recent of the new races added to WoW, they’re also new to lore in general. They existed in Warcraft 3, but we really didn’t know all that much about them. And in WoW, nobody had ever actually seen one in person until Mists was introduced.

But that’s not the only thing that makes them unique. Pandaren are the only race in WoW with no clear faction divide. They’re available to both Alliance and Horde — and once they’ve chosen a side, they can’t really interact with the other. The choice of which side to pick has been elegantly explained by the introduction of two philosophical schools on Pandaria — the Tushui and the Huojin. There are presumably more schools than that in Pandaren philosophy, but those are the two major ones in play during the Pandaren introduction. 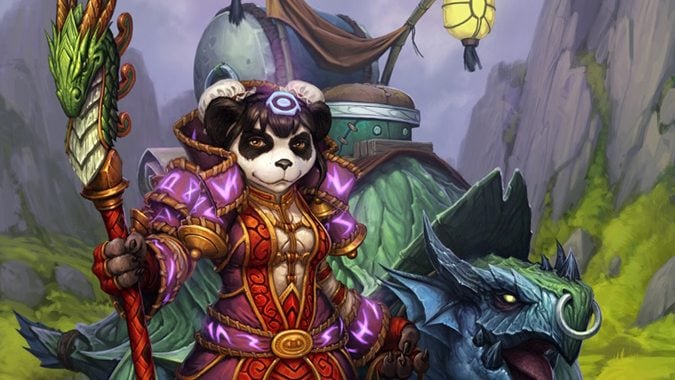 This strong sense of moral justice is what initially drew Aysa Cloudsinger to the Alliance. The faction’s beliefs and methods of approaching situations and conflict were very close to how the Tushui view everyday life. Aysa is not only the Alliance liaison for the Pandaren, she’s also the leader of the Tushui. So presumably, those that chose Alliance on the Wandering Isle also follow that path.

A Pandaren of the Tushui school of thought is generally more even-tempered than not. When presented with a problem, they’ll analyze every angle to find the best possible solution. Level-headed, they have a strong sense of what’s right and wrong, and fight for what they believe is right. 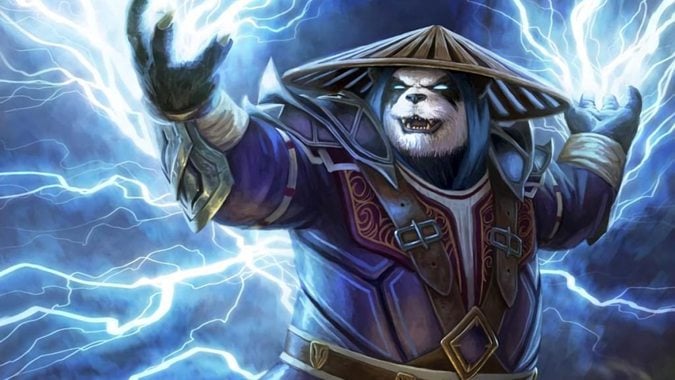 The Huojin school of thought believes that inaction is the greatest injustice of all. In other words, the worst thing you can do in any given situation is stand around and do nothing. Huojin Pandaren are brash and impulsive, far more driven to act without thinking. Essentially, the polar opposite of their Tushui brothers and sisters.

But they seek the same thing the Tushui do — a venerable life. They simply go about that from a different angle. Where the Tushui are more concerned with morals, the Huojin believe that the ends absolutely justify the means. That includes times when those means aren’t necessarily what one would view as honorable. Ji Firepaw is both liaison to the Horde, and the Huojin leader — those that follow him are presumably also following this path.

A Pandaren of the Huojin school is generally going to be practical to a fault. They don’t want to wait around to figure out the best solution to a situation — they want to solve that situation ASAP. And if that means crossing some lines that maybe shouldn’t be crossed, it doesn’t matter as long as the end result is a positive one. 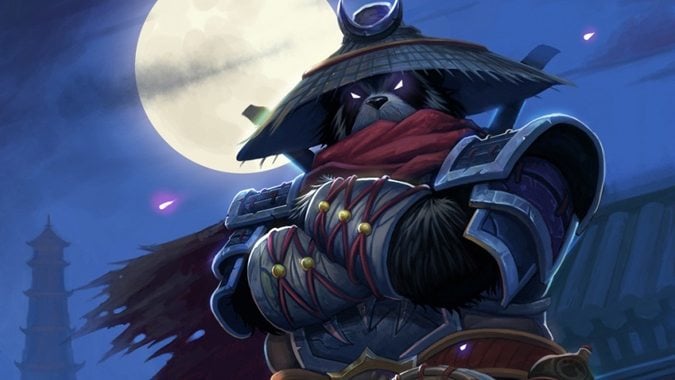 Pandaren present an issue for roleplayers not just because of the fact that they can go either Alliance or Horde, but because they’re also so brand-new. We knew nothing of Pandaren history or culture coming into Mists of Pandaria. We learned a lot, but there are still plenty of things that remain complete mysteries.

This can be viewed as a hurdle to try and work around, or it can be used as a valuable tool. Since we have very little in the way of Pandaren historical records, you have the freedom of simply making things up as they fit. You don’t have to worry about fitting your character into a timeline. The Pandaren were absent for most of Azeroth’s major historical moments.

That freedom also extends to the Pandaren schools of thought. While it’s presumed that all Huojin followed Ji, and all Tushui followed Aysa, you don’t have to play it that way. Maybe your Pandaren character wanted to learn more about the other schools of thought. Perhaps they were simply more curious about one faction over the other. Or maybe they just made a friend somewhere along the way, and just wanted to follow them. 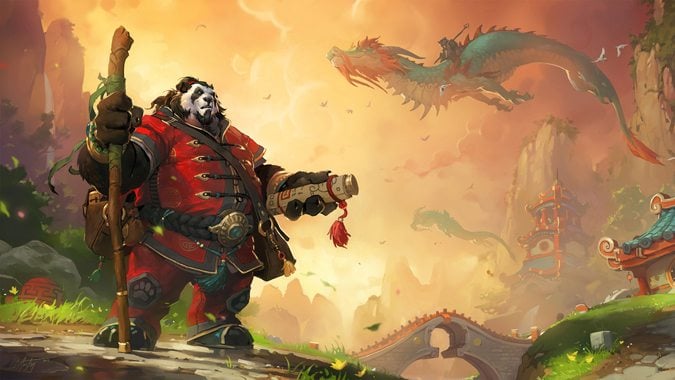 And there’s nothing saying that a Pandaren from a particular school of thought needs to behave in one way, either. You can have a hotheaded Tushui, or a calm and even-tempered Huojin. Really, the best way to approach these schools of thought in terms of character development is almost as a game device — one that happens to be steeped in lore. It’s something to explain the decisions surrounding that faction choice, rather than a reflection on every Pandaren character.

The way we’ve seen Pandaren philosophy presented is that each school has a similar goal. No matter what school you follow, all Pandaren are simply trying to live the best lives they possibly can. The difference lies in how they believe that goal is best accomplished. For some, it means taking direct action, and tackling problems head on. For others, it means keeping a cool mind, and analyzing all possibilities. And for still others, it means taking each journey one step at a time, observing everything around you and soaking up all the details on that long path through life.

What should really concern your character more than their particular philosophy is how they look at the rest of the world. As a Pandaren, they’ve been cut off from the rest of Azeroth for 10,000 years or so. That’s a lot of history to catch up on — but it’s also a lot of new things to experience for the first time. Keep that in mind when you’re roleplaying, whether your character is wide eyed with wonder at all that new information, frustrated with their own lack of understanding, or simply overwhelmed with all the possibilities.