The Pantheon made the only decision they could rightfully make when they chose to imprison the Old Gods. The death of Y’shaarj proved that trying to remove the others would only further endanger and possibly kill Azeroth’s world-soul — and that was the last thing the Titans wanted. But in imprisoning the Old Gods, the Titans inadvertently changed the course of evolution on Azeroth for good.

Although the Well of Eternity was essentially a wound, it was also a blessing to the creatures that roamed Azeroth’s surface. The mysterious, potent energies radiating from the Well fostered and hastened growth and evolution across the world. The titan-forged left behind to tend to the world helped shape and foster that life, but they weren’t immune from evolution themselves.

When the Pantheon was slain by Sargeras, Norgannon cast a spell that sent their spirits, and the last of their powers, to Azeroth. There, they inhabited the keepers that watched over the prisons of the Old Gods. Their arrival caused a great disturbance in the keepers, who didn’t realize what had happened. Yogg Saron took advantage of the disturbance, weakening his jailers and making an escape. From there, the Old God tainted the Forge of Wills with the Curse of Flesh.

The Curse of Flesh was specifically engineered to slowly change the stone and metal creations of the Titans into flesh and blood. And it worked. It not only affected the titan-forged created by the tainted Forge of Wills, it also spread to the previous generations of titan-forged over time.

Humans, dwarves, gnomes, mogu, tol’vir — all were originally titan-forged, at some point in their ancestry. All were changed, physically altered by the Curse of Flesh. Supposedly, this was to ‘facilitate assimilation,’ although the exact meaning of that disturbing phrase has yet to be deciphered. But one thing was certain — Azeroth’s native races would never be the same again.

Meanwhile, the Well of Eternity created some evolutions of its own. The Night Elves were born of the Dark Trolls, and remained settled along the shores of the Well of Eternity. There, they eventually built a civilization that dwarfed any other on Azeroth — one that would eventually bring even the mighty Zandalari Empire to its knees.

Having spent so long at the shores of the Well of Eternity, the kaldorei learned, over time, to wield the powers of the arcane. It was a kind of magic the Trolls had never seen or experienced before. That gave the Night Elves an automatic upper hand to strike. They were successful in pushing the Trolls back, gaining new territory in the process, and flourishing under an empire of their own.

War of the Ancients

But all the knowledge and magical aptitude in the world the couldn’t prepare the kaldorei for what was to come. Queen Azshara ruled her people, encouraging the use of magic. She gathered the most apt of the nobility to her side as her beloved Highborne. In their eagerness to practice and pursue arcane knowledge, the Highborne eventually drew the attention of Sargeras.

Sargeras had been looking for Azeroth. As a powerful world-soul infected with Old Gods, it couldn’t be allowed to fall into the hands of the Void. He reached out to Azshara and her trusted advisor, Xavius, presenting himself as a god. And they believed him. He managed to play on their weaknesses, promising them untold power in return for a favor — a portal, one that would allow him to come to Azeroth himself.

The result was a war that would change the face of the world forever. Although the Highborne were on board with their beloved Queen’s plans, the rest of the kaldorei were not. As Sargeras’s forces burst forth from the portal, wreaking havoc, the opposing kaldorei fought to stop them. Soon, even the Wild Gods of Azeroth joined the fray, fighting for the very future of their world. 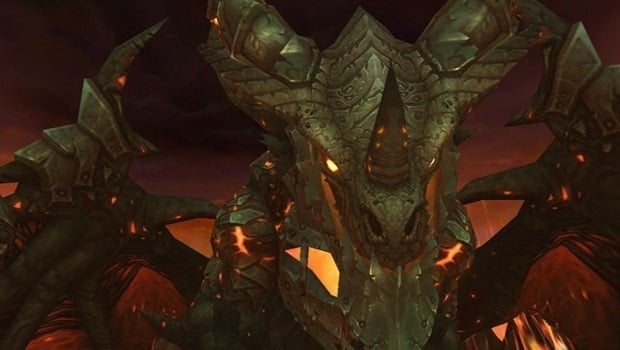 Long, long before the rise of the Night Elves, at the dawn of Azeroth’s creation, the Keeper Tyr empowered five proto-dragons with the powers of the Pantheon, tasking them with the protection of Azeroth. These five Aspects each held dominion over a different aspect of Azeroth’s existence. Alexstrasza watched over life, Ysera over the Emerald Dream and the forces of nature, Malygos over magic, Nozdormu over time, and Neltharion watched over the deep places of the earth.

Unfortunately, the Old Gods were imprisoned in the deep places of the earth — and they managed to corrupt the Earth-Warder. They whispered to him of untold power, power that could be his if he willingly served them. Driven mad, Neltharion did as he was told, crafting a golden disc called the Dragon Soul. He told the other Aspects that the disc was for the purpose of ending the Legion invasion, and asked them to imbue it with their powers.

And at the height of the battle against the Legion, he turned on his own kind. Deathwing used the Dragon Soul to murder kaldorei, demons, and dragons alike. Dubbing himself Deathwing the Destroyer, the former Aspect returned to his mountain citadel, Dragon Soul — now more aptly named Demon Soul — firmly in claw.

In an effort to save his people, Malfurion Stormrage managed to sneak in and steal the Demon Soul from Deathwing. Although successful, the golden disc was then stolen away by his brother, Illidan, and taken directly to the Burning Legion. There, it was intended to fuel the portal with enough energy to finally bring Sargeras to Azeroth.

But Malfurion managed to disrupt the spell, and inadvertently caused a chain-reaction. It destroyed both the portal, and the Well of Eternity. The resultant implosion pulled the very oceans of Azeroth into the center of Kalimdor. This created a swirling, malevolent vortex — the Maelstrom as we know it today. It also buried much of ancient Kalimdor beneath the vast, turbulent seas.

When the Sundering had ceased and the world grew calm once more, Azeroth wore a new face. No longer united, the former continent of Kalimdor had been splintered. The last remnants of Azeroth’s deep wound forever circled the Maelstrom — or at least, those that hadn’t been pilfered by one Illidan Stormrage.

The work of the Old Gods had only just begun. Next week, we’ll look at the next blow to Azeroth’s ecology — far more recent than the Sundering, but just as chaotic.