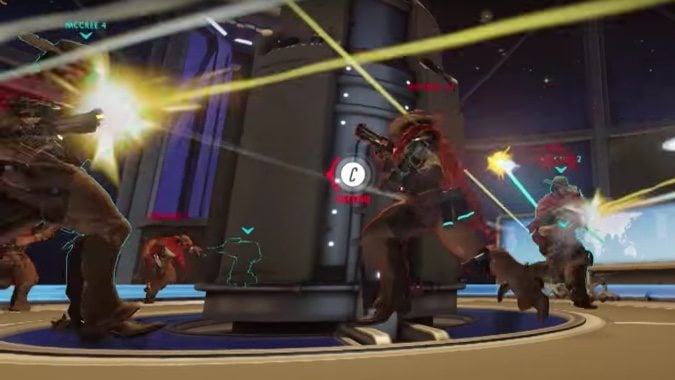 Though it’s been on the PTR for a few weeks, the latest Overwatch patch is now live. While the patch features a rework to Bastion (and some other hero tweaks), the biggest news is the new Game Browser. (Which, somewhat confusingly, Blizzard previously referred to as the Server Browser, a term we’re more familiar with from other shooters.)

This new game mode lets you create your own crazy custom game types — and when we say crazy, we mean crazy. Want to play a match where everyone plays McCree and it is always high noon? Done! Want to give players a 500% damage bonus? Done! You can tweak games to your heart’s content and invite friends to play or open the game up to anyone.

For more details on what the Game Browser is and how it works, check out the video and instructions below. If you don’t care about these custom games, though, you’ll want to catch up on the hero changes in the patch notes.

What is the Game Browser?

Think of it like a playground. The Game Browser is an extension of Overwatch’s Custom Game mode that gives you the power to create your own games, change the rules, and make your creations accessible to a much wider range of players. It also gives fellow players the tools to find your games and participate.

You can toggle switches and adjust sliders for game modes, hero abilities, movement speed, health, damage, and much more. Not only that, once you’ve crafted your ruleset, the Game Browser lets you open it up to anyone, giving players from all over your region the chance to experience

How does it work?

Creating a game for the Game Browser is easy. After entering the Arcade and clicking the Create Game button, you’ll be presented with a number of customizable options under the Settings menu. For example, if you want to increase Pharah’s rocket speed or remove the cooldown from McCree’s Combat Roll, those options are at your fingertips. If you’d like to create an Ilios-only map rotation or remove a specific hero from players’ options, the power is yours.

You’re also welcome to use one of the default presets, many of which have already been featured as official Overwatch Brawls. We’re also introducing Capture the Flag maps featuring every control point on Ilios, Lijang Tower, Nepal, and Oasis, giving players nine additional maps to choose from.

Once you’re happy with your settings and you’re ready to launch your game, you’ll need to set up permissions. You can limit the people who can join your game by toggling the Friends Only or Invite Only options, but if you want to put your creation to the test, set your server to Public and let anyone join.

If you’re not in the mood to spin up your own mad-scientist ruleset, simply select Find Game from the Arcade menu. There you’ll find a list of player-curated games that don’t involve any matchmaking. You can browse the list, hunt for a specific keyword by typing in the search field, or filter the list by mode, map, or hero. Once you find something that interests you, select the game and dive in.

This is only the beginning

The Game Browser is live right now on PC, Xbox One, and PlayStation 4, but we’re just getting started. The Overwatch team is already working on new features and options for upcoming versions of the Game Browser, which will give you even more control over your Overwatch experience.

So, go ahead. Change the rules.

Blizzard Watch is made possible by people like you.
Please consider supporting our Patreon!
Filed Under: Bastion, Game Browser, Server Browser
Advertisement