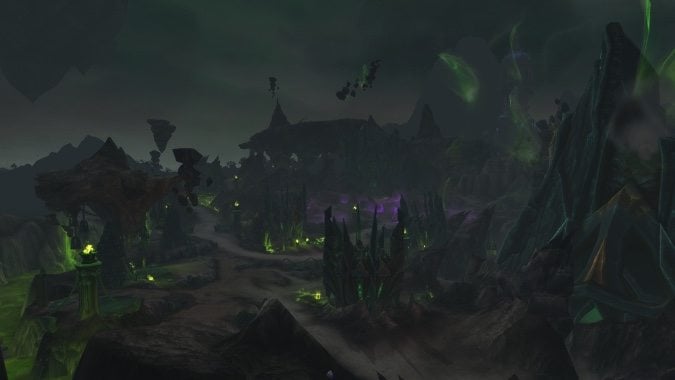 There’s no hiding it: as we’ve stumbled through the the Broken Shore we’ve stumbled into more than a few bugs. The latest hotfixes squash a few more Broken Shore problems and continue to address class issues Blizzard has had trouble with. But the big news here is Nethershards. Over the weekend you may have noticed that the drop rates have changed, meaning some of the easier ways to get Nethershards have vanished.

The goal is to avoid what Ornyx calls a “Timeless Isle frogs” situation, where mindless grinding is the very best way to get Nethershards. That means lower difficulty stuff no longer drop Nethershards at all, rares drop more Nethershards, and both Sentinax objectives and mobs grant more. If this put a crimp on your Nethershard farming, don’t worry, because Legion Assaults, coming on Tuesday, will offer plenty of shards.

Everything, from classes to Nethershards, is in the full hotfix notes below.