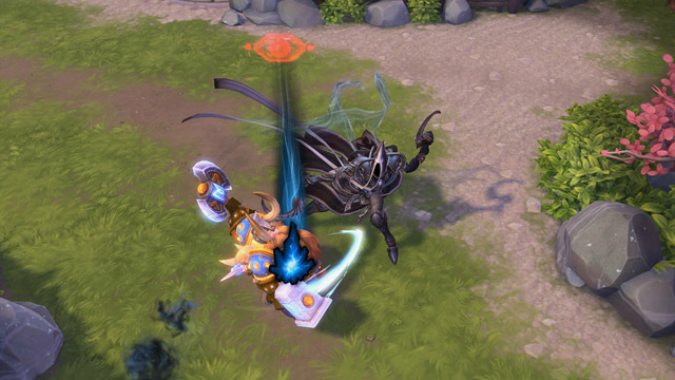 Malthael is the new hotness for Heroes of the Storm, what with his imminent arrival alongside the Malthael’s Bargain in-game event. If you’re interested in this new hero, check out the hero spotlight below.

However, Malthael isn’t not the only point of interest in the latest patch notes.

First, Thrall is the latest hero to receive a rework. While he retains his old base abilities, some have been changed– and his talent tree is all-new. He’s received a spread of new quest talents and with these changes, has a few different clear builds depending on your ability preferences: Chain Lightning or Feral Spirit.

However, this rotation only applies to Ranked play! As of this patch, all 13 maps will be available in VS A.I., Quick Match, and Unranked play.

You can check out the full, comprehensive patch notes below.

Once the Aspect of Wisdom, Malthael abandoned heaven after the Worldstone’s destruction. In secret, he had resolved to end the Eternal Conflict by becoming a Reaper of Souls and eliminating everything affected by demonic corruption, including humanity.

Developer Comment:  We started looking at Thrall for a talent update as many of his talents were older generic talents, and Thrall ended up having a clear build path. Our pillar for this update was creating more talent diversity and unique ways to play. The changes to Feral Spirit add new opportunities for Thrall to make big plays, while allowing him to continue his role as a lane bully, or play with the team, depending on your playstyle. Overall, Thrall is now flush with Quest talents, and this is something we wanted to explore and are excited for your feedback.

Blizzard Watch is made possible by people like you.
Please consider supporting our Patreon!
Filed Under: Malthael, Patch Notes, Thrall
Advertisement