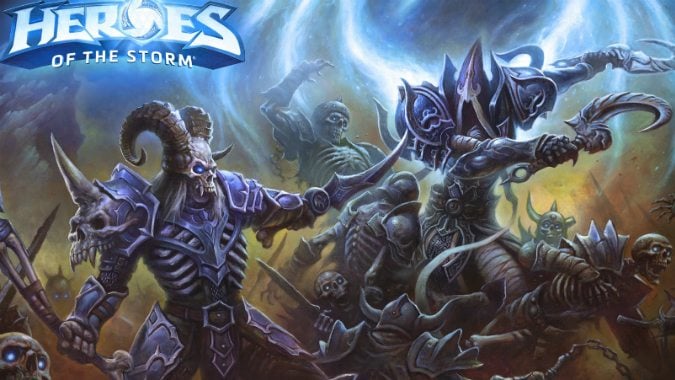 Malthael is the next hero to arrive in Heroes of the Storm. Accompanying his arrival is the next Heroes of the Storm in-game event: Malthael’s Bargain, a crossover with Diablo 3. Between June 12 and June 26, if you play 15 games with a friend in VS AI, Quick Match, Ranked, or Unranked as a Diablo hero, you’ll earn rewards in both Diablo 3 and Heroes. The rewards are as follows:

Speaking primarily as a Heroes player, that Epic Loot Chest alone is worth the effort. And for those uncertain, the following heroes qualify as Diablo heroes:

As you can likely see, Diablo characters cover the full range of roles, and you shouldn’t have much trouble assembling a full Diablo team. If you’re brand new to the game and don’t yet own many heroes, Valla is a cheap purchase and isn’t too difficult to play, either.

Remember: This event only runs from June 12 through June 26. Don’t miss out!

Blizzard Watch is made possible by people like you.
Please consider supporting our Patreon!
Filed Under: Events, Malthael, Malthael’s Bargain
Advertisement