Malthael is coming to Heroes of the Storm 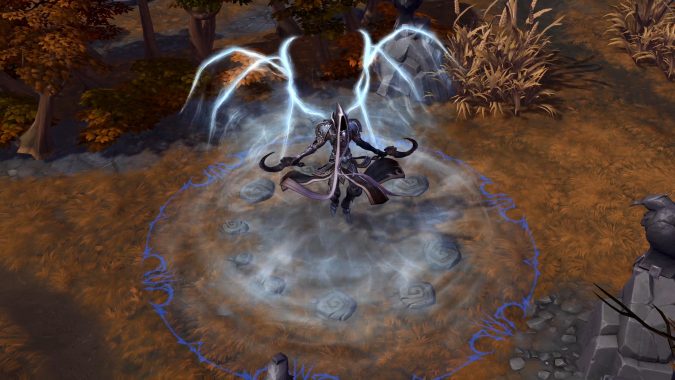 The Heroes of the Storm community has spent the last 24 hours or so in not-so-quiet anticipation of a new hero, thanks to the teaser that appeared on both the launcher and the official Twitter account yesterday afternoon. Guesses as to who the hero — if a hero was even being teased — ranged from Deckard Cain (sorry, Anne) to a random kobold to Third Guy. Turns out, Blizzard was trying to pull a misdirect — hitting the Nexus soon is none other than Diablo’s Angel of Death himself, Malthael.

Malthael will be a melee Assassin hero who seems like he’ll be a good counter to high-health tanks or stealth heroes thanks to his trait. What trait, you ask? Reaper’s Mark, a passive effect that causes his melee strikes to apply non-structure targets with a debuff that not only reveals heroes, but also drains 2.5% of their maximum health every second for 4 seconds. His trait will be a key part of his gameplay, as all of his basic abilities either rely on or apply the Mark. See for yourself:

If you’re like me, you may not have seen the value of Tormented Souls over Last Rites immediately, but in combination with Soul Rip (Q), Malthael will be able to do a massive amount of self-healing while still dishing out a sizable amount of group damage. Of course, I’ll still probably end up taking Last Rites because, frankly, it sounds awesome against targets who let themselves dip too low. Overall, even though he’s not Kel’Thuzad, I’m excited as ever to start reaping in the Nexus — plus, I can finally reunite Malthael with his long-lost mount.