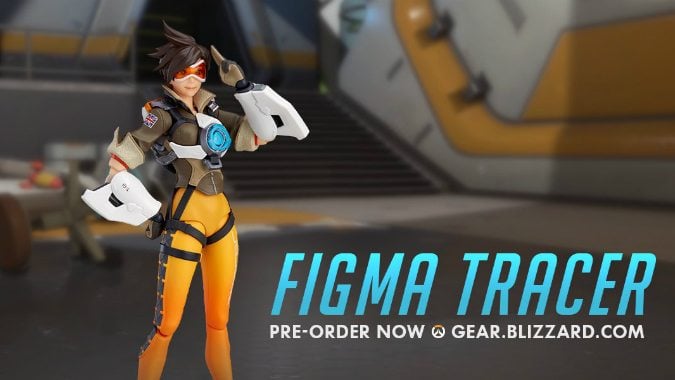 The Figma Tracer’s product description is as follows:

From the globally popular multiplayer first-person shooter Overwatch® comes a figma of Tracer!

Figma Tracer is made of painted ABS and PVC and is approximately 140mm in height.

If you pre-order, the Figma is expected to ship by the end of Q4 2017, which might make it a decent holiday gift should you be planning that far ahead. The Overwatch Twitter account also tweeted this figure is part of a new series of collectibles. If Tracer isn’t your jam, she’s hopefully only the first of many — maybe there’s a Widowmaker in your future that won’t hit you in the wallet for $150.