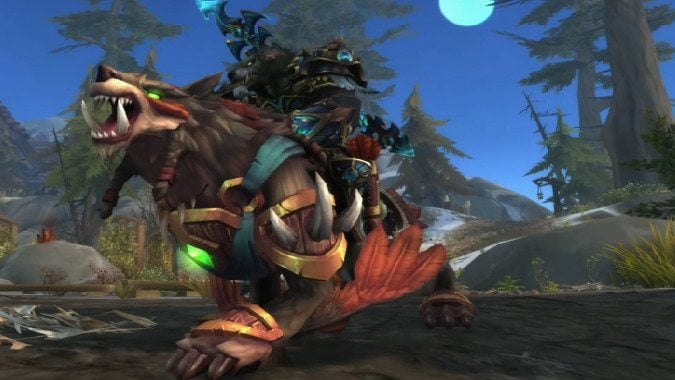 I don’t know if it has been mentioned but Tuesday’s maintenance is listed as running from 7AM to 3PM Pacific Time. I hope it doesn’t take that long and the game doesn’t have problems after the patch. Fingers crossed.

This struck me odd as well. My hunch is that they’re doing some server upgrades or movement and need more time to execute and test. Usually patches themselves don’t take very long these days — it’s not 2007, after all (anyone else feel old?).

Since this is a “minor” patch that’s not a 7.3… it makes me wonder what they’re up to. We’ll probably not know for quite awhile, but interesting nonetheless.

Just finished watching Microsoft’s press conference for E3. I hate myself for yet again falling for the hype but I’m so excited about Assassin’s Creed: Origins, Shadow of War, Life is Strange: Before the Storm and Anthem.

I am an absolute sucker for Assassin Creed games. I have no idea why — they’re a tad repetitive, but they’re also the kind of thing that you can get lost in pretty easily. Setting Origins in Ancient Egypt just seems like the perfect backdrop for the story. From a historical perspective I’m not entirely sure it’s going to make much sense, but I’ll reserve my judgment.

What is alt leveling like in Legion? I’ve only been focusing on my main, is it worth getting another one started?

Yes. For sure. There’s a few different reasons.

First, the artifact quests are unique — none are really the same. There’s some connecting elements, but it’s not like you’re playing the same quest line over where “Warrior” is replaced with “Mage.” If you pay attention and know your lore (see what I did there? I crack myself up…), then there are some weapon quests that are incredibly significant. That’s just pure gold.

Second, the class halls are unique enough where you actually feel like you’re part of a larger class. I pray that the halls carry over into the next expansion. I know that weapons won’t be, but the unique experiences of getting together not with your own faction, but with your own class, collecting, sharing knowledge, and going about things for a greater good makes the game something else entirely for me.

The leveling experience outside of the artifact weapons and class halls is still the same WoW, however. But the parts that are unique tend to be enough so that it warrants leveling up alts. With the introduction of the new heirloom levels tomorrow, I suspect that we’ll see a massive wave of people getting through class hall campaigns their class mounts.

Is the LFR version of Seige of Orgrimmar soloable?

Everyone tells me it is — but I haven’t attempted myself yet beyond the first few bosses. I wouldn’t be too surprised that there’s some challenges here and there, but for the most part it should be. As with all old content, some of it can be much easier if you can heal yourself fully.

Or if you have a pet. My hunter can solo anything; not even joking. Towards the end of Legion if I keep him geared up (I’ve fallen behind in the last five months, but prior he was nicely geared) I want to see what Legion content I can do on my own. Wouldn’t be surprised at all if I can get through more than I should be able to.

Blizzard Watch is made possible by people like you.
Please consider supporting our Patreon!
Filed Under: Alts, Assassin’s Creed, Wow Maintenance
Advertisement