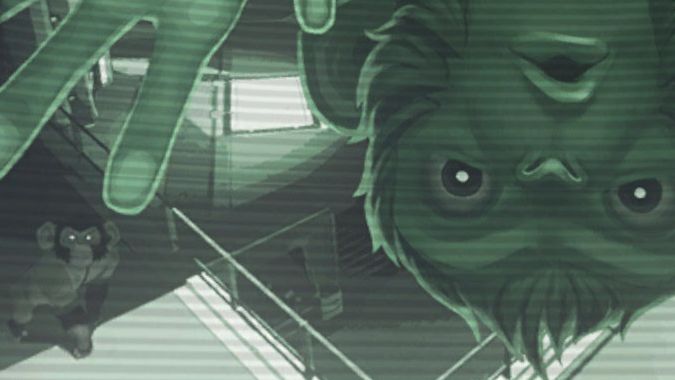 The latest patch for Overwatch not only brought some hero changes to Reaper, McCree, and Roadhog, it also allowed players to take one small step outside of future-Earth, and one giant step straight to the moon. Which is to say, the Horizon Lunar Colony map is now live, and it’s probably my favorite addition to the game yet. The map manages to be a fun addition both in terms of gameplay and level design. Oh, and lore — which, in classic Overwatch fashion, is all in the details. 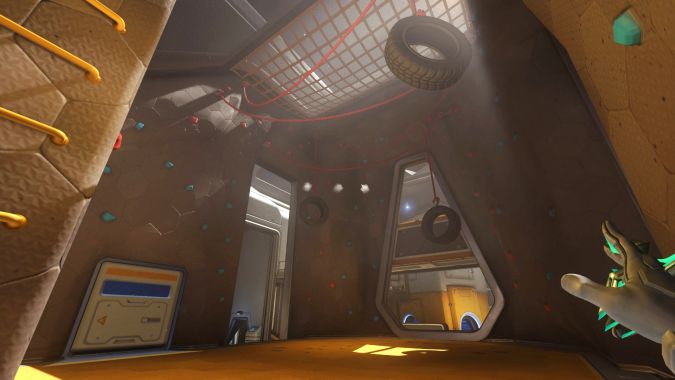 Low-gravity adds a perfect reason to fight in space

For starters, Lunar Colony is an Assault map in the same vein as Hanamura, Volskaya, and the Temple of Anubis — which means one team will be on defense, while the other is on offense trying to take point A and subsequently point B. Granted, I haven’t played that much of it yet, but my initial impression was that it felt a lot like Hanamura in that the first capture point — a gorilla playpen, by the way — is going to be the more difficult point to capture.

One of the coolest gameplay features — albeit one I wish were used more in areas directly on the way to the capture points — are the low-gravity zones that take place on the moon itself. There are a few of these that can be used as shortcuts or hideaways and are accessed via automatic airlocks, but the real fun comes from using them as a place to fight. Outside of the low gravity changing how you approach combat, all of the outside portions are more or less a small walkway overlooking a ledge.

In other words, if you can manage to knock someone back, they’ll not only fly into the air and float a long ways away, they’ll do so as they fall to their untimely demise. It’s great fun! Like I said, I do wish more of these areas were in the direct route to the capture points to encourage more fighting in them, but even the small amount of them Lunar Colony has is a total blast. I do sort of wish we got some spacesuit skins to explain how we breathe out there, though. 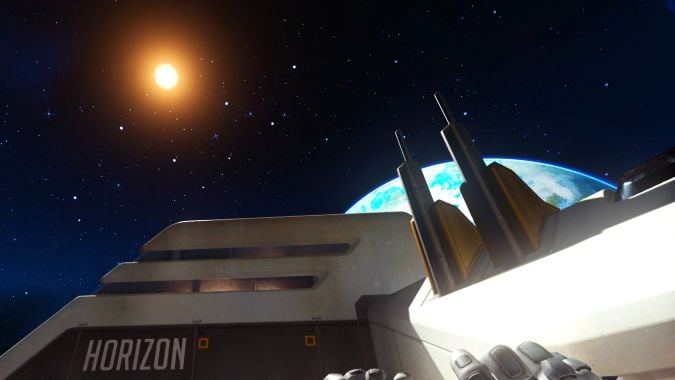 The level design is all-around awesome

This is the part of the Lunar Colony map that really made me instantly fall in love with it. A lot of this has to do with the level’s ambience, which, seriously, huge props to the sound-design team. Not that the sound team hasn’t done stellar work before, but they’ve stepped it up here with their lunar work (badum-tish). Walking into certain rooms activates a voice over the room’s PA system which will say things like, “How about a snack?” when you enter the kitchen or “Welcome to the classroom, please take your seat” when you enter the classroom. {PB}

Arguably even cooler is the way sound all but vanishes when you enter the map’s outdoor areas. For gameplay reasons, the sound isn’t completely gone, but it may as well be. If you’re not playing with headphones or a very loud sound system, stepping out into the vacuum of space will legitimately feel like you’re stepping out into the vacuum of space. Given how many space-based games and movies ignore the lack of sound, it’s cool to see the Overwatch sound team not skimping on the details.

On top of that, there are things like a button on the floor that opens the moon-bay window if you step on it, and a telescope that you can interact with to see the Earth up close. Personally, I recommend creating a custom game by yourself and wandering around the map without the music so you can experience the full extent of the map while also being able to appreciate what the sound team has done. Plus, a custom game will allow you to explore all the little details of the map and find some interesting lore nods. And, trust me, there are definitely lore nods to be found. 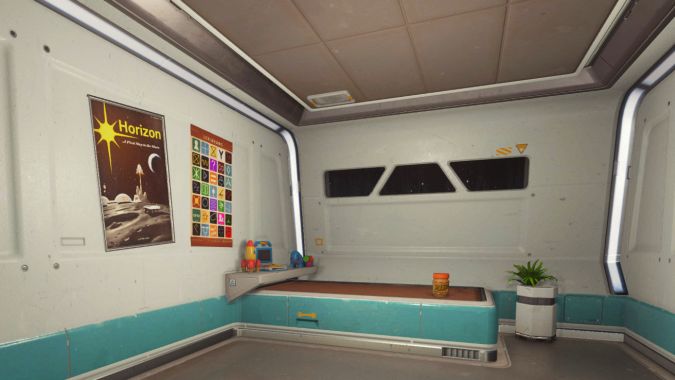 The map may hint at an upcoming hero

Anyone who followed the long ARG leading up to Sombra’s wonderful BlizzCon-ceremony hacking knows that references to her were in-game long before she was. Horizon Lunar Colony gives us something similar in its references to Simon and Hammond. Hammond appears to be missing — which is exactly the same status given to Winston — while Simon is discussed in almost all of the correspondences found on the colony’s computers. And given Jeff Kaplan’s quote that a new hero is “on the horizon,” I wouldn’t be surprised if one of these two is coming to the game in the near future.

There’s not a ton on Hammond, but there are some interesting bits about Simon. Simon, as it turns out, appears to be a trouble-maker. He is mentioned repeatedly as such, and — assuming it actually is him — this article’s header image gives a pretty good idea of the good-versus-bad nature of Winston compared to Simon. Personally, I’m hoping for an evil, mobile chimpanzee hero to act as a foil for Winston, but Hammond’s MIA status still leaves one wondering if perhaps he’ll be the next hero instead.

Now, even if the details of the gorilla uprising aren’t pointing toward a new hero, they’re still interesting for anyone who loves the game’s lore. We don’t have pictures of all the specimens’ numbers, but cross-examination of some of the images found in the map give us an idea of who and what several specimens were.

For example, Specimen 26? Her name is Ellie, and she doesn’t seem to like Specimen 10 — or possibly 15, it’s a bit hard to tell —  who appears to be an orangutan. Specimen 23, Hypatia, is dragging a lab coat, which… is probably not a good sign for the scientist who formerly owned it. There are a few more of these, but it’s fun to find them on your own — point being, we have a much better idea of the apes involved in the lunar uprising.

For being a game that is exclusively multiplayer, Overwatch still manages to find awesome ways to incorporate the story behind its characters and universe. There’s a lot more to the map, but hopefully this has at least piqued your curiosity. If you want to guarantee a game on the Lunar Colony map, one of the Arcade brawls has no modifications, but is exclusively played on it — or you can always make your own custom game for wandering around uninterrupted.