Big changes to Artifact Knowledge may be coming in patch 7.3 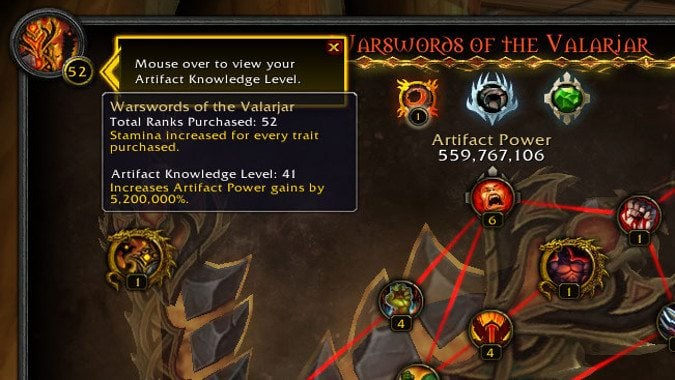 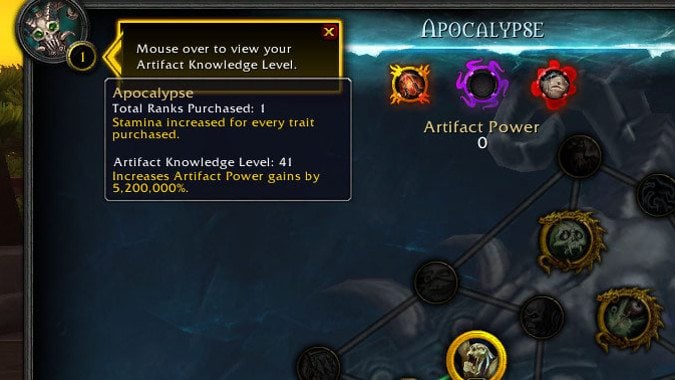 With Relic Customization coming in patch 7.3, it seems that Blizzard has decided to streamline the acquisition of Artifact Knowledge. This may be in order to let players focus on that new feature, instead of grinding out AK to upgrade your Artifact. The new ranks multiple your percentage of AK as follows: {PB}

Since the Netherlight Crucible is coming in to allow for Relic Customization and we’re looking at some pretty massive multipliers to Artifact Power from AK levels, I can only assume that it will not be cheap to customize those relics. But at least you won’t have to worry about grinding up Order Resources if you’re on an alt. 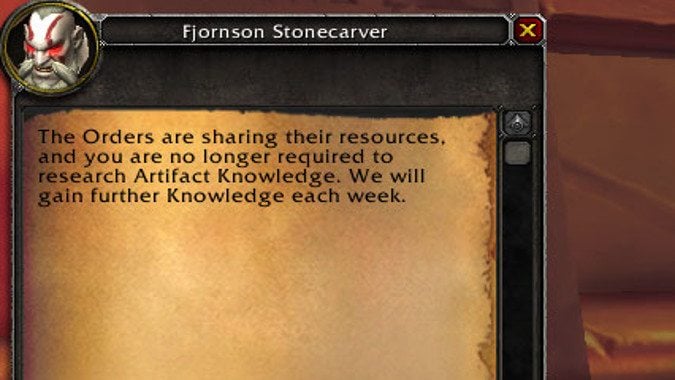 The Wowhead post even points out that a new legendary is on the way — the Insignia of the Grand Army — that buffs the Light and Shadow powers granted by the Netherlight Crucible. This makes it likely to play a pretty big role in Patch 7.3, which in turn means the change to Artifact Knowledge makes even more sense. Right now it’s wait and see on what the catch-up mechanic is.

On live servers, you can spend your Order Resources to buy enough Artifact Research Compendiums to boost your AK to 40 as soon as you hit level 110. If that’s removed without any replacement in 7.3, a lot of players would be unhappy. It would take most of a year — 50 weeks — to get from AK 1 to AK 50 if there was no other method to catch up, whether it’s simply ‘everyone starts at level 41’ or some other mechanic.

I’m not at all sure what I’m going to do with all these Order Resources now, that’s for sure.