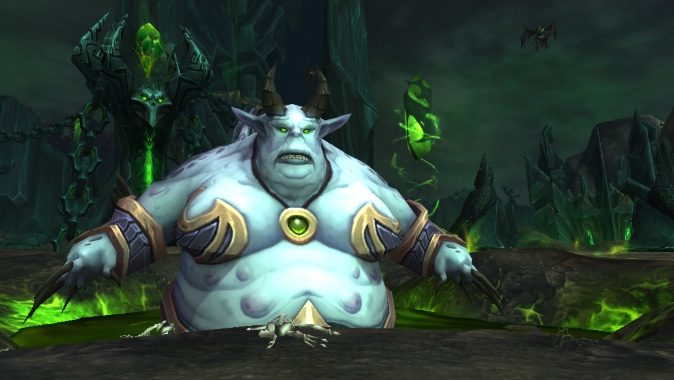 In patch 7.3, the world boss rotation will finally be on a set rotation. This is great news for anyone still trying to collect Artifact appearances or profession recipes. The rotation has been random so far, and it’s frustrating when you need the bosses for achievements. The lack of a set rotation has made several different Artifact appearances and tints nearly impossible to collect and has left some professions without their rank 3 recipes.

For all classes, Unleashed Monstrosities requires killing 8 of the 11 total world bosses and it rewards one of the Artifact tints for the Balance of Power appearance. The world bosses were also the only way for some classes to get their hidden Artifact appearances. Flotsam and Levantus drop The Warmace of Shirvallah for Enhancement Shamans, Fury Warriors need both the Skull of Nithogg and Skull of Shar’thos for The Dragonslayers appearance, and The Soultakers have the Runes of the Darkening for Frost Death Knights.

The weekly world boss rotation is currently random. In 7.3, it will be changed to a fixed rotation. https://t.co/RMpQpnHPei

The world boss rotation has seemed especially wonky lately, with some bosses appearing back to back and others not appearing for months. Sure, it’s great to see Withered J’im twice in a row if you need the Unstable Arcanocrystal, unless you’re a Fury Warrior trying to get the skull from Nithogg. To alleviate this unintended randomness, the devs added the hidden Artifact appearance drops to Trial of Valor as well.

Unlike the world bosses, they aren’t 100% drops, but it’s helpful to run LFR each week rather than wait indefinitely for the right world boss to spawn again. Bad luck protection is also in place, making it more likely you’ll get the appearance with every kill you make. Odyn can drop the items for Fury Warriors, Helya can drop the appearance for Enhancement Shamans, and Frost Death Knights have found their appearance in Icecrown Citadel from both the Lich King and Deathbringer Saurfang as well as from the Four Horsemen in Naxxramas.

Some of the bosses also drop much needed rank 3 recipes for professions, like Potion of Prolonged Power, Vantus Runes for Tichondrius and Guarm, the Mage Jewelcrafting neck, and the technique for Legion Butchery for Skinning.

All in all, this change is a very good one, though a little later than players would have liked.