The Queue: A tired Liz is… a tired Liz 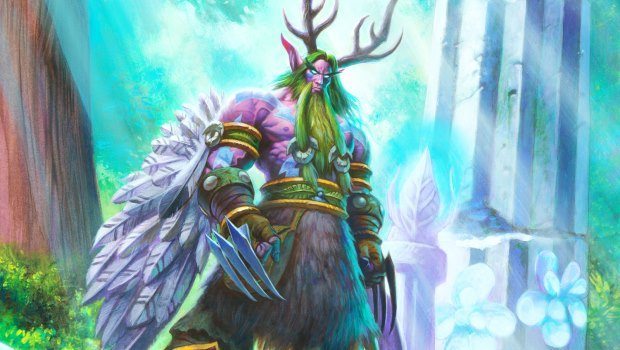 Hello, fellow gamers! Liz is way too exhausted to finish the Queue today, so instead you have my zombie-like ghostly presence instead. I’m sure it will be totally fine.

What’s one of the first things I do when I get to Argus?
Is it kill a bunch of demons? No.
Is it save troops dying on the battlefield? No.
I’m catching new battle pets. What is wrong with me?

I think you mean mean what’s right with you? And the answer is lots of things.

Do you expect a WoW Expansion announcement at BlizzCon?

Since there wasn’t one at Gamescom, I absolutely expect we’ll see one at BlizzCon. Any later than that and it’s going to feel like an awfully long wait between 7.3 (presuming it is in fact the last patch of Legion) and what comes next. And even if they do announce it at BlizzCon, we may be in for an awfully long wait.

I’m dreading it in advance.

Q4TQ: Do you think Argus got Doomsayers once Azeroth appeared in the sky?

I really liked StylistShuanna’s suggestion of imps handing out pamphlets suggesting the Legion join the Army of the Light, but I have trouble picturing the Legion dropping their smug superiority act for long enough to even formulate a thought like this. Mortal races (like us, dear readers) question themselves all the time. Did we do the right thing? Could we have done better?  (And, of course, why the heck did we free Gul’dan?) But self-doubt seems to be something the Legion is free of, which leaves them Doomsayer free. No one would doubt their cause so much as to question it.

Of course, imps might just do it for the pure amusement value. I mean, we’ve al met Daglop, right? Those guys have a unique sense of humor.

How can we defeat the Burning Legion if the Army of Light can be taken down with a single cannon shot? Talk about a glass jaw.

{PB}I’m more concerned about the tactical implications. Who thought it was a good idea to decloak right over enemy territory like that? Did they assume the Legion just wasn’t paying attention, which implies a serious lapse in judgement? Or did they not know the Legion had such powerful weaponry, which implies a serious lapse in intelligence-gathering? Both suggest worrying things about our chances in this fight. Have we gone all the way to Argus to meet up with the Army of the Light just to find out that they’re terribly incompetent?

Let’s hope not, for all of our sakes.

Why is Blizzard so invested in jerks like Illidan and Malfurion? And what is the next most stupid thing they (Illidan/Malf) do?

Sometimes, I think the jerks are more interesting than the goodie two shoes heroes. Characters who are flawed are a lot more interesting than characters who are perfect — and that goes for both good and evil. Look at Slyvanas, for example. She’s definitely not fighting for the side of good, except where it happens to align with her own needs, but I’ve loved seeing her take center stage anyway. She’s cruel to the point of viciousness, but she’s interesting. Arthas falls into the same category. He made some terrible life choices and left a bloody trail in his wake even before becoming the Lich King — but there’s a serious pathos to him. You can even sympathize with the guy.

These flawed characters also help drive stories. Watching a cast of perfect heroes being perfect heroes would be dull — you need people making mistakes, having lapses in judgement, or just doing the wrong things so everyone else has something to respond to.

But that said, being flawed (or a jerk) isn’t enough to make a character compelling. Malfurion is probably my least favorite character in the game because he just feels kind of flat. He makes plenty of mistakes (thanks for getting Ysera killed, Malfy), but he often seems to lack both motivation for his choices and the ability to get himself out of the messes he makes. (Be aware, however, that I’m really only going by in-game story here. I’m not a lore-hound like some of us, so you may want to try asking Anne or Rossi if you want a more in-depth answer.) All we seem to see him doing in Legion is whine and occasionally show up to do absolutely nothing worthwhile. Ugh.

Illidan, despite being a jerk, strikes me as much more interesting. He’s driven to save his people despite the consequences, and it has cost him everything. Harnessing the Legion’s power to use against them has made him a mistrusted outcast… which come to think of it is probably at least part of the jerk thing.

And now, the ghost of Liz must once again depart this realm (possibly for a nap or ten).  Please leave your questions in the comments for tomorrow’s Queue, which will feature a surprise Rossi. (So load up on your dinosaur, Warrior, and Diablo questions.)

I will be back this time next week, perhaps as a zombie-ghost and perhaps not.