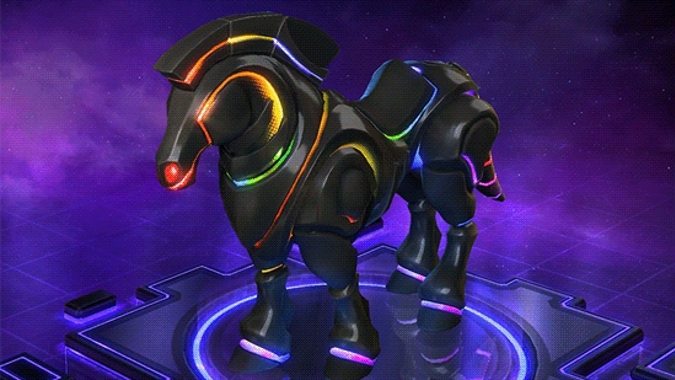 The Heroes of the Storm team just announced a whole bunch of new information about the third ranked season of 2017. Though some information like dates may technically be more valuable, we know everybody just wants to see the sweet mount reward.

This month’s mount appears to be unnamed for now, but it looks like a cool robot horse in a variety of tints. You have to reach Platinum rank in hero league or Bronze rank in team league in order to earn the less flashy mount. For the epic mount, you have to reach Master rank in either hero or team league.

The way to reach those ranks has been altered a bit for this season. Players can now end their placement games directly into Master rank. The Heroes team wants to avoid the first few weeks of every season being a confused muddle of varying skill levels in Diamond, the previous top rank you could end up in after placements. Grandmaster rank will also unlock later in the season too, to give that shuffling a bit of time to settle.

Mark your calendars for the beginning of 2017’s season three, which will happen the week of September 5th. The season is slated to end the week of November 14th, so if you’re going to BlizzCon you may want to knock your games out early.