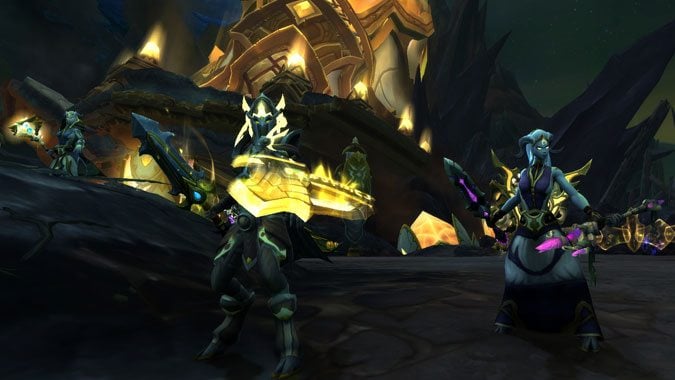 A new round of hotfixes for patch 7.3 has been released, just in time for the weekend. Players that are still on the Broken Shore should take note that the building accumulation rate has been increased. With so many players on Argus now, buildings have understandably slowed down. This change should bring them back up to the same rate they were prior to 7.3’s release. In addition, Chain Lightning should now have the same casting animation in both Resto and Elemental specializations.

Oddly enough, the last section of hotfixes addresses some very old dungeons. Two encounters in The Deadmines and Sunken Temple were not awarding loot, and that’s been corrected. In addition, two old quests in Razorfen Kraul and Wailing Caverns have been adjusted and made a little easier. Why the changes now, all of a sudden? Apparently it’s never too late to go back and correct old content. Read on for the full list of hotfixes below.