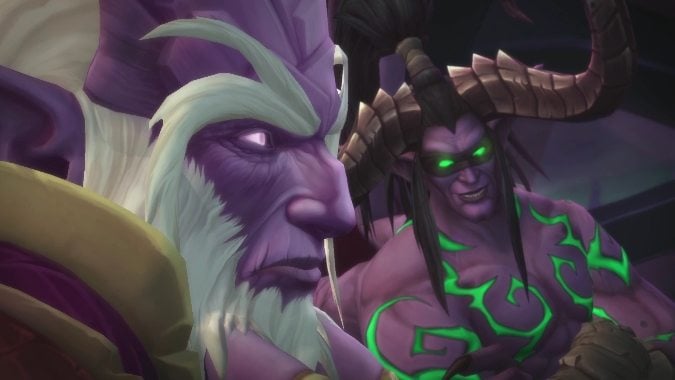 By now, players are unlocking the Netherlight Crucible, the Seat of the Triumvirate 5-player dungeon, and otherwise finishing up with the Shadows of Argus storyline. And I’m not arguing that the story for the patch is bad by any means… But I am curious as to whether or not it’s enough. Are you satisfied with the story we have?

Keep in mind that there’s more story inside the as yet unreleased Antorus raid, and man, it’s a doozy all told. But still, three weeks of new story quests and now we’re basically left to wait on the raid. I personally feel a bit unsatisfied with that. But this could be because I’ve shifted away from high-end raiding and mainly consume my World of Warcraft through the lens of single-player and small-group content. For me, Invasion Points and the Seat are my jam, so I’m a little disappointed that I won’t be getting any more content than this for a while.

But I will be hitting up LFR because there is no way I’m missing the lore in this raid. This is the one that settles a storyline that’s been running since Warcraft II. I very much want to see how it ends, and I can’t honestly say that Blizzard hasn’t gone above and beyond in terms of story quests this time around. So what do you think? Has Shadows of Argus given you enough story?

Blizzard Watch is made possible by people like you.
Please consider supporting our Patreon!
Filed Under: Antorus, Patch 7.3, Seat Of The Triumvirate, Shadows Of Argus, Story Quests, Storyline, The Burning Throne
Advertisement