Heroes of the Storm: What is quick casting and why is it important? 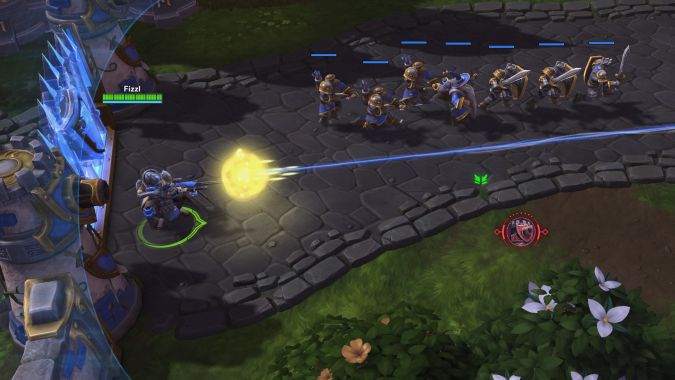 If you’re even a casual fan of Heroes of the Storm, it’s still a good idea to understand the ins and outs of the game. For example, even if you never play a particular hero, it’s still helpful to know their main ability kit. Similarly, understanding what quick casting is and how to use it will improve your game even if you use it sparingly.

Quick casting is a different way of using your abilities — I like to think of it as the Heroes equivalent of using keybinding in WoW instead of clicking. It may not seem like a huge difference in how long it takes you to use an ability, but those split-second differences can really add up. Not to mention that having fewer steps in your casting process means you can focus on other aspects of the game. In general, understanding quick casting is useful for players of all levels, and will make a difference in how well you perform. 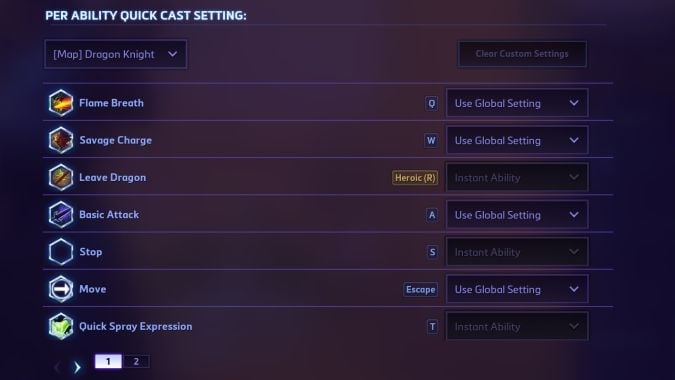 To access quick-cast settings, all you need to do is head to the “Hotkeys” portion of the Menu and find the bottom tab labeled “Quick Cast Setting.” It’s important to note that each and every ability in the game can have its own quick-cast setting. When I first heard about quick casting, I assumed it was all or nothing. Thankfully, it’s not — unless you choose to change it from the default — and you can customize everything to use one of three quick-cast settings:

If you’re not sure when to use which type of quick-cast settings, don’t worry — we’re just getting started.

When to keep quick casting off

There aren’t a whole lot of situations when I find myself using the default options, but global abilities like Nova’s Precision Strike or Abathur’s Toxic Nests aren’t always time-sensitive abilities and can potentially be used without quick casting. That said, I’m an advocate of quick casting, and that’s also what we’re here to talk about — so let’s focus on that!

When to set quick casting to “On”

Setting quick cast to “On” can be risky if you don’t know which types of abilities work best for it. For example, skill-shot type abilities with a long cooldown or simply ones that are important to not miss with aren’t always the best choice. In one match, I forgot I’d set Arthas’ Summon Sindragosa to “On,” and hit my R key… resulting in Sindragosa flying off in the direction of my mouse, missing multiple buildings on the way, and activating the ability’s cooldown.

{PB}However, abilities that have specific targets — Malfurion’s Regrowth, Stitches’ Devour, Zarya’s Shield Ally etc. — all typically work very well with quick casting enabled. In general, I tend to use any healing or support-like abilities with quick casting turned on. When you’re in the thick of a team fight and are the one in charge of keeping your team alive, a split second can make all the difference between life and death for you and your teammates.

Outside of those, another great time to keep quick casting on is when you rely on combo-ing your abilities. In fact, my first foray into quick casting began when I was consistently missing out on the one-two punch of Diablo’s Shadow Charge and Overpower (or vice versa). Charging an enemy, clicking Overpower’s keybind, then moving my mouse to and clicking on the hero didn’t take long, per se, but it took long enough that the hero would get out of melee range before I could hit them with Overpower.

With quick casting on, I can pull off that (fairly critical) combo no problem. A similar situation can be said for Valeera, who — quite literally — relies on combos. She attacks fast and makes a habit of bursting heroes down before they can react — but that’s a lot harder to do if you’re hitting a keybind, moving a mouse, and clicking the enemy for each ability. With quick casting on, she’s truly deadly. 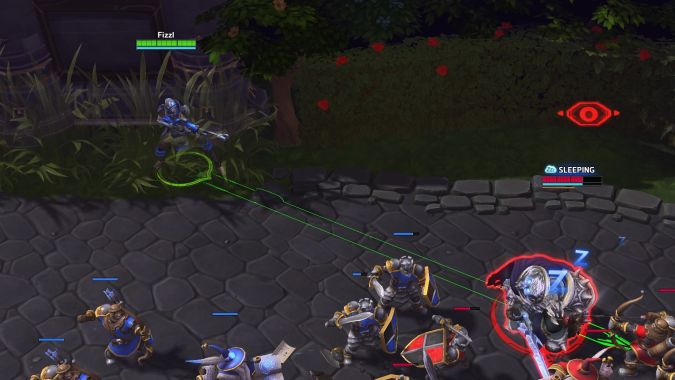 When to use “On Release” quick casting

On-release quick casting is likely to be your more common choice, especially when you’re first learning how to quick cast. As I mentioned above, on-release quick casting means you get to aim an ability as long as you hold down the hotkey, and then you can fire it off as soon as you stop holding down the hotkey. And don’t worry, you can still cancel using the ability by right-clicking — it’s part of what makes On Release so nice, you get to take aim and decide if you have a clear shot or not.

Take Kel’Thuzad, for example. Aiming his Frost Nova ability can be critical in slowing enemies, rooting them, or missing entirely. With on-release quick casting, you can aim the ability for a quick second while you try to predict your enemies’ movement, rather than aiming, clicking, and having them head in a totally different direction in the time it took you to click. 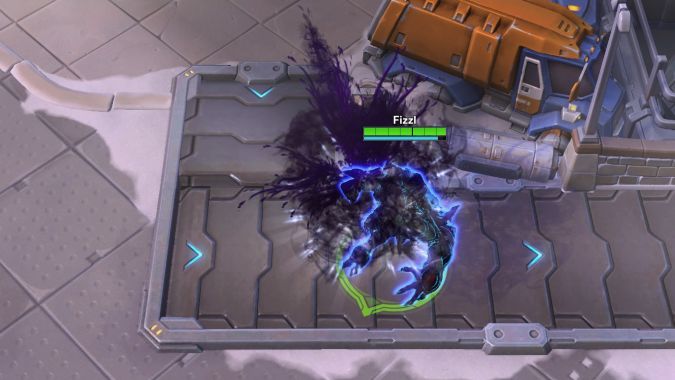 Situations that could go either way

There are a couple of situations where quick casting may sound good for both “On” and “On Release” settings, and those will ultimately come down to what you’re most comfortable with. These are likely to be any ability that involves movement of your character.

My go-to example for this is Genji. His Trait allows you to quickly jump over terrain and to key points in the map. It can be a great way to close in on an enemy, or it can be an invaluable escape tool. The thing is, it’s something you don’t want to mess up, but it’s also something you want to be able to use quickly.

In this case, having quick casting set to “On” can be a high risk/high reward. A misclick will not only put it on cooldown, it’ll also potentially ruin vital positioning. Then again, if it’s set to “On Release,” you run the risk of that split-second delay allowing an enemy to kill you before you can leap over terrain.

Similarly, Swift Strike is not just a skillshot ability, it’s also a wonderful escape tool and powerful combo move. You can use Cyber Agility to jump behind enemy lines, quickly activate Deflect to avoid damage, and Swift Strike out before you take more than a single hit. It requires quick timing, but can be useful in disrupting heroes and minions behind enemy lines.

And if you manage to kill a hero in the process, you can quick cast Swift Strike again, potentially chaining several together. Then again, having “On Release” enabled will give you that extra bit of time to make sure you’re always hitting your target. Again, these will be the sorts of abilities you’ll have to experiment with and determine your own comfort level.

Quick casting is one of those things that seems daunting at first, but is pretty easy to get used to after you take that first step. If you’re nervous about it, practice on-release quick casting in AI games at first, work up to setting it to “On” for applicable abilities, and then try to put it all into action. I promise it will be worth it!