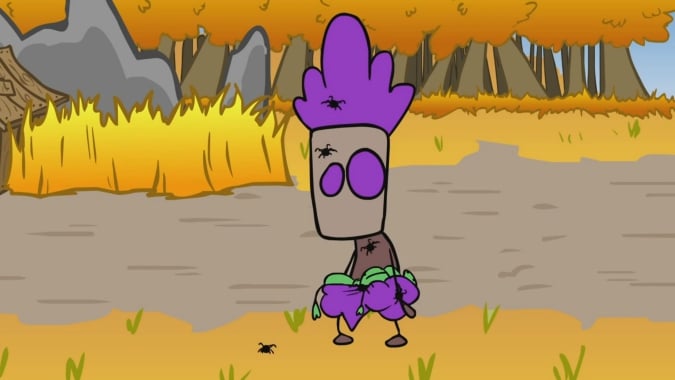 This Heroes of the Storm balance patch is mostly just some small tweaks and bug fixes. There’s a slight change to Ana’s talents which the developers hope will help her have more synergy with her team, for instance. Johanna is also getting a little bit of love after being hit by the nerf bat last patch. The only big change is to Nazeebo.

There was a slight redesign around Nazeebo’s Trait. The developers pulled his max health and regen down in favor of making his Voodoo Ritual restore more health per kill. This should make him considerably less tanky at higher levels, but also possibly give him better staying power in lanes. They also changed up some talents to avoid players feeling ‘locked in’ to one particular path once his first few talents were chosen, particularly with regard to his spiders.

The timing of this seems kind of strange, since Nazeebo was just beginning to poke his head back into the pro meta. The season end HGC championship taking place at BlizzCon 2017 is being played on the patch before this one though. Maybe we’ll see a lot of the witch doctor at BlizzCon!

Sadly, any changes made in this balance patch couldn’t bring Gingerdread Nazeebo out of the top spot in the creepiness meta. Nerf it already Blizzard, please.

Read on for the full patch notes.

We just released a new patch for Heroes of the Storm in order to apply balance changes alongside a few bug fixes.

Developer Comment: We want to shift more of Nazeebo’s Health into the amount of Voodoo Ritual stacks he has, as the reward for Voodoo Ritual was mostly felt in unlocking Vile Infection at level 20. We’re changing Spider Colony to no longer reduce the cooldown of Corpse Spiders, because the synergy between the Spider Talents were so high that if you picked any one of them the rest of your Talent choices were locked in. Since we are changing the level 16 Talent to now affect Plague of Toads instead of Corpse Spiders, we’re shifting some of the damage out of Plague of Toads into Corpse Spiders. For Superstition, we wanted to get most of the spirit of what the old Talent did, but have more gameplay interactions. Often the only counter play to Superstition lied in what the enemy team composition was, and we’d rather have more counter play relying in decisions made during the course of the game.

Developer Comment: Ana has had an incredibly successful launch into the Nexus, and seems to be falling into a great place balance-wise. We are still light on high-level data for her, so our changes this patch are very light. We realize that she has some synergy concerns and wanted to get a small jump on the largest catalyst to those – Overdose. While playing her internally before launch, we knew she had the potential to single-handedly shift the meta, not to mention increase the amount of double-support we see. Rest assured that we are keeping a close eye on both of these concerns and are prepared to act accordingly if the need arises.