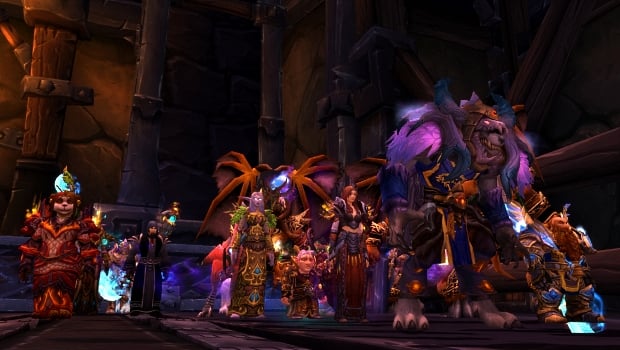 Okay, sure, it was a pretty good Queue yesterday, and here I am,  staring at my keyboard wondering what I have to say. Just like LFR, I can smash my hands against the keyboard and expect everything to work, right?  Let’s go with that.

Q4tQ: Now I don’t want to start a riot, because there should indeed be one if there’s no expansion announcement at Blizzcon, but… how connected to the “stuff that’s yet to happen” (Such as Antorus and… stuff we only know of from the PTR that comes after Antorus) can any new expansion announcement afford to be without spoiling things?

Like, if Ion opens with “now that the burning Legion has been defeated via the army of cosmic space hamsters who have imprisoned Sargeras in their giant hamster ball,” (silly plot taking the place of actual spoilers) “the world turns its attention to the next big threat,” he spoils the yet-to-happen cosmic space hamster plot… and yet, how does he discuss the next expansion, and indeed make it through a gzillion panels, without spoiling that which the PTR will seemingly still hold hostage? Does blizzard just assume that everyone has WoWhead as their homepage and spoil away….

Or is the next expansion almost jarringly way out beyond right field in the context of current knowledge?

Are they “obligated” to care about spoiling when they’re delivering a crazy awesome expansion announcement?

I think it depends on how you define “spoiler.” An expansion announcement, by its very nature, is going to drop some pretty big hints about what’s happening in the game’s story. But is it spoiling anything when Blizzard has decided it’s story information you should know? That’s the real question.

Let’s look at the release of Warlords of Draenor.  In Siege of Orgrimmar (released September 10, 2013), the final raid of Mists of Pandaria, we saw Garrosh defeated. Two months later, Warlords of Draenor was announced, and the trailer made it clear that Garrosh was free. How did it happen?  We didn’t find out more until the War Crimes novel (released May 6, 2014) detailed Garrosh’s trial and subsequent escape. (Uh, spoiler alert?) Blizzard painted a broad picture of the expansion to come, but we didn’t learn the details until later.

Of course, now we’re heading into BlizzCon and Legion’s next raid isn’t even out yet. But I’m pretty sure Blizzard can give us an expansion announcement without ruining Antorus (and anything else Legion has in store). Blizz can show us what we have to look forward to without telling us exactly how we get there, which still leaves us with brand-new stories to discover when they’re released.

(Anyway, we all know Legion’s going to end with Varian raising an undead army to wipe demons from the face of Azeroth, right? No? Just me?)

QftQ: How different were the storylines between Horde and Alliance this time in Legion? Am I missing a lot if I only played one faction?

Since we all hit the same zones, I’d say that the story difference between factions is mostly a difference in perspective…  but that can be a pretty big difference. Just consider the opening moments of Legion, where the combined armies of the Alliance and Horde raid the Broken Shore. On one side, Alliance players see Varian die as the Horde falls back. It’s a betrayal by an untrustworthy “ally.” But on the other side, Horde players see the Legion overwhelming them and their own leader cut down. Their only hope for survival — and perhaps Azeroth’s only hope for survival — is in retreat, in hopes of regrouping to fight another day. It’s a terrible choice, but it’s the only choice they have.

That’s a very different story. However, you’ll find a lot of content between Alliance and Horde to be repetitive, so whether it’s a must-play or not is really up to you. The biggest story differences in Legion are definitely in the class hall quests, which offer completely unique stories.  While each faction does have its own story, they follow the same rails (more or less).

Q4tQ (though more for commenters): Speaking of Destiny 2, what must it be like for people that are getting the Bnet Launcher installed just for that? “What the heck, Activision?! Why are all these other games listed here when I only want to play this unrelated one? Gah!” /napoleondynamite /tongueincheek

Adding Destiny 2 to Battle.net definitely feels a bit odd, but I can see how it makes sense for Activision-Blizzard. After all, the company already has Battle.net — a long-proven platform for managing games and patches — so why re-invent the wheel to make a new system for Destiny 2? It begs the question of whether we’ll see even more games added to Battle.net in the future (especially since Blizzard decided to keep the Battle.net branding instead of making it Blizzard-specific). If Destiny 2 on Battle.net isn’t some kind of horrible failure, I don’t see why we wouldn’t see more titles in Battle.net moving forward. 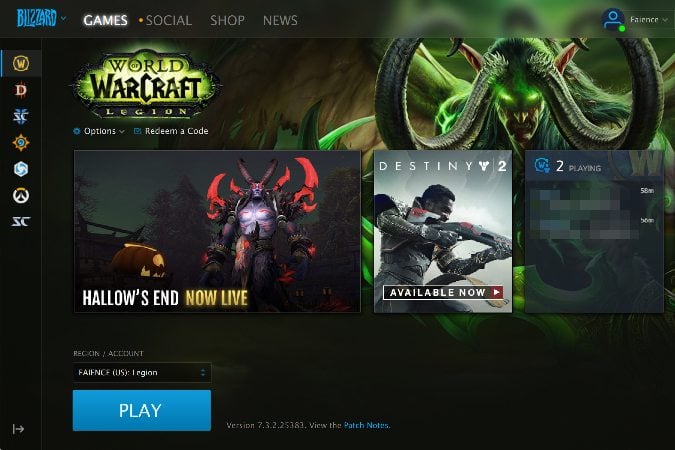 When you log on to Steam, you don’t see every single Steam game begging you to download and install it. You can browse available games or you can see the games you own. You don’t see everything, and that’s a point of confusion Battle.net will happen to address if the system keeps growing.

Honest Question for the Powers-That-Be at BlizzardWatch:
Is BW going to annex Destiny 2 into BW’s scope, and is there going to be a new section of articles for Destiny 2?

And thus my sarcasm makes me type these follow-up questions:
And if Call of Duty 57 shows up on the Bnet Launcher next, will BW have articles for it?
Will BlizzardWatch rename to ActivationBlizzardWatch?

Honest answer from the Powers-That-Be: we aren’t sure yet! We’ve posted a little about Destiny 2 because it’s the shiny new thing and plenty of people (including us) are excited about it. If people really want to read about Destiny, we’ll probably keep writing about it, and if they don’t we probably won’t.

And, honestly, that’s kind of what we do with Blizzard games, too. While, yes, we do cover all of Blizzard’s games, we definitely don’t cover them all with the same depth. StarCraft is the perfect example: we post big StarCraft news, but it doesn’t get many readers. We go into more detail with Warcraft and Overwatch because those do get readers.

In short, let us know what y’all want and we’ll do our best to make it happen.

Q4TQ: If Blizz puts the WoW nexpac on sale next week, would you prepurchase it? Would you save the boost or use it right away? 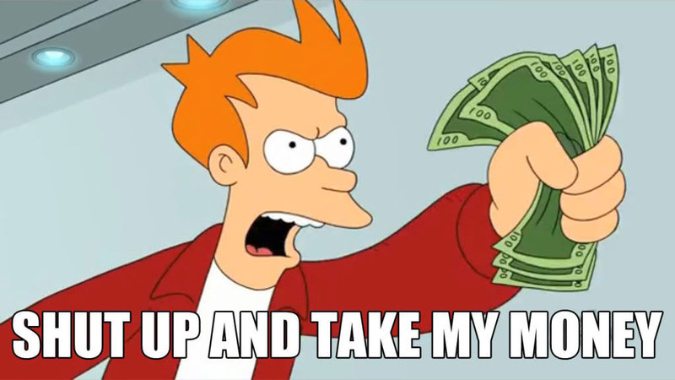 I’d probably buy it because Blizzard always seems to get me with some ridiculously adorable pet or mount or other bonus item that I just have to have right now. But I’m not sure what I’d use the boost on… especially since I have a lot of classes already at or near 110. I’d probably hang on to it until I found out more about how classes were going to shake out post-Legion… especially considering the rumors about new sub-races. I’d hate to burn my boost only to find out that there’s an awesome new race that I’d love to play if only I’d waited.

Okay, folks, that’s all for the Queue today. Anne will be with you tomorrow, so be sure to leave all of your best lore questions in the comments for her. And if you don’t have any ideas, I’ll start with this one: what the heck is a Void Elf?

See you next week!