The Queue: No major class changes, Ragnaros, Discord, and items 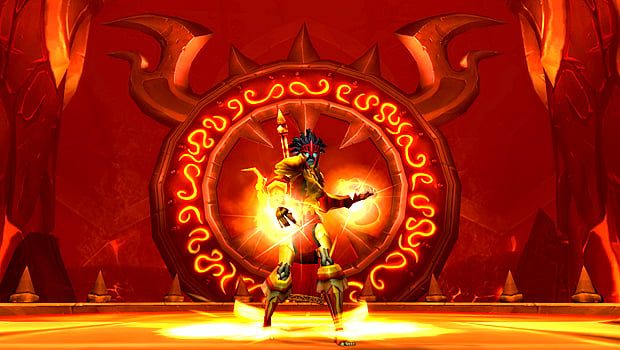 Happy Monday! Let’s start it off with The Queue.

Q For For Q: What do you all think about this “no major class changes in BfA“?

I think it indicates a few things.

First, somewhere the designers decided that the current class balance has been struck correctly, and that it doesn’t need much modification. I’m not sure I can argue with this, they have numbers that we don’t, and honestly having played all the classes, I can say that one doesn’t feel inherently better than the others (except Beast Mastery Hunters… always OP). I know that the others will strongly disagree, but I can at least see where the designers are coming from.

Second, there is advantages to not making large changes to the way the classes play each expansion. Tweaks, yes, but it’s not like Affliction Warlocks need a complete overhaul. Letting a playstyle sink in for longer will drive more people towards a deeper understanding of the class, which will lead to an easier time playing it overall.

Third … and this is where I’m going to get critical … I think it could end up being a tad shortsighted. Classes right now are balanced around our weapons, abilities that are fundamental to the class are present in the weapons, which while that’s okay (and fun, even), when they go away in their blaze of glory out in Silthus, we’re going to be left with some holes to fill. Do these change qualify as major class changes, and do they necessitate a re-balancing of the classes? It remains to be seen, but I could see a 5.1 patch that has some pretty significant class design modifications in it.

I don’t want to jump the gun here, there’s other things that I think one could say, calling doom and gloom on WoW over this, etc etc… but that’s not productive nor realistic. The jury is going to be out on this question for a bit, I think.

Q4tQ: When did Mitch get Admin rank?

Have you joined us on the Blizzard Watch Discord? If not, you should! Especially if you’re a Patreon.

Once we switched our daily operations to Discord I made a bunch of modifications to the groups and permissions. All Blizzard Watch staff have the same abilities in it, but Admins can close it all down if something catastrophic were to happen (like a discussion on gnomes in cinematics).

Do you think that the “this spell requires a one/two hand weapon” will need to go in BFA? I miss 1h fury and 2h frost.

I don’t, actually. I think this is the general direction that WoW has moved away from in its classes, constantly going towards specificity in spec design while leaving choices like 1H or 2H either inconsequential, or consequential but in a different spec.

This hits on my earlier point as well, that the current systems in place must have some data backing them up that they’re working well; and I think a change like this would necessitate a rather large class change at its core.

Wholly speculative and unfounded Q4tQ: do we know for certain that it is the Horde who sets Teldrassil on fire?

Obviously, there could be a plot twist in here, but we know that “they” (Horde) burned it down in the view of the Alliance commanders, which is really all that matters. As with most things, perception is the key. For all we know Ragnaros is back and disguised himself as an Orc and went and did his thing.

Actually that’s my theory now. BfA is just another redemption arc for an evil character. By the end of the expansion we’ll all hug Ragna’ and go cook some hot dogs off him.

Blizzard Watch is made possible by people like you.
Please consider supporting our Patreon!
Filed Under: Ragnaros
Advertisement